Superior Spider-Man has a battle in the dream world while something is taking over his body and psyche. Obviously, this calls for Sleepwalker.

I did something today that I usually end up regretting. I picked up and bought a comic solely based off which characters were on the cover of the comic book. I bought AVENGING SPIDER-MAN #19 because Sleepwalker, a character I haven't seen since 2007, was on the cover. Like I said, normally, I regret it; however, this issue was the bees knees. This is a really fun story that delves into Doc Ock's mind: his problems as a child, his problems with his father, coming into his own. It's some really great, character building stuff. Writer Christopher Yost does a great job here and really gets the reader deep into Ock's mind.

While Paolo Rivera's cover is incredibly cool with this classic comic book style to it, the interiors by Marco Checchetto and colors by Rachelle Rosenberg are wonderful. The art is clear and crisp and the colors are a big stand out for this overall issue. Sleepwalker looks great here. He's not overly muscular, like we've seen in a few comics. He's slender and the ragged cape and outfit really fit the character's persona.

If you've been wanting to jump on SUPERIOR SPIDER-MAN or AVENGING SPIDER-MAN and you weren't sure when to do so, this would be a good time. As long as you have the understanding that Doc Ock is in Peter's body and Peter's "ghost" is floating around inside, then you'll have no trouble jumping onto this issue. They don't explain anything that happened during the events of #700, but

The page layouts, much like dreams, were a bit confusing to follow. The panel layouts, for a couple pages in particular, are extremely interesting, but a tad hard to follow, which led to me rereading these pages a couple times.

SLEEEPWALKER! I grew up in the early to mid 90's, and Sleepwalker is a very 90's character, so it was pretty obvious I was going to pick this one up on a whim. Luckily, I was really happy with how much fun this issue was!

Quick note: My coworker, who does not read comics, picked up this issue, and said, "Who's this Sleepwalker guy? He's dreamy." Thought you will all enjoy that.

The writing and art are fantastic here, and while this is a great overall issue, I had a problem with a few pages and how the panels were laid out. It was a tad confusing.

Overall, I recommend this issue. 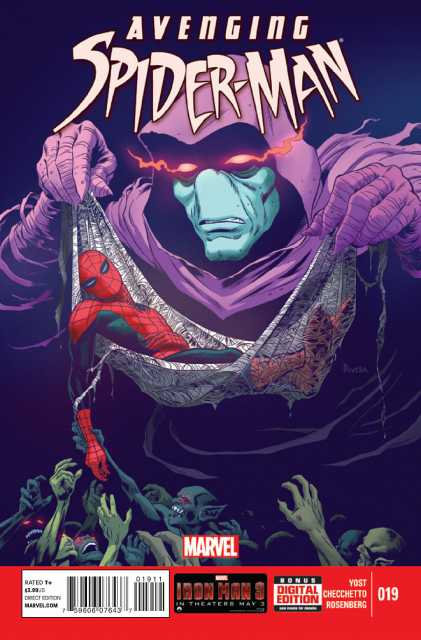