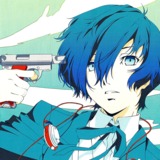 A "Superior" Form of Entertainment (my introduction to comics)

As it has been said waaaaay too many times already..."Today marks the end of an era." Issue #700 of Amazing Spider-Man is on store shelves and in the hands of multiple generations of fans who all adore the web-headed, wall-crawling, "menace" to society: Peter Parker a.k.a Spider-Man!

Spider-man has always been my 3rd favorite super hero (behind 1. Batman and 2. Wolverine) but I didn't read his comics very much as a kid except for an issue here or there including my first two comics: The Amazing Spiderman #468 (or Volume 2. #27) and Wolverine #156. Of course I ate up everything else about him though. Which usually happens when a character or franchise becomes bigger than the media it was introduced through. (ex. Batman, Super Mario, Mickey Mouse, etc.) Super-heroes are the most common cases of characters crossing over into different media platforms. Whether it be movies, games, T.V. shows, books, memorabilia, or what-have-you. Certain super-heroes will always be known by people from all different generations and walks of life. As a kid who had worn his Spider-Man costume more often than he wore his underpants, sitting on the couch watching the '90s Spider-Man FOX cartoon with my pinky, thumb, and pointer fingers stuck out with my arm extended towards the television screen, I truly am grateful for the "over-exposure" some of my favorite characters received.

I lived in my hometown of Santa Cruz, California which had one of the greatest local comic shops ever right downtown: Atlantis Fantasyworld. Much of my early childhood was spent making trips there with my father. Spider-Man, Wolverine, and Batman comics were the ones I would read. Now unlike Video Games which I had fallen in love with since before I could walk, and remained my favorite hobby and a consistent staple of who I was up until today, comic books would unfortunately have to take a years-long hiatus when my family moved out of Santa Cruz to western Washington State. This was due to the lack of a local comic shop in my immediate area.

I'm not sure what sparked my re-interest in the actual comic books themselves, but it was in my pre-teen years when I finally bought my first Graphic Novel: "Batman: Hush" by Jeph Loeb. The book was perfect for an old bat-fanatic who was a newb to comics. It pretty much had his whole rogues gallery involved and it felt nostalgic, even to someone who hadn't been a regular reader of Batman comic books. It weaved an intricate tale of twists, suspense, mystery, action, and cameos galore. It was to me what Frank Miller's Year One was to comic book fans in 1987. After I finished reading it I knew that up until that point I had truly been missing out. I still lacked any sort of a local comic book shop, so I settled for amassing a large collection of Graphic Novels from stores like Barnes and Noble. At first I just bought ones that looked aesthetically pleasing or had a cool title. I was a kid who was a huge offender to the "don't judge a book by it's cover" rule. Eventually though I chose ones based on writers that I enjoyed or runs that had yet to give me closure (which eventually lead to me slowly obtaining all of Grant Morrison's stellar, still-ongoing run in collected edition form.)

With my mother getting a new job, a subsequent move was in order. Even though it was only approximately 20 or 30 miles east of where we lived previously, it was a big enough move to put us in the vicinity of a local Comic Stop. Coincidentally, DC's New 52 was in full swing. I figured now was as good a time as any to start following monthly and bi-weekly titles by single-issue. I caught up on the Bat-books through my favorite way of reading comics: collected editions, and then started picking up single-issues. I was pretty intimidated by all the Marvel series with such large issue numbers, so I just stuck with DC's New 52. Eventually Marvel caught wind of DC's success and announced the Marvel NOW! initiative. Soon after that I decided to bite the bullet and by some single issue Marvel titles. I started with what is now my favorite book that Marvel is publishing, "Hawkeye." I chose that one because I had become interested in the character since I saw The Avengers film, it had a friendly #1 on the cover (in reference to the issue number), and it was recommended to my by my LCS's owner. That book convinced me to buy more Marvel, and Marvel NOW! was the perfect jumping on point.

I was officially going to my LCS every week when The Amazing Spider-Man's final arc started in issue #698. After reading that it would also be a direct prologue to the new Superior Spider-Man title starting in January, which I had already been eagerly anticipating due to it being the first opportunity given to me to read up on one of my favorite super-heroes in single issue form, I decided to dive head first into the book. And yes, that brings me to today's issue. I haven't heard hardly anything but outrage from the comic community, but I have to disagree with their misplaced anger towards the conclusion of Peter Parker's story (for now at least.) As cliche as it sounds, for me this was not only the end, but also the beginning. Therefore, although it was extremely sad for me to have Peter's fate finally revealed, I also found myself extremely proud. In his last act on Earth (616, lol) he reformed his greatest arch-nemesis into a hero, and now that former villain is living out his ex-enemy's legacy and carrying on in his name. Ensuring that, as he left this world, he would not be leaving his friends and family unprotected.

To me this was as noble and heroic as sacrificing one's self for another. Peter did what was right even though only he and Doc Ock knew the gravity of the situation. He had effectively become "a silent martyr."

Presents I got on Christmas 2012

Hey there ComicVine! I just wanted to say Merry Christmas and Happy Holidays. Hope everyone got to spend plenty of time with family and friends.

So how was the haul this year guys? Get any good loot? I know I did...

This is my LCS where I live with my mom near Lynwood Washington. It's a great store with huge space. Great collection of TPB and Graphic Novels. I've run into a couple sold out issues on the day of release though like, for example: All New-X Men #4 but that was my own damn fault for not getting there until very late that evening. P.S. Sorry I couldn't find any interior images

But... my favorite comic book shop would have to be:

This is my old LCS in my home-town of Santa Cruz California. It's a really old store (they just had their 35th anniversary) and is a staple of the Santa Cruz community. It even has a second room in the back (not pictured, but the entrance to that room is near the bottom left hand corner of the picture above) that's used just for old TPBs, back-issues, and toys. I basically grew up in this store, and after I moved, I missed it so much that I go there every time I'm down there for my annual visit with my friends and relatives. This 1600 square foot slice of heaven even won the Will Eisner Spirit of Comics Retail Award in 1996! P.S. Sorry I couldn't find any exterior images.

But my other comic shopping destinations would be Amazon and Barnes and Noble.

Disclaimer: I do not own or claim to own any of the images posted above and am not affiliated with The Comic Stop or Atlantis Fantasyworld.