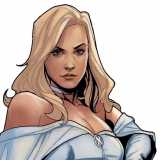 Here are some leaked photos from the new X-Men Destiny video coming out in December :)

"  Silicon Knights haven't been too forthcoming yet about their new project,  X-Men: Destiny , but apparently someone was able to get hold of a few screenshots.

The screens show what seems to be the player character (which I now very much hope will be customizable in terms of looks) fighting and just generally interacting with other characters, including that dude Gambit."