So far, Earth 2 has been fairly enjoyable, although the last arc, which, as you may know, involved Grundy had a rushed ending. Unfortunately, this issue is quite the opposite. The pacing is very slow, and it serves as a prologue to the upcoming storyline. The plot is, in fact, interesting, although the book still doesn't contain what I'd call a superhero team. In this issue, for example, we got a brief look at Alan Scott and Hawkgirl, although Flash didn't make an appearance, and I was displeased with that as he is certainly, in my opinion, one of the most interesting characters in the series. And we finally see a bit more of the Hawkgirl wonder and who's behind the mask, although it may still leave you with questions. As I mentioned that, I must clarify that this issue may be a bit confusing, and, as I said before, may leave you with more questions than answers. I also didn't really understand the reason for Hawkgirl's actions. First, she is trying to convince GL to make up a team. As he disagrees, she attacks Alan. And when I say attack I mean "shoot a photograph of his boyfriend". That cleared up, you should be notified that the cover is a lie. Both wonders don't fight here. In fact, as I said before, they barely make an appearance.

Earth 2 #7 has fairly boring dialogue between Sloane and Amir Kahn throughout most of the issue, and, needless to say, it won't keep you intrigued. I am actually sad to say this, but, unfortunately, while I was reading this, I just wanted the issue to end and go read some Animal Man or Swamp Thing. The best parts were the appearances of the Sandmen, who acted like spies, and I wanted to see some more of the agents and their brief fight with Mr. Terrific.

The art is pretty good. It mean, it's great, but it isn't a masterpiece. The problem (some will probably not agree with me) is in the coloring, and not the pencilling. The work on the pencils is very detailed and consistent, while the coloring may be a bit exaggerated and costumes just look way too shiny. But, honestly, the artwork here isn't a problem.

Overall, this is a skippable issue. It wasn't horrible, but it wasn't good either. Earth 2 has a lot more potential than what is shown here, and, as this served as a prologue, I look forward to the next arc which may involve Steppenwolf. I say this gets a 5/10.

Other reviews for Earth 2 #7 - Heaven Sent

I have only been reading Earth-2 on and off, picking up about every second issue (I don’t have a set DC series the first week of the month) but every time I come back to it I keep wondering why I don’t stay here full time.  Having skipped what was presumably mostly an action issue in the previous installment, the drama picks up here up again as well as the plot developments.  Evidently we can see the coming together of this team, and it is interesting to see exactly how that is happening.  To st...

This issue follows up the opening arc which saw Earth two's new Wonders defeat Grundy.The Good:This book is all about the exchanges between some of the major characters. We see a couple of very great ones between Alan Scott &amp; Hawkgirl, Terry Sloane &amp; Amar Khan and finally an alliance between Amar Khan &amp; Wesley Dodds. Each one is very well done in it's own way and provides a promise of things to come in the next few months for this series. Robinson writes Terry Sloane as a character ... 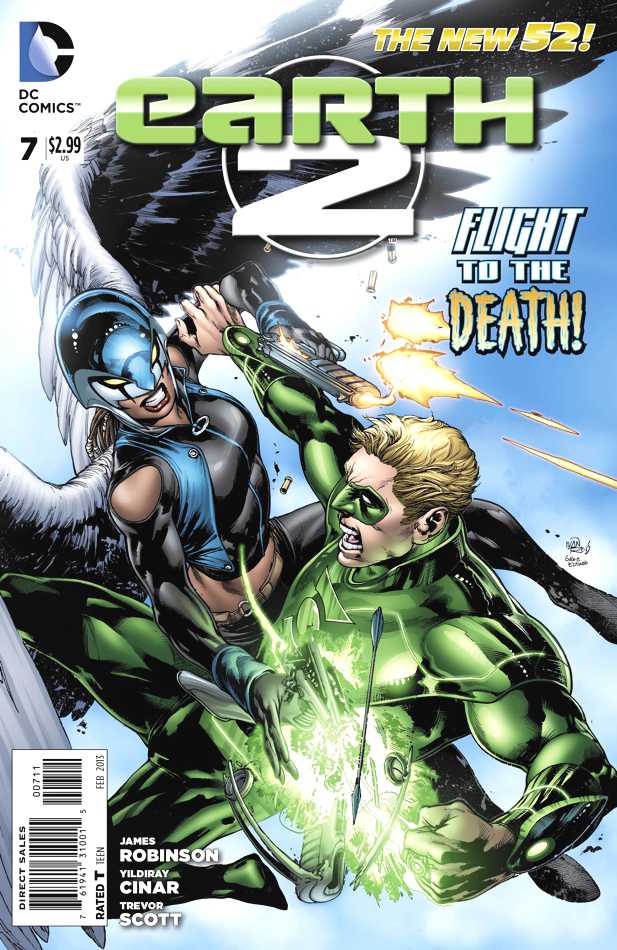 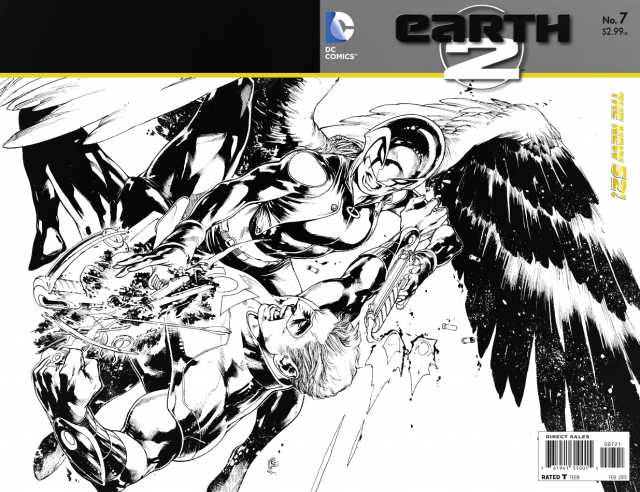