Over a year, including thirty issues have all come down to this. Hickman has created the perfect summary for Infinity in both Avengers and New Avengers. And the result? It's absolutely fantastic.

My biggest complaint about this event so far is undoubtedly the difference in quality between the Space scenes and the ones involving the Illuminati. Before, whenever we jumped on from one to another, I simply felt like skipping it. That is, until now. Actually, until the final pages of the issue, I consistently felt like the Space scenes were incredibly poor in comparison to New Avengers' plotting. The dialogues were at most times exausting and I, probably like most people, don't care for the political part of the story. Thanos' hunt for the Inhumans is much more thrilling, especially in this issue since you never know what's going to happen next. It doesn't start exactly where the last one left off. We unfortunately take off with Cap and the others trying to find the solution for the seemingly endless war, and, trust me, his decision might surprise you just like it did to me. Like I said, until now the space scenes were never too intriguing. Until now. By the end of the issue, the combination of Hickman's incredible story telling and Opeña's fantastic art deliver probably my favorite panel of all time and, in my opinion, the highlight of the issue.

I'm not sure how to say this without spoiling the story for those of you who haven't yet read it, so proceed at your own risk. Basically, as expected, both Black Bolt and Thanos are still alive. BB's big "Noooooooooooo!" from last issue wasn't just a powerful shout that took down half of NYC. It also triggered a bomb that, much like in AvX after the Phoenix Force was gone, triggered the "birth" of all of those with the Inhuman DNA in their gene code. And that includes Thanos' son. If there's an important role Infinity has been playing in the Marvel Universe, that is set up. This bomb was the perfect set up for the upcoming Inhumans title. I can't wait for that as I've always felt like they've never gotten that much attention. And what's so fun about this is that you never know what's going to happen. Black Bolt is going against Thanos. He's doing everything he can to try to defeat the Mad Titan and, even if they're worthless attempts, it's superbly fun to see him trying to defend his race (or himself).

I'm usually quite skeptical when we're facing an issue in which there are two different artists working on it. I can assure you that that's a problem you don't have to worry about here. Opeña's art is quite similar to Weaver's and vice versa. The facial expressions perfectly portray each character's emotion and even badassery in each panel. Their artwork fits the event really well.

Infinity #4 keeps up the brilliant quality of the event with another thrilling issue and, this time, actual fun scenes that involved Cap's team! This is probably one of Marvel's best events in years that I can think of. You should definitely get this. This issue is worth buying for one panel alone.

This review was originally posted on my website Imagination Centre (here).This has been a phenomenal crossover event so far, and although it took a while to become phenomenal, it has been brilliant since the start, with the main event as well as the Avengers and New Avengers tie-ins also being amazing. It did however jump to another level with the last issue, and I just hope that it continues to be great, as so far it has been the event that Marvel has needed for years.PlotAs Captain America goe... 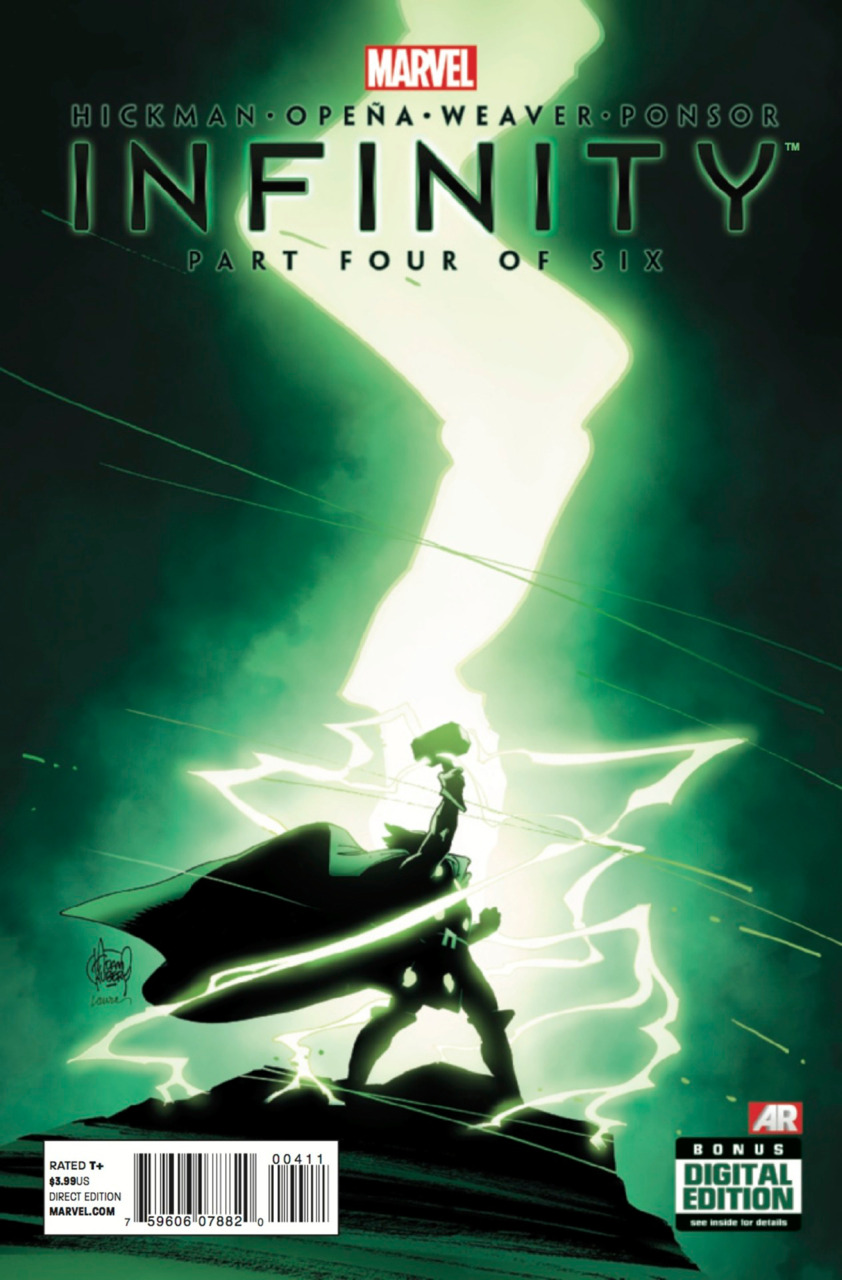 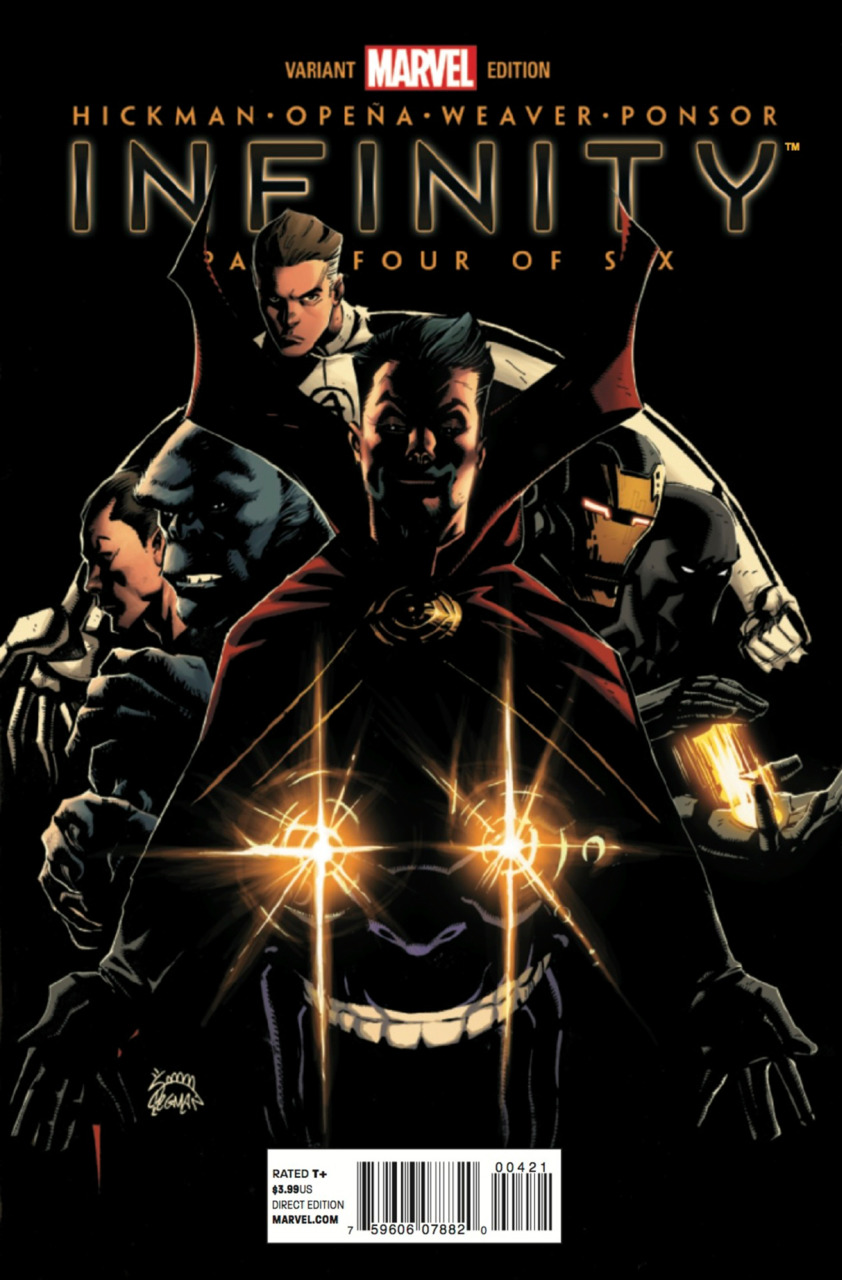 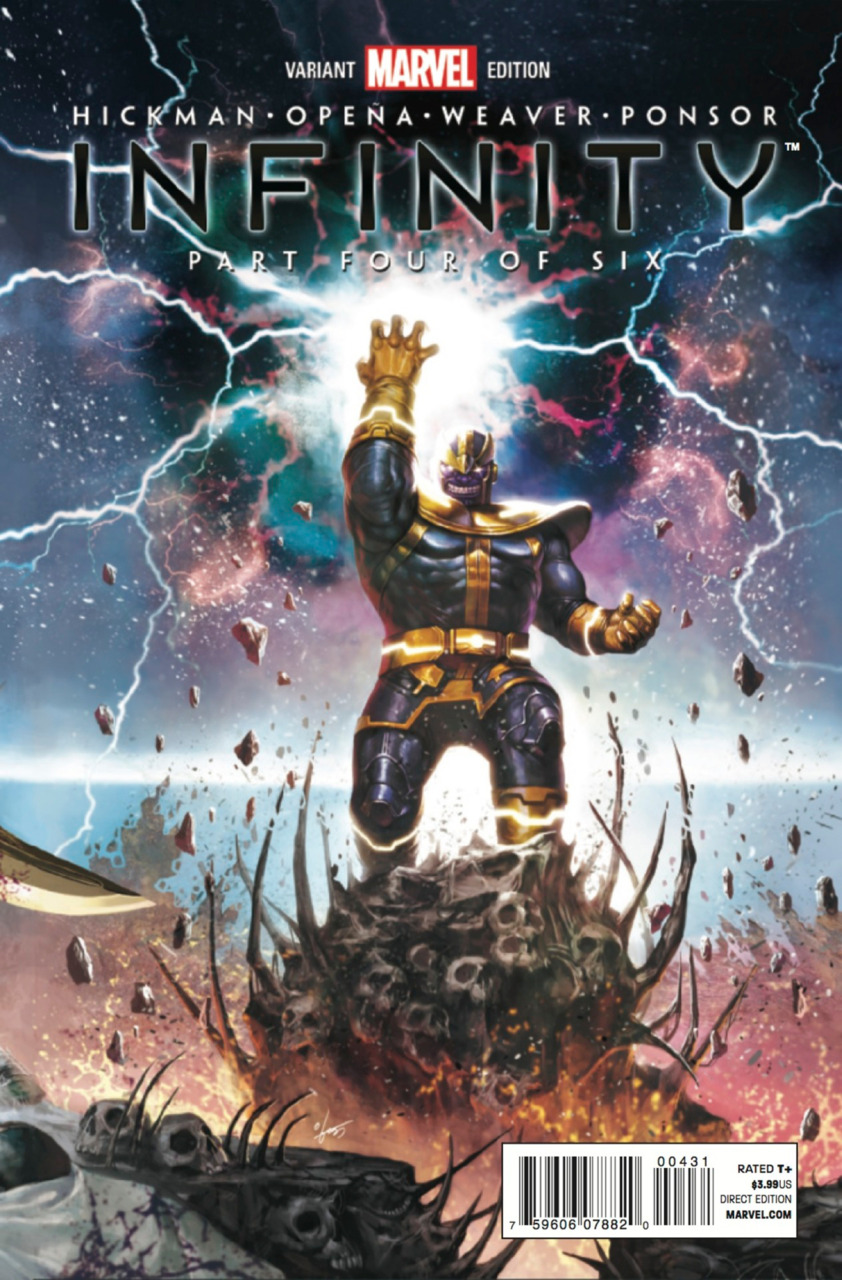 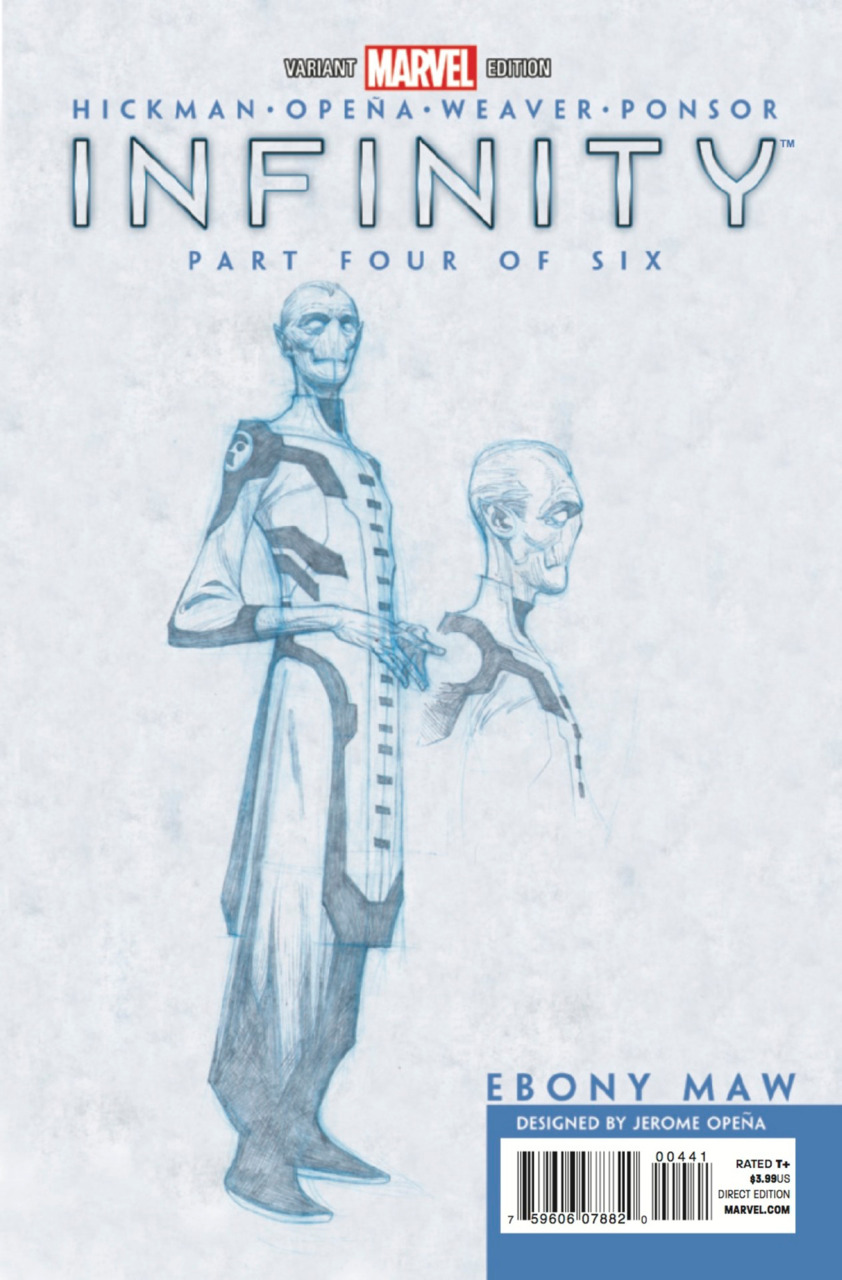 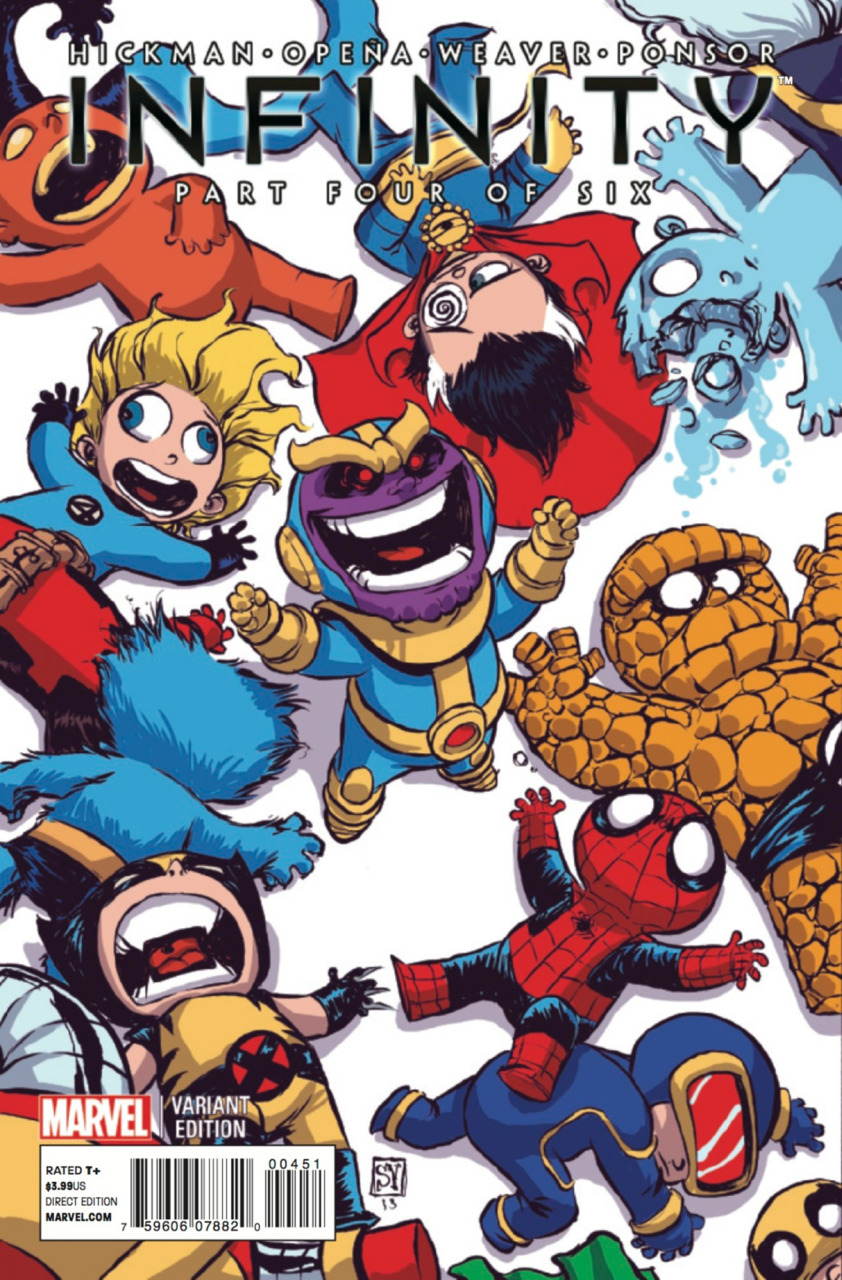