The Punisher has a lovesick stalker!

Well if you ever wanted to read a story how the Punisher would react to having a psycho stalker whose love smitten with him stalk Frank everywhere he goes then this is that comic.  This is a black comedy job that is done quite well but nowhere near Garth Ennis best work.  It is a funny story with Painkiller Jane following the Punisher around and we see things from her point of view. Her breaking into Frank's hide out and trying on his Punisher Skull shirts and her following him to a battle screaming "YOU GET AWAY FROM MY MAN!" was an absolute riot if a little predictable.  Overall this is a good read but not a great read but is something I would advise people to take a look at.

Other reviews for The Punisher/Painkiller Jane #1 - Lovesick 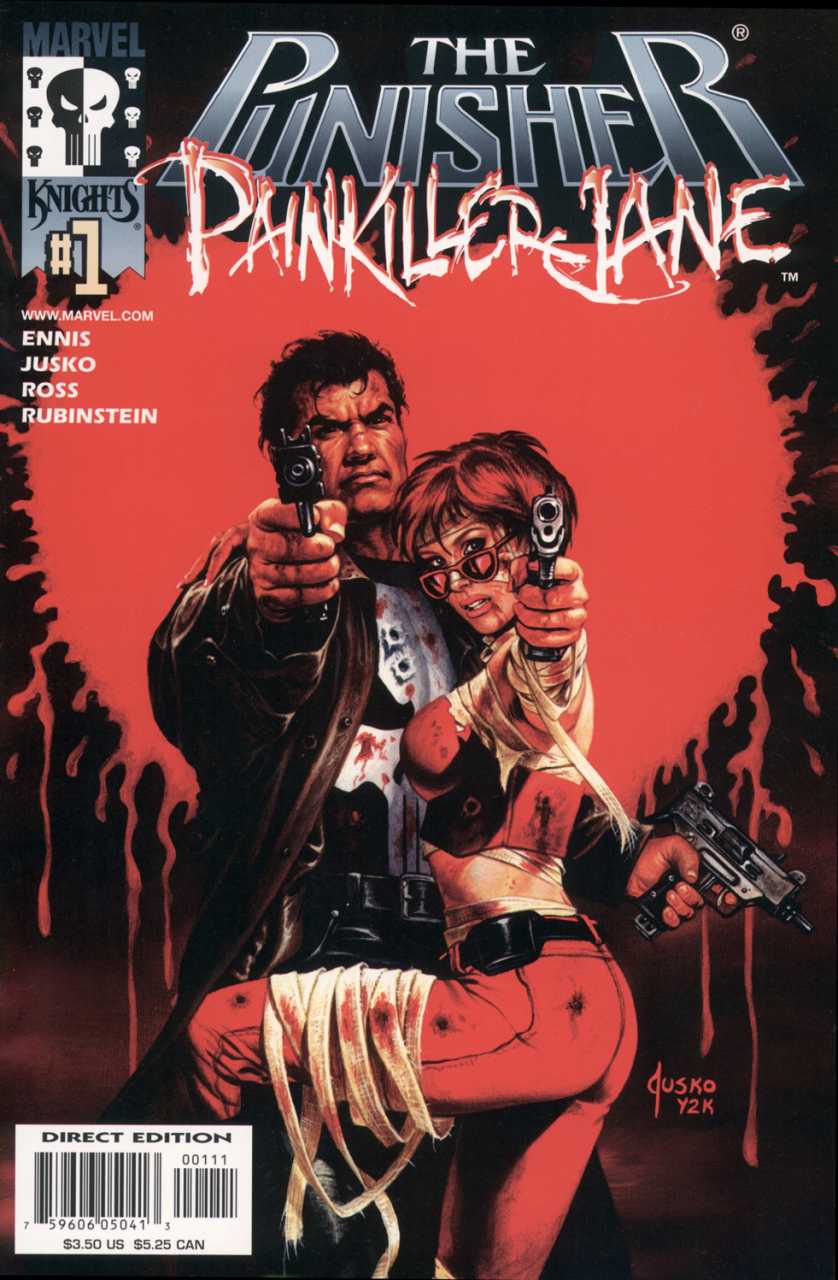