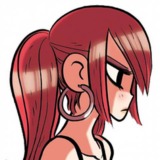 Are the People who do Nothing to Blame?

I have been doing some thinking recently about various issues. What I've been thinking is that people are generally against things such as child labour, racism, terrorism et cetera, however most people do not actively fight against these things. My question to you is are these people who sit back and do nothing, just as bad as the people doing these atrocities?

For example, a year or so ago, my dad was shopping in a city where there was an EDL (English Defence League) march, for those who don't know the EDL is a group who generally demonstrates against the spread of Islam in England, and is viewed by many as Islamophobic and generally racist. Many people who were against the message that this group were spreading were walking past, not participating, yet not actively objecting to the march. They may have been against the radical messages this group were spreading, however they just carried on about their day as normal. It was not until my dad said some certain words (which I'm probably not allowed to repeat here), that other people started to speak up with their views on the group. So say this group's views started to be implemented in parliament, such as, as they suggest, 'a more realistic and less sanitised view of Islam' to be provided to the public ( I am not sure exactly what they mean by this, probably want to warn people of the 'evils' of Islam or something). Are the people who did nothing to oppose this just as much to blame?

If somebody shops at a store which they know use child workers, on a poor wage, in a sweatshop to make their clothes, are they responsible for the mistreatment of these children? If somebody is against a war happening in another country, yet they do not protest it, are they to blame for this war continuing? If somebody walks past a homeless person on the street, yet does not offer them money, food or a place to stay, are they in part responsible for the poor living conditions of this person?

Also, if you have said yes to any of the above, do you actively oppose the things you believe are wrong? And if not why not?

Thank you for reading

Blogs Created:
2 blogs
Most Commented blog:
Ask the Quinn any Conundrums you can Conjure
Total Comments on blogs:
863 comments