Taking a break from SW respect threads - and now doing a Marvel character.

Zeus has been overrated on the boards, before, as per his comparisons to Odin in power. However, this has invariably led to him being underrated, especially since most users didn't seem to know about his feats, which I will compile and attempt to convey to the general public. Credit goes to Killemall for uploading some scans, especially some of the older ones, such as "Venus".

With that out of the way, respect Zeus:

A few simple scans in regards to the scope of Zeus's own power.

He nullifies Loki's contract with Venus:

He stops a fight between Hercules and Thor:

This time, he scares both Ares and Neptune:

During his argument with Odin, it appeared that the two Skyfathers' rage shook the entire world:

He pimpslaps the Black Knight:

Zeus accidentally throws Hercules against a tree and beats him up:

He lifts and hurls Mount Etna on top of Typhon:

He rips the Hulk a new one in a completely unfair matchup:

During his clash with Thor, Zeus hurtles towards Mount Idna at possibly imperceptible speeds in the form of what appeared to be a meteor:

He reacts to Thor throwing Mjolnir, and stops Mjolnir in its path:

Zeus is still standing after an attack in which Photon uses all her power:

Zeus unleashes a blast which destroys the hall of Apollo, and plasters the Avengers against the ruins, with only Hercules being untouched due to Zeus's will. Captain America's legs are fractured such that he may never walk again:

He fires a blast that knocks a tree on Thor, briefly pinning the latter to the ground:

He unleashes a blast that leaves Thor smarting:

Zeus produces a blast that sends She-Hulk flying like a ragdoll:

When She-Hulk goads him into rage, Zeus produces an incredibly powerful blast that knocks out the Avengers:

Zeus "rends the nigh-cloudless sky asunder" with a blast of lightning with also rends the earth asunder, visibly surprising Thor:

He generates Lightning bolts which scatter Eternals as if they were mere straws in the storm winds:

In the body of a child, he stomps a troll with Lightning:

In the body of a child, he one-shots "the most powerful Dark Elf":

Zeus can control the weather:

Zeus calls down a rainstorm:

Zeus creates an image of the Earth:

Zeus splits the divine portion of Hercules from his mortal self, takes it to Olympus, and makes him a god:

After Namor and She-Hulk are knocked unconscious, Zeus causes them to regain consciousness for him to beat them up again:

The Hulk's physical strength is debilitated as a result of being hit by Zeus. His regeneration is also slowed so that he can only regenerate in time for the vultures to be fed. The Hulk remains weakened for a whole three days:

Zeus one-shots Pluto with BFR, banishing him back to Hades:

What SW threads have you done?

Nice. He's definitely powerful, but I still don't think he's equal to Odin. Especially since these scans are all over the place in terms of Era's.

Would be nice if they fleshed him out some more,

Thanks, I suppose that the fact that there wasn't a Zeus thread up yet was one of the reasons I wanted to make one.

Nice. He's definitely powerful, but I still don't think he's equal to Odin. Especially since these scans are all over the place in terms of Era's.

Hmm..... for me, it isn't so much that his feats are all over the place, but just that they don't rival Odin's multi-galactic busting. These feats would make him planetary at best, unless, going off the most recent scan in which he was arguing with Odin, he may be solar-system level if he could shake an entire world with his rage.

Would be nice if they fleshed him out some more,

Certainly. He's been around for longer than Odin and has had less than a quarter of Odin's appearances, somehow.

What SW threads have you done?

You can find them all on my blog page. I've made some for Abeloth, Obi-Wan, Count Dooku and Kreia.

@shootingnova: This is amazing,dude. I know you're into mythology stuff,and Zeus is HIGHLY underrated. The Greek World of Marvel is almost like the Nordic world in terms of vastness,and I am still waiting for Hercules to get his power back.

@cameron83: I appreciate the comments.

@shootingnova: When I was referring to "all over the place" I meant era of scans. As in silver age/modern age. I do not really consider Silver Age feats relevant for anyone, even if hasn't been retconned by Marvel. Writing was too different back then.

I agree he is well above your standard power house of Hulk, Thor, Superman, etc. And probably solidly above SS too. Just not quite Odin level - again by feats.

Nice, finally Zeus will have some respect. Although this made me laugh so hard. He's holding him so awkwardly.

When I was referring to "all over the place" I meant era of scans. As in silver age/modern age. I do not really consider Silver Age feats relevant for anyone, even if hasn't been retconned by Marvel. Writing was too different back then.

I agree he is well above your standard power house of Hulk, Thor, Superman, etc. And probably solidly above SS too. Just not quite Odin level - again by feats.

It's not as if those feats couldn't be performed by Zeus in this age either. I'd just count them all, especially given how little feats Zeus has in the first place.

Although Zeus didn't recreate Olympus. Hercules did it when he was the Supergod.

@dondave: I put it there because it seemed like Zeus was doing something to it, and then some people said he recreated Olympus. That was just my line of thought. 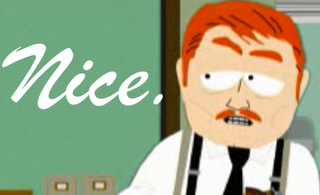 QUESTION? What comics series / arc / run where those Zeus vs photon pages from? And have they been collected?

@divell: None of those count because it's Mikaboshi in Zeus' body.

Wha??? You are loony

@divell: None of those count because it's Mikaboshi in Zeus' body.

Not exactly Mikaboshi was inside Zeus. He was controlling him but the one doing all the job was Zeus, not Mikaboshi. Besides he was fighting a Hungry Galactus, Odin stalemated a feeded Galactus in The Mighty Thor #4 - The Galactus Seed 4: To Dual Against Galactus. There is no reason to say Zeus couldn't do that to a hungry Galactus.

@divell: was this zeus amped in any way?

@asgardianbrony: Zeus on his own would stand zero chance against Galactus. Even Odin doesn't have sufficient power to beat Galactus. This showing was a Zeus who was possessed and amped by Mikaboshi. There's a reason why this feat wasn't used.

@bossdarksied355: Odin can beat galactus depending on how well fed he is, and how do you know zeus was amped?

@bossdarksied355: Odin can beat galactus depending on how well fed he is, and how do you know zeus was amped?

Interesting. Why do you think that? I mean he was starving in Mighty Thir yet Odin got stomped still (even tho Thor damaged Galactus even beofre Odin attacked).

@krleavenger: actually galactus had the help or control over cosmic demons to tip the scales, so I think Odin>starving galan, Odin=Mid fed galan, Well fed galan>Odin.

@asgardianbrony: But you forgot that Galactus was fighting Scarier before and besides, Odin Had help from his son.

@krleavenger: Scrier, that was right before that? Well it doesn't really matter, as a being of cosmic energy I don't think a prior fight would effect galactus, and thor didn't really do much.

@asgardianbrony: For some reason I wrote "Scarier" instead of "Scrier". Anyway, Galactus used his Powers to beat him and since he hungers IT made him weaker even more as the more power he uses the weaker he becomes if he isn't Fed (Unless we are talking about the one from Hickman's F.F.).

@divell: Odin was knocked straight into Odin Sleep after that fight with Galactus, and Galactus stood up straight away. Odin himself said he wouldn't be able to keep going in Mighty Thor #6 Just correcting that bro

@dcbicthes: Odin did not go straight into the Odinsleep after he crashed to earth. He animated the Destroyer with his spirit then when Galactus left he reentered his body and had that convo with Thor.

The reason Zues doesn't get as much love from Marvel is probably because of how much Greek myth is wound into Wonder Woman.

Though I think at one point he also took control of Mjolnir away from Thor.

Here's a decent power feat for Zeus; his, Vishnu's and Odin's blasts are noted as being capable of sending a world reeling out of it's orbit:

@wollfmyth209: Thought I had that.

Yeah, the Classic comics are kinda inconsistent; sometimes destroying solar systems is treated like such a big deal for Molecule Man, yet it's meh for Galactus who would die to Owen without so much as a nanosecond struggle.

At other times, the Skyfathers are hyped as galaxy busters individually, but then... Combined they can reel planets out of orbit :/

Also, are you gonna make a Brahma or Vishnu Respect Thread? Those two are pretty powerful.

@wollfmyth209: For Marvel or mythology?

@shootingnova: Marvel. From what I recall, they have accolades of being equal to Osiris and Zeus and their inferior, Indra, has stalemated a Thor with partial amplification from several Skyfathers.

Shiva, their equal, wasn't stomping Thor, so they're not that overwhelming.

@shootingnova: That was originally Shiva, but was then later retconned to it being Shiva's/Vishnu's/Brahma's inferior Indra. And Thor just got amplified by getting a portion of power from every Skyfather from every pantheon when he fought Indra, and still only won a close match.

@spambot: I know but I couldn't find the scans for it. That part doesn't really matter though

@shootingnova: Do you think Zeus is more powerful than Silver Surfer? The latter seems to have much greater feats, other than brute strength.

I really hope he does. Maybe even worse than WWH for good measure. And we know ancient Greeks are often homoerotic so Norrin might be in for a ride...

No one cares whether you were mad or not.