Can the Young Avengers Trust Loki?

I was really looking forward to this series before it came out, hoping for a fun series, but to be honest it hasn't been as good as I'd hoped for, and just keeps getting worse. Hopefully it turns round though, as I'd still like this to be a good series.

Wiccan and Hulkling are stopped by Laufey when taking Loki to Asgard, getting attacked by the Frost Giant, and when Ms. America comes to help she is followed by her parents.

This was another disappointing issue, and both this issue, and the entire series has been a bit slow so far. Kieron Gillen hasn't done a terrible job of this series, but he hasn't half gave us a slow story, that doesn't really show much of the characters characteristics, and that's overall a bit dull. I really didn't like Gillen's Iron Man series, as it was overall poor, and I was seriously hoping that he didn't continue that quality into this series, but somehow he has, and I don't know why, as his previous work on Loki during his Journey into Mystery run was brilliant, and one of the main reasons that I decided to get this series. I do however commend him for coming up with a fairly unique storyline, it's just a shame that it's poor, but hopefully it picks up soon. Gillen did however do a decent job with the dialogue, and although the storyline itself is dull, the dialogue between characters has been fun, and shows that with the right storyline that this series could be brilliant.

Jamie McKelvie, and Mike Norton continue to produce some brilliant artwork, and it's been one of the best things about this series so far. I'm still not 100% sure how the art is split up between the two artists, as all the art looks very similar, and without seeing either artist's previous work I can't make comparisons from that. I did however get a comment on my previous review, with the theory that McKelvie does the character art, and Norton does the background art, which kind of makes sense. Either way the characters in this series are drawn brilliantly, and although the art overall isn't the best I've ever seen, the cartoon style of it suits the fun nature that this book should have, and overall makes the series more fun. The background art is also brilliant, and has ton's of detail, but the art in general is very well detailed. The colours from Matthew Wilson are also brilliant, and they really help set the tone of the series, making the art look more fun, even if the story isn't.

There was a small battle between Wiccan, and Hulkling against Laufey at the start of this issue, and this part was actually very fun, and exciting, unlike most of the issue, but it still had it's bad points. it was really the layout, and artwork that made this sequence fun, and to be honest the dialogue was a little boring. I also felt that the fight was unrealistic, as either Laufey would kill them easily, or Wiccan would use his magic to make Laufey disappear a lot sooner than he did. Id did however like that we saw a small sequence before this were Volstagg, and Heimdall talk about them fighting, as although pointless, and unnecessary it was fun.

The fight also gets a bit poor near the end when Ms. America arrives. Don't get me wrong I was happy to see the arrival of Ms. America, as this hasn't really felt like a team book so far, and needs more characters working together, but it was the fact that she was followed by her parents that let it down. I know that this is needed to develop the story, but it didn't half take the buzz, and excitement out of the issue, making the ending of the fight a bit anticlimactic. The dialogue between Ms. America, and her parents was also a bit awkward, and although I liked how we get to see the feistiness of her, it did feel a bit unnatural, and overall made the issue even slower than it already was.

Where have Kate Bishop and Noh-Varr been? They both made an appearance in the first issue, but haven't made even small appearances since. I know that they're both meant to be making more of an appearance in the next issue, but it's still annoying that they haven't featured in the series as much so far, as Kate is my favourite character from the Young Avengers, and although I've enjoyed seeing her in Hawkeye I was hoping to see more of her in this series. Although not a huge fan I've also enjoyed seeing Noh-Varr in the Marvel Universe since he appeared in Dark Avengers, and was looking forward to seeing more of him in this series also. I also feel that their absence makes for a less team like feel to the series, and although I can see that Gillen is gradually building up the team, I'd have hoped that it'd have happened by now, but hopefully the wait till next issue pays off (but I won't hold my breath).

Can the Young Avengers trust Loki? I won't go into too much detail on this as to avoid spoilers, but basically Loki offers a solution, but needs the Young Avengers (what's there is of them so far) to do something for him. This bodes the question, can the Young Avengers trust Loki?, and the natural answer is no. No matter how hard Loki tries to be good he should never be trusted, as he's nearly always scheming, and although some may think he deserves a break once in a while, I say at the characters own peril. I do however seeing the need for the young Avengers to trust Loki to a certain point eventually, even if not completely, as for him to become a valid part of the team he'll need it, but I do look forward to the day Loki betrays them (it's bound to happen sooner or later), assuming he stays with the team long enough.

There was also a nice reference to HBO series Game of Thrones in this issue, and although it does nothing to the overall rating of this issue I felt that it was worth the mention, as being a fan of the show I found the comments quite amusing.

This series just gets a little more absurd every time. And no, not in the FF kind of way, more in the "why the hell did anyone think this was an acceptable plot" kind of way. If it wasn't for the occasionally above par dialogue and the great art, I'd call this a pretty poor series. As it stands, it still remains at average.So, this book uses magic to rationalize a lot of what they do, which is really frustrating. Unlike most other things in this universe, magic doesn't really have all that many ... 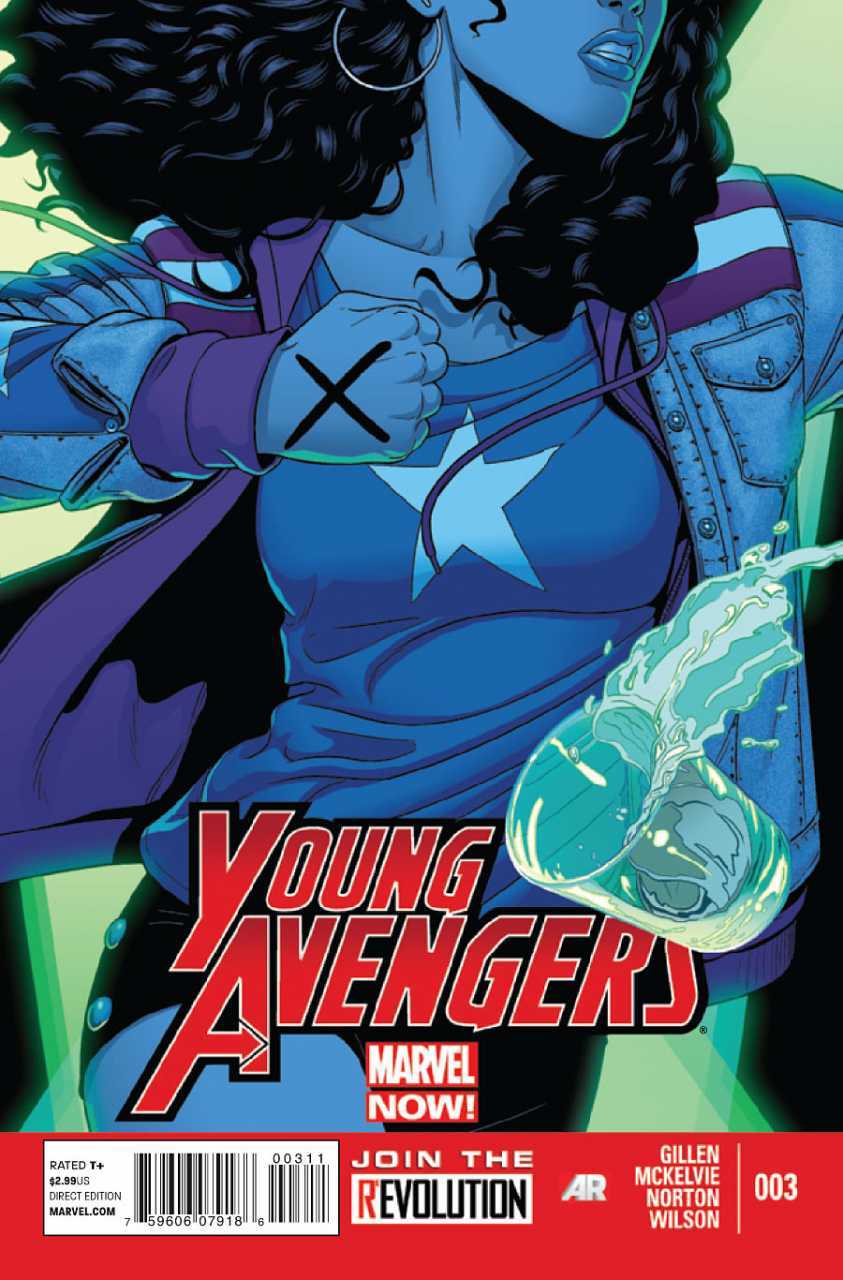 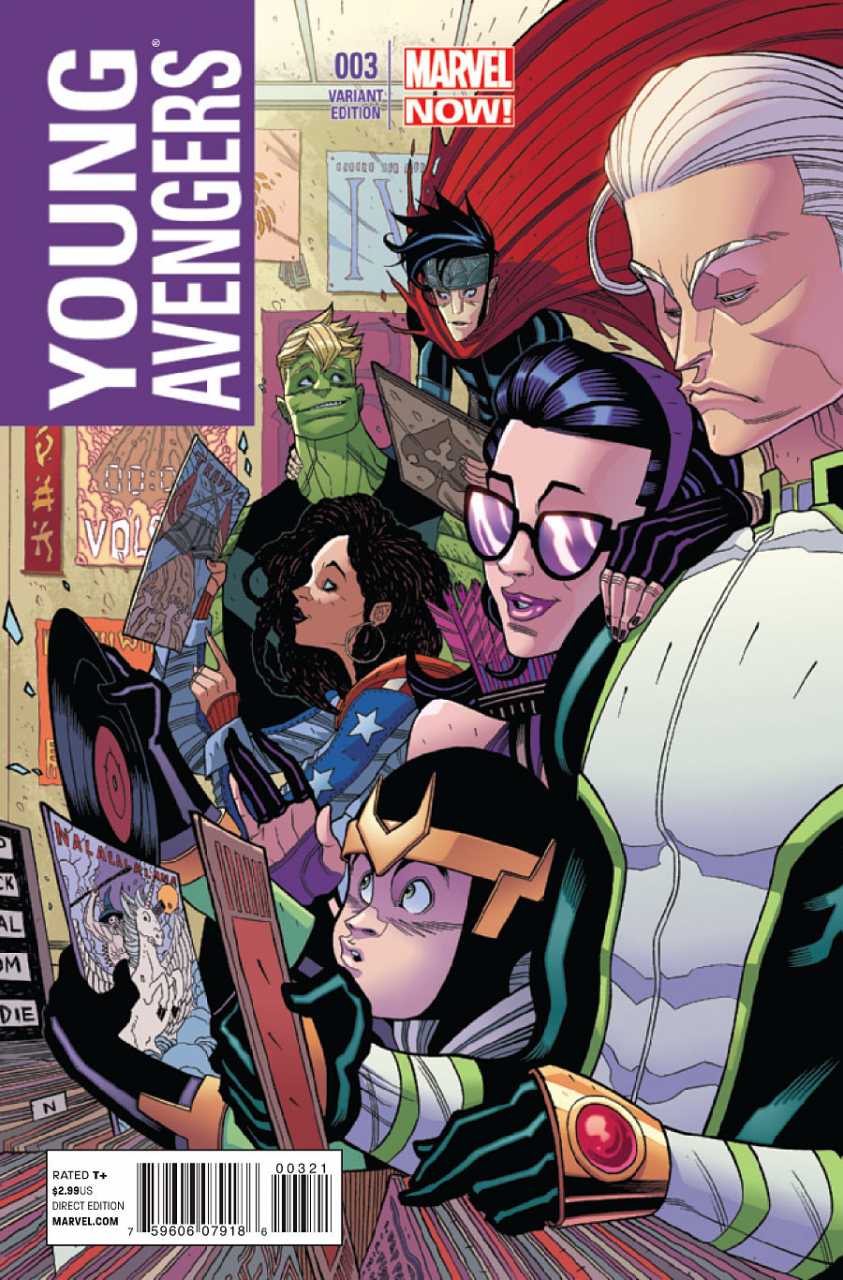