While I know, generally, what the outcome of the Onslaught story arc leads to, I never had a chance to read it when it was new.  A combination of needing to spend my meager allowance elsewhere and my mother cutting off access to the comic shop (for reasons I've explained before), left me stopping just short of Onlsaught.  (I have a bunch of prelude comics)  But this powerhouse team, including the great Scott Lobdell has made for a great experience and I didn't care that I knew what happened at the end, I wanted to know the details.

The first issue was awesome.  I loved the insight into Jean Grey’s mind.  It was neat to see what a telepath has to do through on a daily basis.  Also, the un-Mary Sue-ing of Professor X was a greatly needed plot point to deepen the character.  Second issue also great, although Juggernaut acted really weird considering he wanted the X-Men to help him.  Won’t knock on the front door.  Destroys camera.  Hurts Gambit and Cable.  He finally gets a bit reasonable when he meets Jean and now I understand.  He just didn’t want Charles to know he was there.  The Proff is acting very strange.  It’d be very disconcerting if I didn’t already know the story’s reveal.  Next book: Traitor to the Cause: Love the Prolog.  Gives you a sense of forboding.  Also, the Onslaught reveal to the X-Men was awesome.  Very well done.  I was a huge fan of the cartoon and that ended before Onslaught so it was great to finally see Bishop realize who he'd been after all along.  X-Men #335 was a great rest from action.  It gave the characters a chance to collect their thoughts and make sure the reader was up to speed.  I may have hated it if I was collecting them back then.  But as part of the collected book it works very well.  Avengers #401 was annoying because it's one over-reaction after another.  I wish everyone would just slow up a bit.  Fantastic Four #415 was an amazing and action-packed issue.  It was great seeing FF fight so fiercely to protect Franklin.  The last two issues with Cable, Hulk and Storm were a great way to end the book, although I'm not 100% sure where they fit into the timeline.  I feel like they perhaps take place a little earlier or maybe it's just that I got confused with earlier references to Cable.  While this book collects all of the main Onslaught story, there's apparently some other stuff going on on the side in other comics.

I can't wait to get volume TWO!

Other reviews for X-Men: The Complete Onslaught Epic #1 - Volume 1 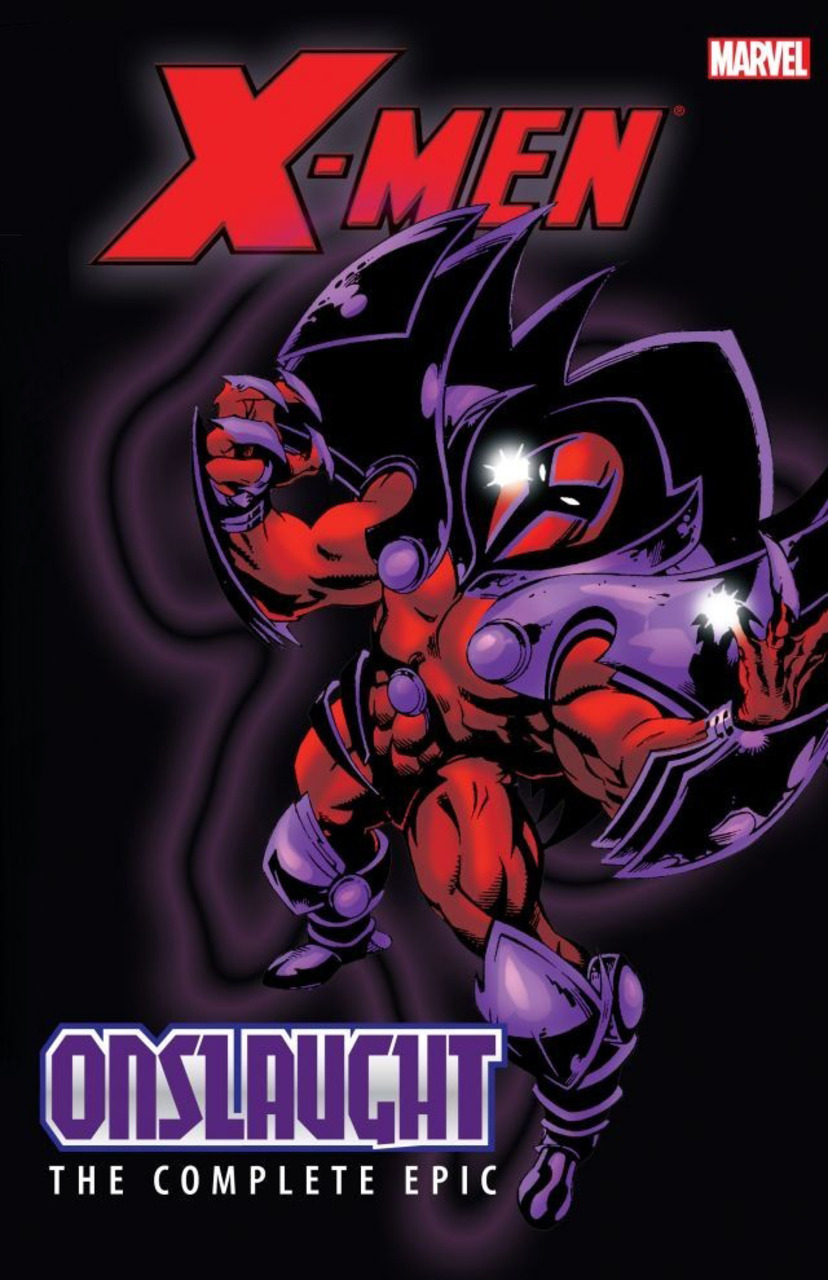