World War Hulk, as most big events now, has a bunch of tie ins. Probably the least looked at is Gamma Corps because of the lack of recognizable characters. That was probably the biggest problem with the first issue as most of the Corps were unknown and it was almost impossible for the reader to care either way what happens to these characters. The fact that most of the WWH tie ins have very little impact on the main series just adds to the disinterest of this series.

This issue actually reads more like an introductory issue then the second issue. We basically get the origins of everyone on the team. One in particular caught me off guard as the character is directly linked to an important moment in Hulk's history. While it made the entire Gamma Corps much more interesting then last issue, it feels like we got a one issue story stretched out into two issues. The other WWH tie ins might offer big name characters, but they don't really offer anything more to the main series of World War Hulk then Gamma Corps. What this series does do, that the others aren't however, is introduce us to some new characters. While it doesn't look like anyone on the Gamma Corps is going to be Marvel's next break out character, it does offer something different from all the other tie-ins.

It's not the next Watchmen, but a fairly entertaining mini series. With 2 issues to go, it could also end up being World War Hulk's best tie in. 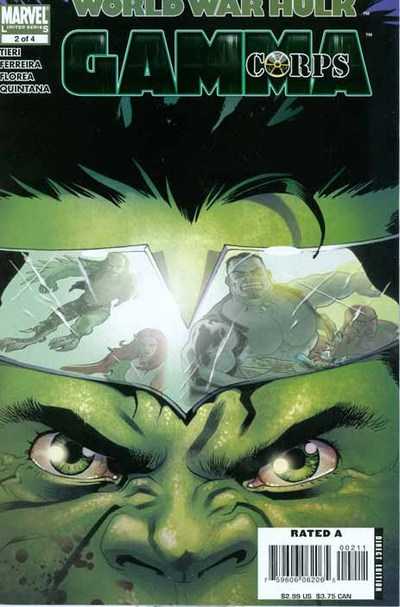