Wonder Woman Earth One is a very interesting, and really unexpected kind of story. It lacks Morrison's traditional convolution, channeling the pure essence of a character in a way that reflects genuine knowledge over what the ignorant conception of the character; similar to All-Star Superman. What you need to know going into this, is that it's not an action story. It's not without action sequences, sure, but this isn't a tale that builds a villain into a climactic final battle for the sake of the world or anything like that, and that's ok. It's a calculated examination of the idea of the early days of Wonder Woman, who she is and, more importantly, WHY she is.

If I have to say just one thing about WWEO, it would be this. Morrison's vision of Paradise Island is utterly sublime. Instead of these immortal women unhindered by war or strife being stuck in a traditional ancient greek world; they've developed far advanced technology, given truly elegant designs courtesy of Yannick Paquette. And it's all mixed together with ancient greek aesthetic. I'm honestly surprised I've never seen so elegant an interpretation of Paradise Island before, there really is a sense of genius at work in how the entire island is designed, and that's not even getting into the culture. For a society that specifically eschewed "man's world," I really like the peeks we get into the social structure. The entire notion of "bow[ing] before a loving authority [...] to show strength," really feels emblematic of a utopian society, especially one motivated by what the Amazons sought to avoid.

But peace and perfection doesn't make for a good story, and thus we get an impetus for Diana to seek adventure, and the entire story is built so well around her quest. So many aspects of her origins, the way her society is run, and the long buried emotions of her mother all play so deeply into her motivations without being ham handed. Morrison really treats Diana with the utmost respect, not making her beholden to a man, but also avoiding putting her on a chastity pedestal. Steve Trevor is merely the final straw, the excuse for her journey to begin. She doesn't "give up her paradise for a man" or anything cheesy like that, and the OGN is adamant about that, but again, without being preachy about it. In fact, for a story built around a trial and feminine paradise, it's amazing how much it manages not to feel like it's shoving a message down your throat. Whatever anyone has to say with real world meaning is given in just the right dosage; whether it's Diana questioning the monotony of utopia, Steve Trevor in genuine awe of it, or the absolutely delightful Etta Candy's sass in being unashamed of her plus sized body.

If I have one complaint, it's the aforementioned lack of major conflict. Most of the fight scenes are part of exhibitions. They get the juice flowing but lack major consequence. The OGN appears to set up some kind of climactic clash with medusa, but it ends up serving a different role. There's no real villain aside from Hercules in the initial Paradise Island origin and a vague sense of military possibly being a threat to Paradise Island eventually. For the story being told, this mostly works, but I just can't help but feel a bit deflated by a sense of emptiness on the antagonist front. Despite the focus being Diana on trial, you never feel like she's in any real danger of execution or anything drastic.

It's not perfect, but Wonder Woman Earth One is definitely an excellent take on the character. I didn't even touch upon how beautiful Paquette's artwork is, and how it has a perfect sense of elegance and flow to it. It really fits the story like a latex catsuit. As long as you're not going into this expecting big battles, a Wonder Woman fan should really enjoy what is almost an essay on the character's core and origin disguised as a beautiful narrative.

This Was An Origin 0

Linally got around to finishing Wonder WOman Earth One. Honestly, not as bad as I had expected. Grant Morrison came across very condescending during interviews about the book. but the book itself doesn't come of that way (well, not as much). It was an enjoyable read although nothing praise worthy. Let me break it down for youPROSThe main thing that keeps this book afloat is the dialogue and the art. Characters like Etta Candy were stand outs. I can see what Morrison was going for with this worl...

Who is Diana Prince? 0

When a writer attempts to retell the origin story for household name characters like Wonder Woman, they have to start with a few difficult questions: Who is this character supposed to be? What are the fundamental qualities that define this character and make them endure? Zack Snyder got these questions wrong in two Superman movies, and all the marketing and special effects in the world could not save them from critical and audience backlash. Grant Morrison, a comic writer with a fairly good trac... 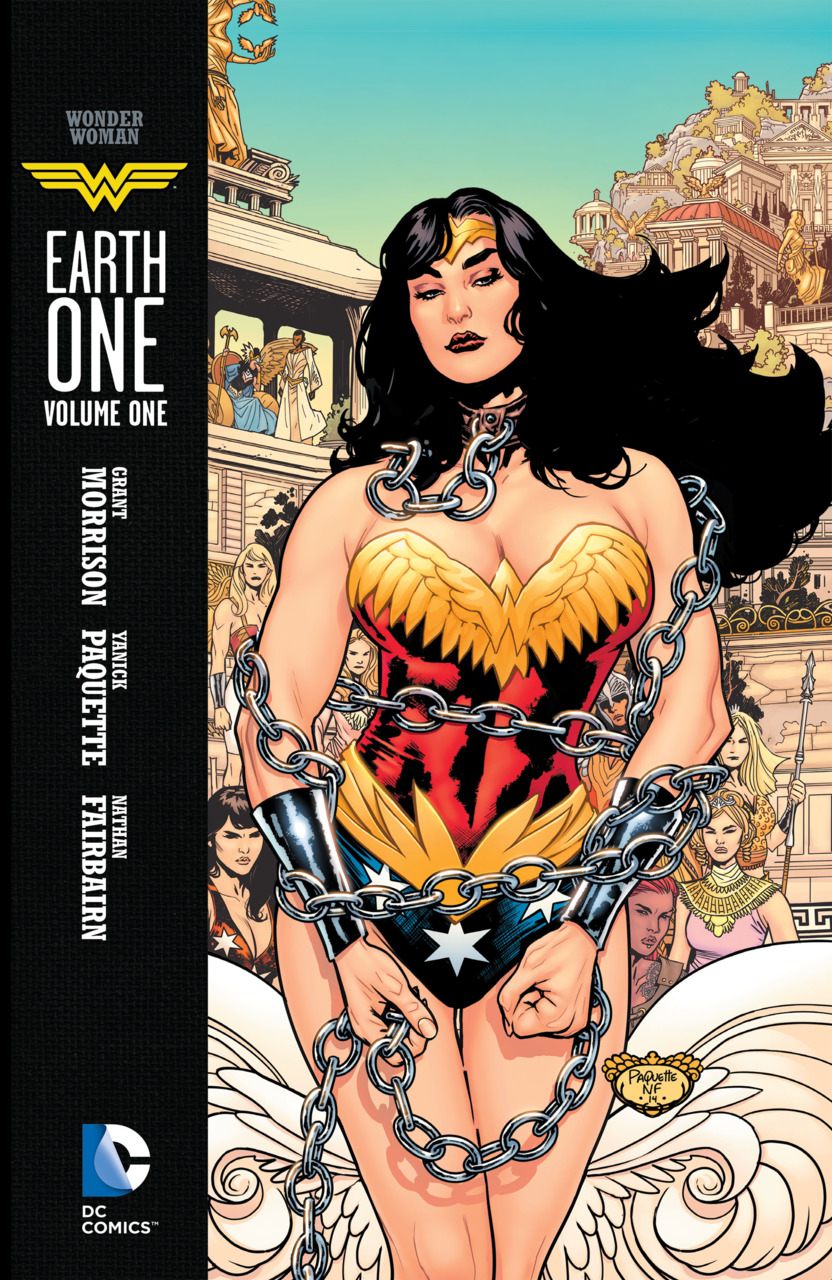