The Witch is Back!

This issue carries on directly from the last one as Wonder Woman is forced to fight Circe.  There was an interesting altercation immediately before Diana realizes something is wrong.  Seeing that her plan isn't working Circe instead tells Diana she will return Themyscira providing that she takes the life of an innocent.  For the second time in three issues this story features a prostitute dressed as Wonder Woman (though the last time it sort of was Diana), which is a streak the creative team might want to avoid.  In the end Diana sees through Circe's plot again.  With the recent issues lacking a little motivation, this one comes on a bit stronger than them, but the good work that Loebs was doing at the start of his run seems to be running out.

Other reviews for Wonder Woman #89 - Home

I wonder if Circe was intended to serve as a metaphor for all the purple and blue-haired SJW weirdos that would one day come en masse to infiltrate and kill what was once an entertaining and profitable comics industry. Maybe, maybe not, but it's fitting cover regardless.... 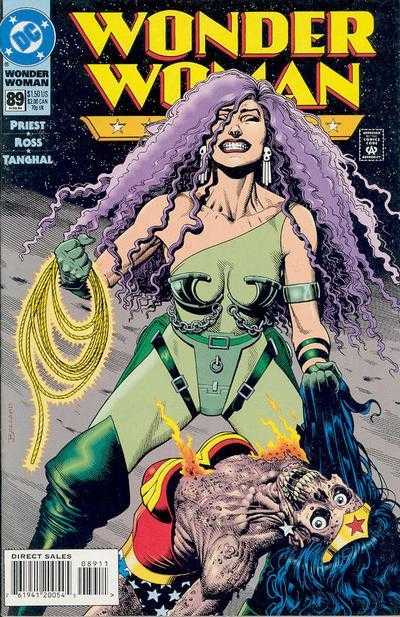