Wonder Woman's destiny is revealed- and things are not looking good.

It's been a long time since I've been able to say 'wow, this is a fantastic issue of Wonder Woman.' But seriously, wow, this is a fantastic issue of Wonder Woman. Be it because the story is gradually becoming more clear, or because Phil Hester has just managed to successfully find this character's voice- this is one issue that will not disappoint old and new readers alike.
The last issue of Wonder Woman we saw her protector, who shrouded her with magic in order to protect her from the Morrigan- three evil war goddesses who plan on exterminating every last Amazon; starting with their Princess. However, Wonder Woman is the confrontational type- this time, when she goes looking for trouble, she finds it.

The pacing of this issue is perfect and picks up where the reader left off. Not only is the issue action packed, but it is sure to completely suck you into the story if you let it. The Morrigan appear to be a very real, very prevalent threat to Diana, who witnesses her future unfold before her eyes.
SPOILER WARNING: Click here to reveal hidden content.
In the scene where Wonder Woman witnesses her own "destiny," she appears to violently and ruthlessly take the life of one of the other members of the trinity.
I think Phil Hester manages to capture Diana's personality very well- here she is both sensitive and impressionable as well as self assured and confident. She is still confused, and she does not understand the vision of her supposed "destiny." This scene is really well written; but more importantly, it leaves me anticipating the next issue of Wonder Woman. It's an issue I feel really good about, and that's really good for Wonder Woman fans.

Even though the "vision" comes about rather abruptly, it works well with the flow of the story. I really don't have any complaints about this issue, save for the limited dialogue from Wonder Woman herself.

It's been a long time since I've been able to confidently say I really enjoy this Wonder Woman comic and I am really looking forward to the next issue. I can finally say that with this issue. We are almost there.
Load Comments

Odyssey continues on. Diana has discovered a little more on her pass and with only a few more issues left of this long story arc, does this issue have anything that gives you a little more hints to Diana's time mix up?   THE GOOD: The art is really good in this issue. There are two artist on this but I only noticed the diffrent styles slightly. The story is getting better. I think this issue is a the best since 606. In this issue we see Diana, Artemis, Giganta and Cheetah marching into the Morri...

This issue didn't wow me as much as the past few issues have done so.  Still quite a strong effort from Phil Hester and Don Kramer (with Eduardo Pansica picking up any slack).  It's a powerful journey with some great scenes, but it doesn't feel like all that much happened.  I have a feeling this issue would've been much better in a compilation, reading each issue back-to-back.  As I've said before in earlier reviews, The Morrigan aren't that impressive as villains.  However, they've really stepp... 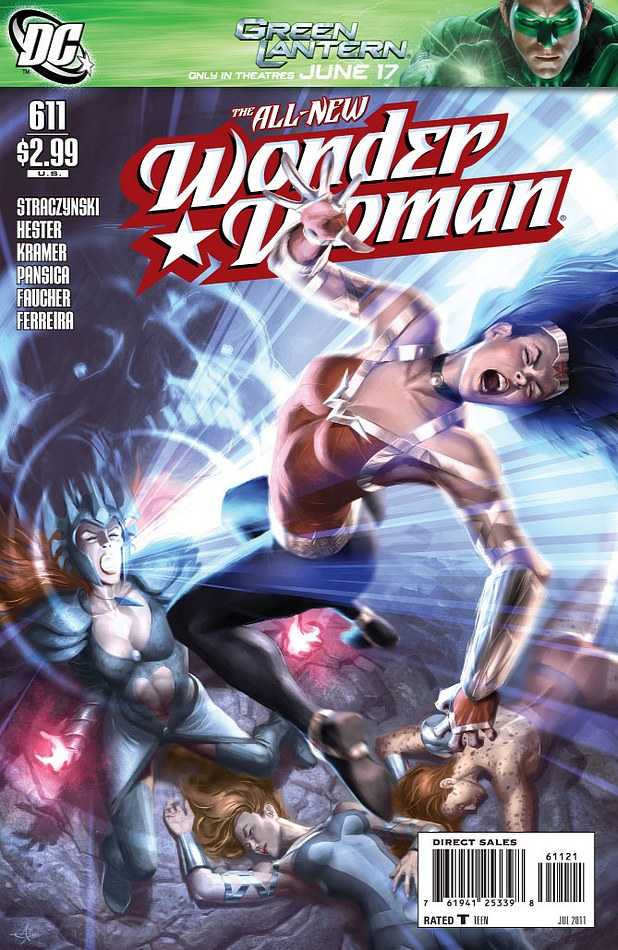