With a whole lot we still don't know about what is going on while we already are at issue 3, I'm starting to lose my patience. So far the Lies story line has been very plane, keeping the excitement at the minimum possible and only taking baby steps forward.

The story continues with Trevor's squad going into a what appears to be a mystic or magic jungle (hard to tell what the writer or artist intended it to be) to find their terrorist while Diana tries to convince Cheetah to help her (why cannot she ask Trevor or Batman instead? both have been to Themyscira and should be more willing to help).Right now the story starts to become predictable, with the first arc being a way to make Wonder Woman team up with Trevor and Cheetah (who's origin must be coming in the Year One story with the way it is teased here) to help her find Themyscira with Diana rediscovering her love for Trevor (why else would we get the story of how they met and fall in love in the even-numbered issues?)

Art is not much different from issue #1 which for me means that I find the background spectacular but the colors too dark for a WW title. At least is nice to see Diana have more than 1 expression this time, but when the bad guy shows a greater expression range I think it is a red flag (in that aspect I have to applaud the artist for her work on Cheetah, specially on how she shows her anger, repent, fury and a whole lot of other feelings)

With this 3rd issue of Wonder Woman it is starting to be clear that the alternating stories really have a negative impact in the book and even more when the 2 stories being so different and unconnected (this may create some big problems for the collected editions unless Rucka has something up his sleeve or DC editors intervene).Year one is good so far but I cant say the same for the Lies storyline

Other reviews for Wonder Woman #3 - The Lies Part Two

Wonder Woman #3 - The Lies Part Two by comicbufftoughstuff on August 02, 2016

Okay, this book was just creepy and weird. I'll try to be nice, but I definitely thought this issue was step down from both issue one (Lies part 1) and the year one story in the last issue. I don't feel like this issue continues very well what was set up in the first issue. That book had a distinctive war feel to me, and this book kind of maintains a little of that, while also having some weird and vaguely sexual scenes between Wonder Woman and an ugly Cheetah. Let's talk about all the weird st... 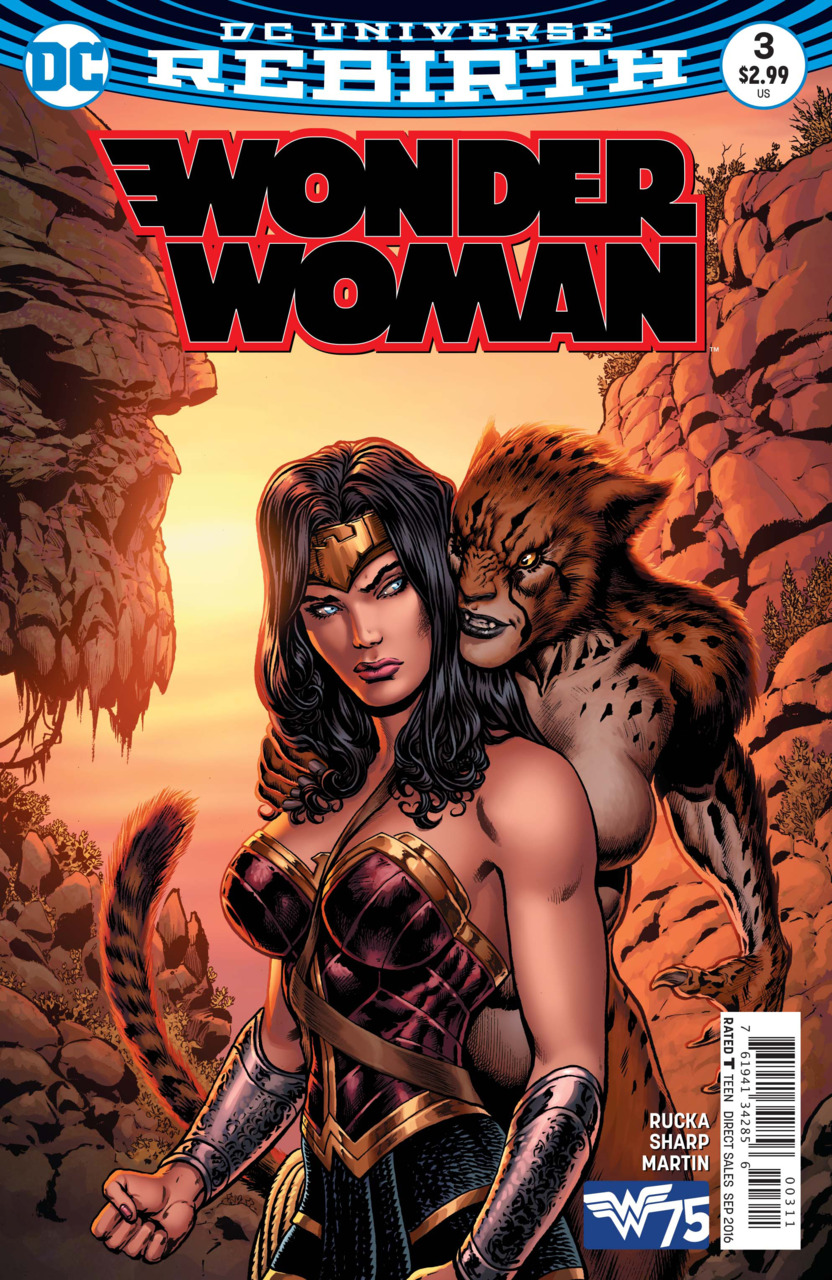 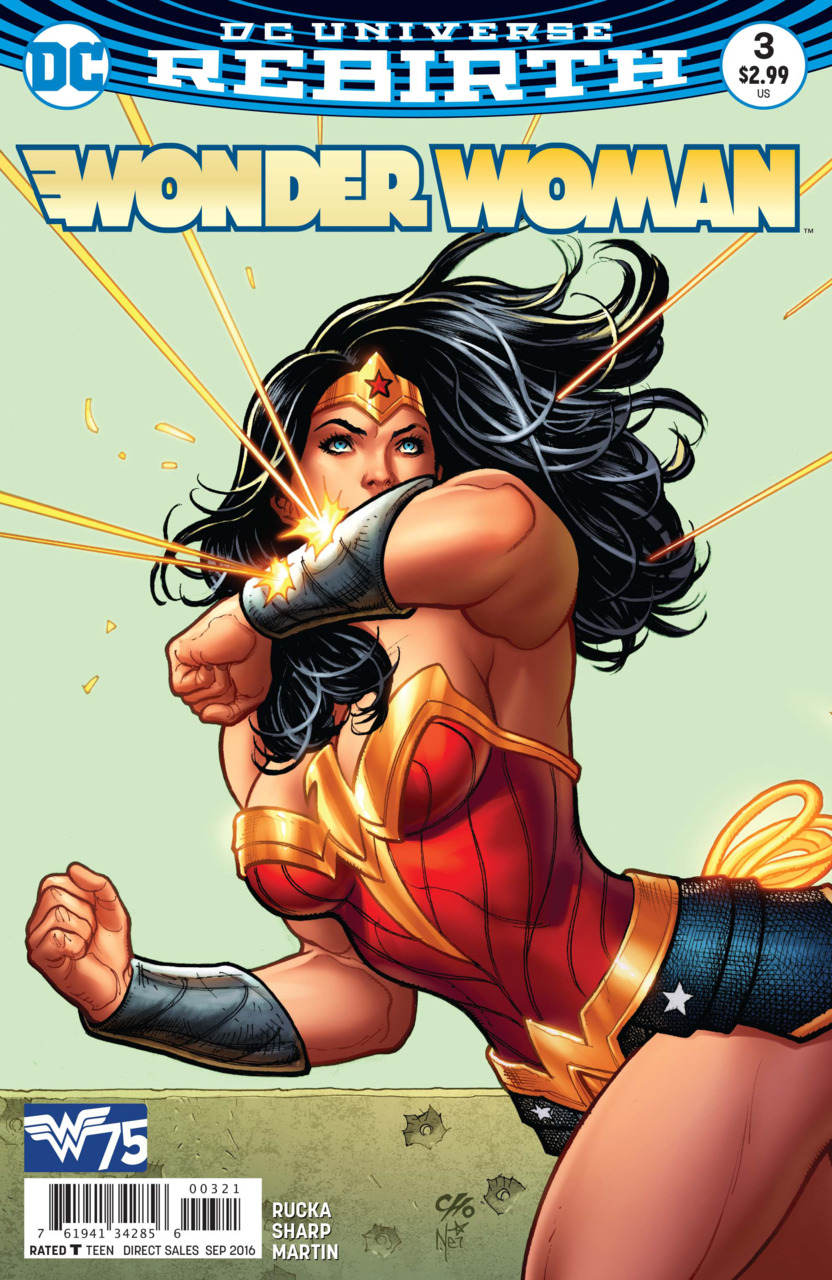