'The Wolverine' is NOT a Prequel Movie

As much as we dig Hugh Jackman as Wolverine, there were some big problems with X-Men Origins: Wolverine. With the follow up movie, The Wolverine, we're all hoping for better things. In one of the endings for Origins, Wolverine is drinking in a bar in Japan. This seemed to be the lead in to the next movie.

Earlier this week, word spread that Famke Janssen was in Australia last week to film a cameo as Jean Grey for the movie. How could that be if this is set before the X-Men trilogy of movies? It turns out The Wolverine will take place after X-Men: The Last Stand.

But what about this image from Empire magazine CBM posted?

James Mangold spoke to Empire magazine and an image of Wolverine with his bone claws appears. Obviously this has to be a flashback. That could also mean that if Famke Janssen was reprising her role as Jean, it would be another flashback.

Empire Online did reveal one statement from Mangold in the interview in the magazine:

Where this film sits in the universe of the films is after them all. Jean Grey is gone, most of the X-Men are disbanded or gone, so there’s a tremendous sense of isolation for him.

It's also mentioned that most of the action takes place in Tokyo where Wolverine falls for Mariko and gets involved in a gang war which will all take place "outside of all previous X-film continuity."

To find out more, be sure to track down and pick up the issue featuring five different covers for The Hobbit.

I am pretty excited for this movie, I hope it doesn't let us down

They should have done with this film what was done with the Hulk and not connected it to Wolverine: Origins or the previous X-Men trilogy, use the opening sequence to set the origin and then go from there. If it ties back into X-Men: First Class fine, but it shouldn't tie into the previous films and risk getting continuity and facts mixed up.

well that didn't clear up anythin?!

Because we didn't have enough Wolverine films....

This intreques me greatly. I was hoping for patch Logan though

@Roldan: It's a sequel. The movie can still have flashbacks.

I like that they still are moving the X-men franchise forward, instead of only looking backward. It can steal some of the movies suspense away, when you know that certain characters will have to survive. 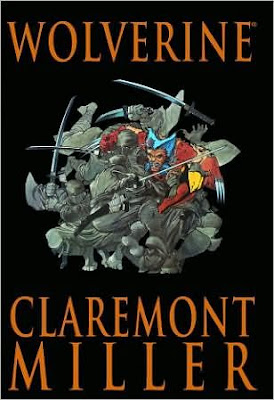 My thoughts exactly. Maybe this is a flashback or something?

I have to say that I'm relieved a bit by this news. I was thinking it was going to be set after Origins. Hopefully they will use the fact that its the newest story in the X-movie continuity to kind of revitalize the franchise afterwards. Sure, alot of the best X-men are gone/dead, but imagine a movie after this where Wolvie forms a new team of X-Men and a new school. Jean Grey Institute anyone? "Wolverine and the X-men" anyone? Yes please for me.

Got the copy of empire sitting next to me; Famke Jannsen, very ambiguously, hinted that Jean could possibly come back (due to the nature of the character) though this was in relation to a question about the next First Class film not the next Wolverine one.

According to Empire, and to Mangold, Wolverine takes place after any of the X-men films. They also confirm that the pic with the claws is a flashback scene.

i was hopeing Rogue would be in a cameo with Logan but i guess Jean works to i have little hope cause fox fucked up x-3 and wolverine so iam not to excited for x-men films anymore. i did love x-1 2 and first class though.

The whole series is terrible! I wanna see Deadpool!!!!

So its a sequel to a movie whose continuity is slowly being erased/altered by the prequel movies already in existence?

So they are going to ruin the best Wolverine Story line that took place in the past by making it take place in the future? Why won't they just reboot? Ugh I think I would forgive it all though if Hugh put on a mask for just a few seconds... I have mad first world problems right now.

This makes no sense.

This makes no sense.

While that is true and I agree with this statement I have to say AWESOME!!!!

Perhaps this will help towards making the third Wolverine movie be about his relationships with Daken and X-23.

Of course I had to forget the link : http://blogs.coventrytelegraph.net/thegeekfiles/the-wolverine-leaked-set-picture.jpg

Oh... that makes sense. They have to pull the adamantium claws to show this isn't a prequel.

All of this make it seem like it's not going to turn out well at all...

in bad news Matthew Vaughn not directing First Class sequel, but like the fact that The Wolverine is a sequl...so I feel very mixed today!!!

Maybe Days of Future Past will be like Flashpoint and change the confusing continuity! Hahaha!

I can't decide if this feels like a move in the right direction or a confusing clusterf***. I think I am inclined to go with the latter. X-Men 3 pretty much killed that franchise for me, and I would rather the new movies stay completely separate.

Why use Famke Jansen? She's terrible as Jean Grey. And Jackman is equally as poor as Howlett.

I am pretty excited for this movie, I hope it doesn't let us down

#42  Edited By Cancer the Conqueror

Is it just me or do his bone claws look incredibly puny?

" In one of the endings for Origins, Wolverine is drinking in a bar in Japan. This seemed to be the lead in to the next movie."

Huh? I don't remember that part? I watched that movie million of times and I do not recall him being in Japan. I think you were preferring to X-Men First Class, correct?

Actually, the 'JG' logo had nothing to do with The Wolverine. It was a leftover from the set of The Great Gatsby.

I think they're just gonna ignore Origins. I mean it's not like they can really tie anything from it into this movie since Origins took place in America/Canada(toward the end I couldn't tell WHERE they were) and this one is in Japan. They COULD, but since this is taking place after The Last Stand which probably took place the year it came out and Origins took place in the mid or late 70's it won't happen.

I don't HATE Origins, it's just the fact they kept having cameos of mutants and did NOTHING with them!! They brought in Team X just to kill them off.

They messed up Blob's powers because he's only invulnerable and strong BECAUSE he's fat hence his name,

The whole thing of shooting Wolverine in the head, TWICE, thus making too bullet holes in the adamantium which WEREN'T in the first X-Men movie when they x-rayed him makes a pretty big plot hole.

Honestly the whole idea of him escaping BEFORE they can wipe his memory was a bad idea. They could've played it like a mystery, like he's being hunted down and he has to figure out why and while doing so uncovers things even WE didn't know before hand about why Stryker is doing what he's doing, and accidentally frees Wade Wilson AKA Deadpool who has gone crazy and gained a faster healing factor due to Stryker's experiments that Wolverine has to fight. That would've been a good origin movie for Wolverine.

I double-checked the ends for Origin Wolverine. STILL don't see him being in Japan. (All I see is deadpool's hand reaching the head.) Um, anyone help me where you see that? Thanks.

That's the first thing I wondered when I noticed the picture after reading it's post-everything. Confusing... unless they're jumping back and forth between trips to Japan [past trip and current trip maybe]? :/

I double-checked the ends for Origin Wolverine. STILL don't see him being in Japan. (All I see is deadpool's hand reaching the head.) Um, anyone help me where you see that? Thanks.

I'm not exactly sure when, but during the credits or something. It's there. You have to believe it's there or the X-Universe will collapse.

Only way this movie will be worth it for me, is if Cyclop shoots his head off in the end of the movie, turns to the camera and does the X cross arm thing.

That was before or after they featured a young Emma Frost on X-Men Origins Wolverine and then as a smokin-hot woman on X-Men First Class?