This series isn't ending as a whole, but this is my last issue. Well, would be my last issue, I'm going to read the Battle of the Atom issues. Can't really count those though.

When Wolverine and the X-Men launched in the fall of 2011, personally I thought it was the best book Marvel was releasing. It was fun, it had new characters that I started to care about, and was the X-Men book to read.

Then things changed. It's hard to say what caused the quality to go down. Many pin point it to the AvX crossover issues. I don't believe that was the cause.

To me the book suffered because it came out way too much. We would get something like the Doop issue, but in contrast we would get an issue involving Angel and Sharkgirl. Think about that, when is the last time Angel and Sharkgirl appeared in this book? Why waste an issue on them? Storyline's that would have been a fun for one or two issues (The Circus, Savage Land) became four or five issues, but still wrapped up in two months. Only a few months out of the year this book didn't double ship it seems. That's hurt the book. Too much!

This issue wraps up the Hellfire Club "Saga" (I use that loosely) and kind of feels like the ending of the series. Sure there is an epilogue, but that is used to set up another series. This is worth buying if you have been buying the series since the beginning. Otherwise, I would pass. There is one surprise that should make long time readers happy, but everything else is by the numbers.

I might have talked about the series as a whole, instead of this issue, but oh well. It's a shame that a book I gave such high praise too originally, that made comics fun, now struggles to get a 3/5 from me. Even when it tried to go back to the fun issues like the Valentines Day issue, it felt hollow. It's like Noah's Arcade presents Wayne's World.

I'm done, anyone staying on, I hope you enjoy it. I'll check out Amazing X-Men when it hits trades (maybe). I think this book can be the prime example as to why double shipping is sometimes a bad idea. 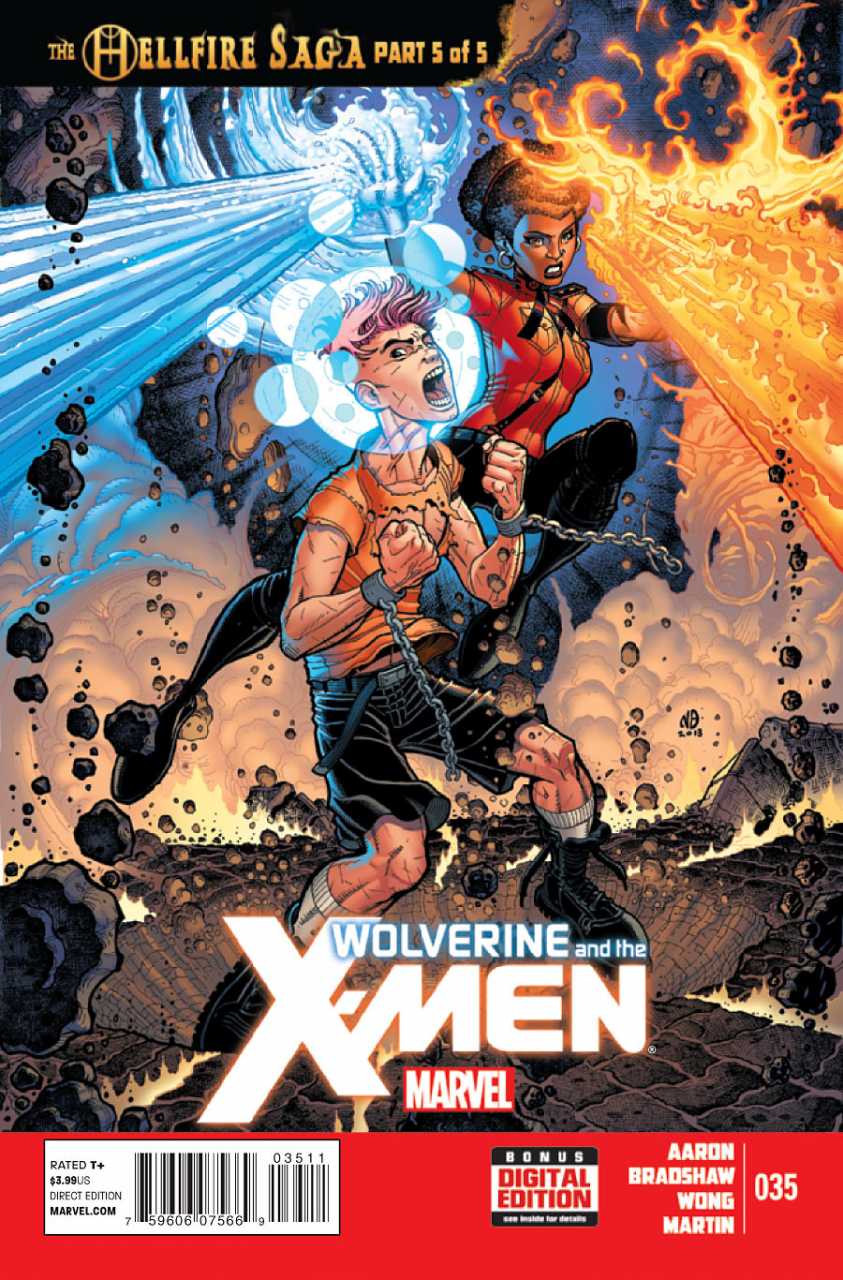