It's Okay. I'm a Super Hero

I'm a huge Wolverine fan, but to be honest I wasn't considering getting any of his new series. This was due to my feelings on the previous Wolverine series, as well as Wolverine and the X-Men, both of which I felt were extremely poor before the start of Marvel NOW! I have however decided to try both series, but have since decided to drop Savage Wolverine after Frank Cho leaves, and hope to continue getting this series.

Wolverine is in a hell of a state, and is trying to comfort a child who's dad is going about killing people.

This was a very good issue, and although it was far from brilliant, it was a good start. Paul Cornell did an excellent job with this first issue, and he has restored my faith in the possibility of a good Wolverine series (haven't read Savage Wolverine yet), and hopefully he can make this series even better. I loved that it started straight in the middle of the action, and although I didn't like Age of Ultron doing this, it was easy to understand what happened before the start, with there still being an overall mystery to the situation. I also loved how Cornell wrote Wolverine, as he showed that he was a viscous character, but at the same time showed that he had compassion, and that he cared for the safety of children. I also liked how he added drama to the story, and although nothing too exciting happened this issue, it showed promise for the future.

The art in this issue was amazing. I've loved Alan Davis' art for many years now, and it was him working on the series that finally persuaded me to try it. Everything about the art is fantastic, but the main thing that sticks out is the layouts, as everything looks in a very movie like art wise,and it gives a very dramatic, and dynamic feel. The detail was also brilliant, and although there were small patches of art that lacked detail, it was small images, which can be forgiven, especially considering the rest of the art was amazing. The best thing about the art however was the way Davis drew Wolverine, and naturally that's the thing I'd hope would be brilliant. I loved the way he made Wolverine look retro, looking similar to how he looked in the late 80's, early 90's, even though he's not changed too much since then. The way Davis drew the half destroyed Wolverine healing was also phenomenal, and I loved that it showed enough without being overly gruesome, as although I like gruesome artwork, it can sometimes spoil the overall artwork. The colours from Matt Hollingsworth were also brilliant, and it really added the type of tone, and feel that this series needs, helping make Davis' art look even better.

The issue started with Wolverine in a very vulnerable position, which was an interesting way to start a series. With the last normal Wolverine series starting with the brilliant Wolverine Goes to Hell story by Jason Aaron, this had a lot to live up too, and although it's not been anywhere near as exciting so far, it has been more interesting. The thing I found slightly amusing was that it was a normal looking man that put Wolverine in this state, and although this wouldn't be the first time Wolverine walked into this type of situation, it's still not something I'd see coming. I also found it interesting that the man was surprised by Wolverine's healing factor, as I thought he would have at least heard of mutants, even if he didn't know who Wolverine was.

The gun the man was using was probably the most interesting part story wise, and if it wasn't for that, along with the interaction between Wolverine and the boy, this issue would have been poor, and not very interesting. The gun had the ability to disintegrate people, but due to Wolverine's healing factor he wasn't killed. It wasn't so much this that interested me, but the mysteriousness of the gun itself. I won't go into grand details as to avoid spoilers, but it had more to it than just being able to disintegrate people.

Wolverine's interaction with the man's boy was probably the most interesting thing dialogue wise. What I liked about this was the fatherly instincts of Wolverine. As people who follow Wolverine throughout the series' he features in, you'd know that he's not been the best father ever. Besides the fact that he recently killed his main son Daken in Uncanny X-Force #34, he's also unwittingly killed other children that he didn't now he'd sired by the Red Right Hand in Wolverine: Wolverine's Revenge, so he's not had the best performance rate when it comes to his children. Anyway it's this reason, along with the fact he never intended to kill his children (apart from Daken, but he didn't want to) that has given him a protective nature when it comes to children. Besides this the boy himself was interesting, and I liked how Cornell showed the innocents in the boy, whilst also adding other things that make this a more interesting story.

Cornell has done a brilliant job on this issue, and it was a good start to the new series. Although it lacked action and excitement, it did have quite a mysterious feel story wise, and it was also very interesting. I also have every faith that this series will get even better, and that next issue will have a bit of action, and excitement to go along with the mystery. I would recommend this issue, but at the same time I'd recommend cautious readers to be wary, as it might not be to their liking.

Other reviews for Wolverine #1 - Hunting Season, Part 1 of 4

Cover &amp; Solicit - 4/5Would I pick-up or buy the comic based on the solicit or cover alone?Are the alternate covers appealing?Does the solicit and cover portray what happens in the issue?Do I like the artist's style on the cover?Art, Colors &amp; Inking - 2/5- Weighted DoubleDo I personally like this artist's style?Does the artist stay true to the characters appearance?If there are multiple artists do they blend well and not disturb the reading experience?Does the coloring/inking blend well w... 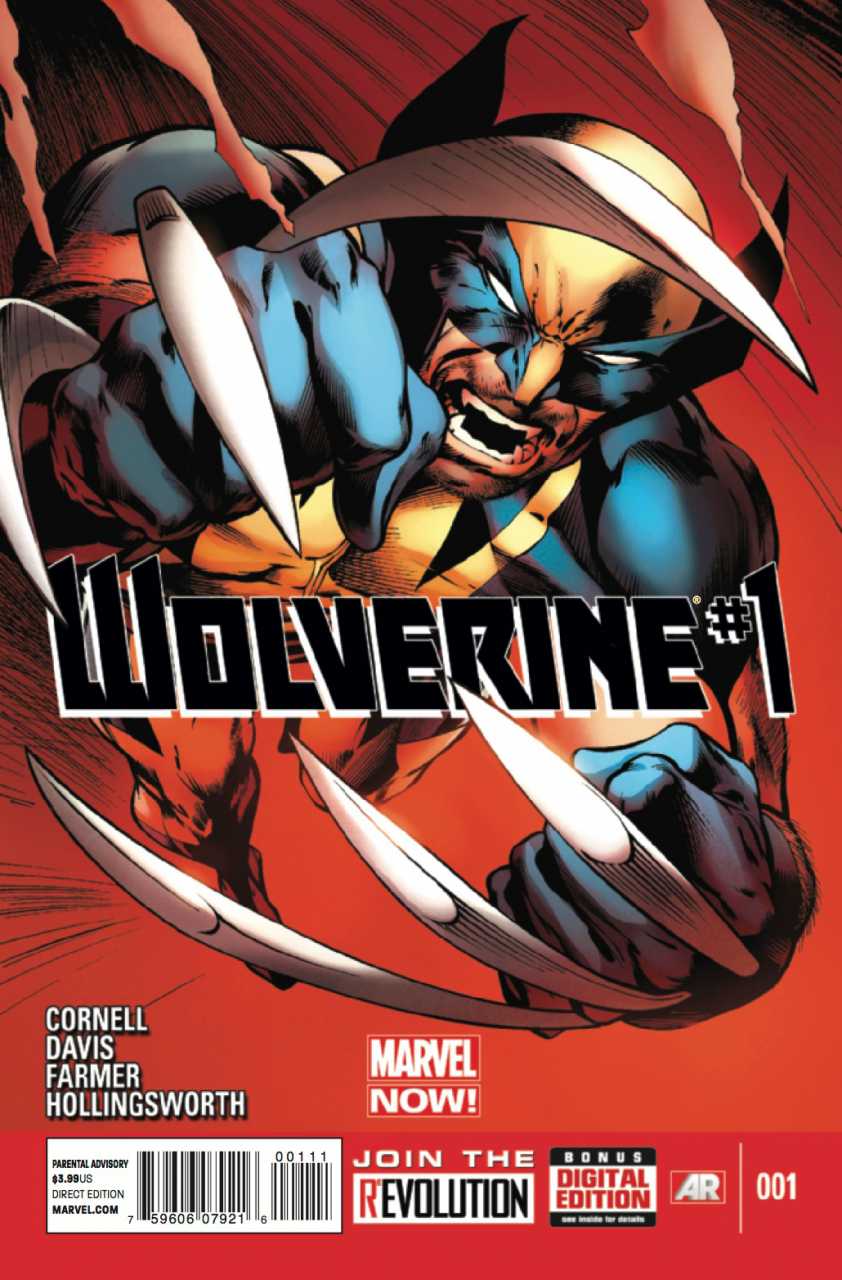 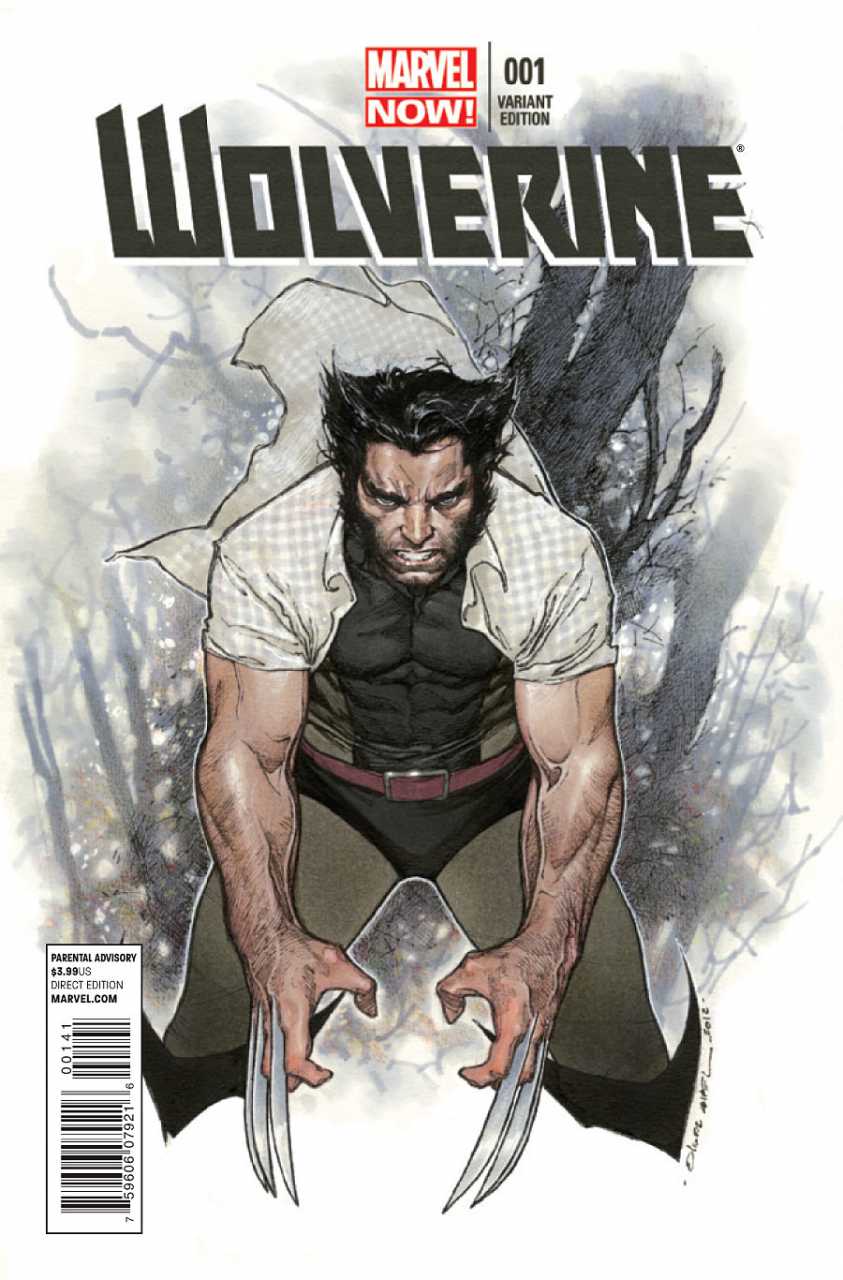 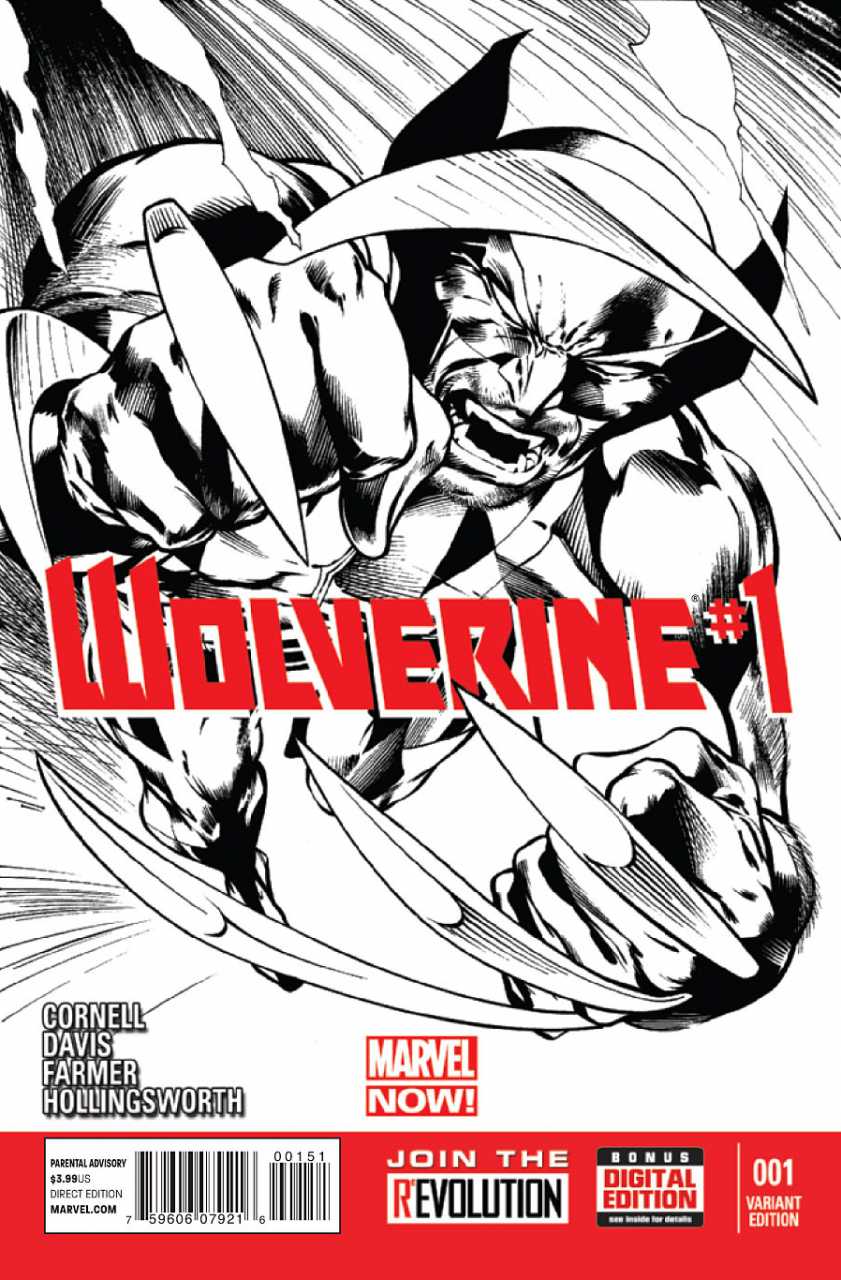 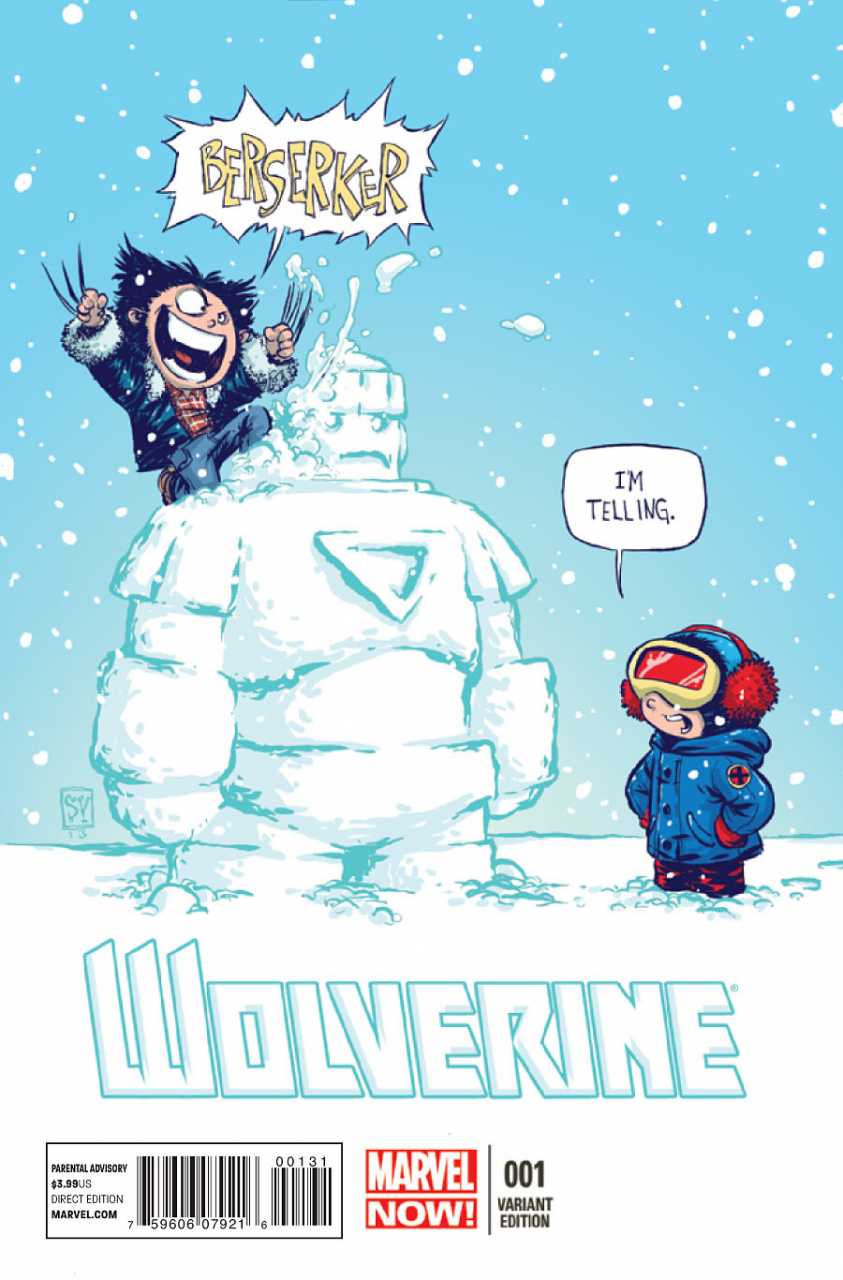 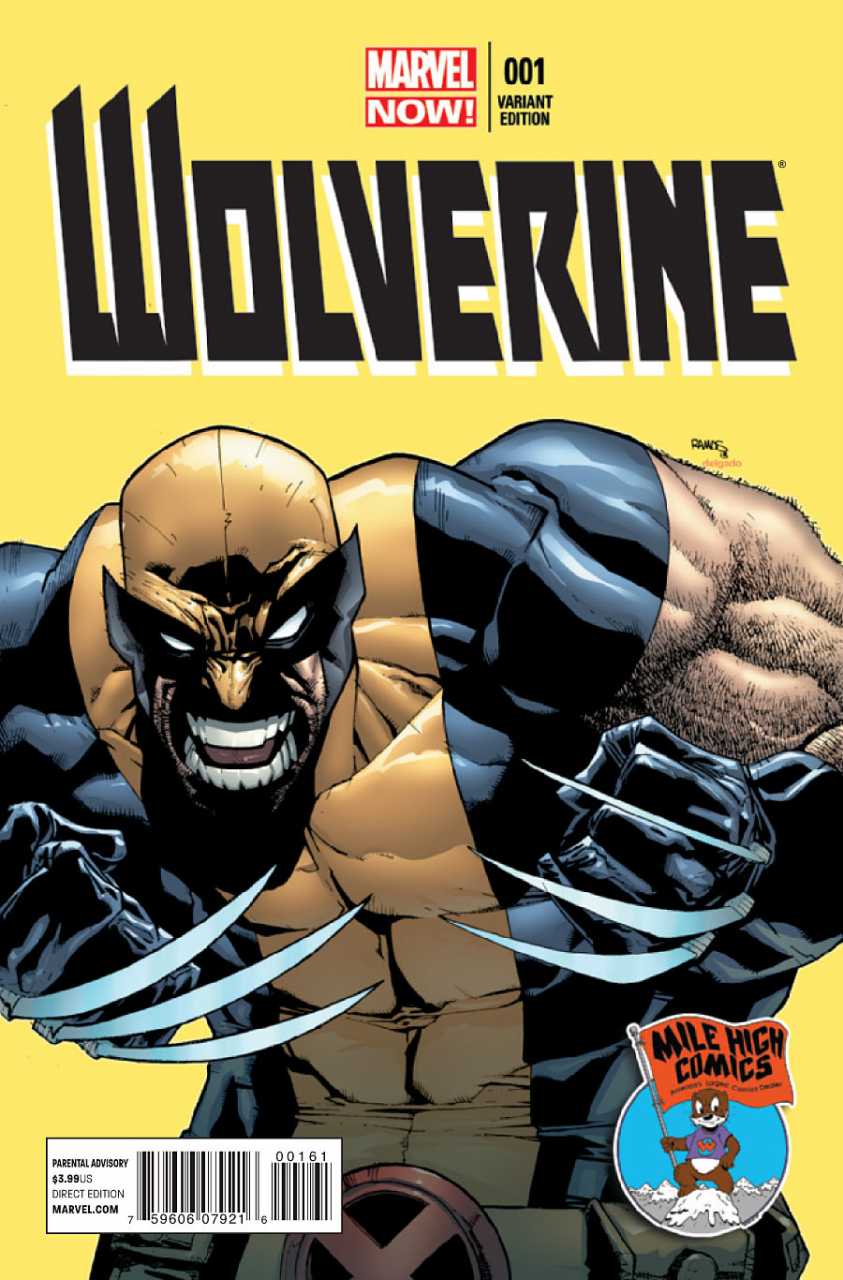 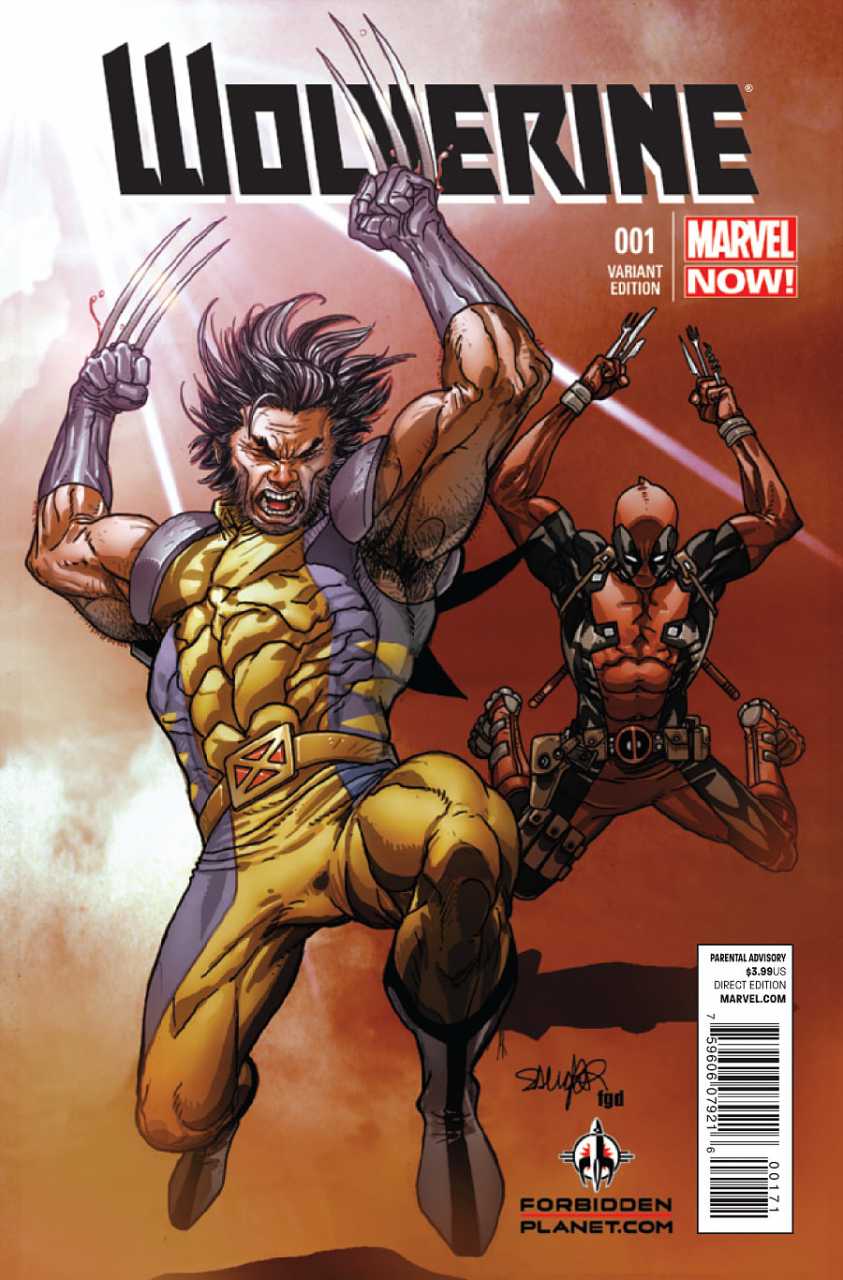 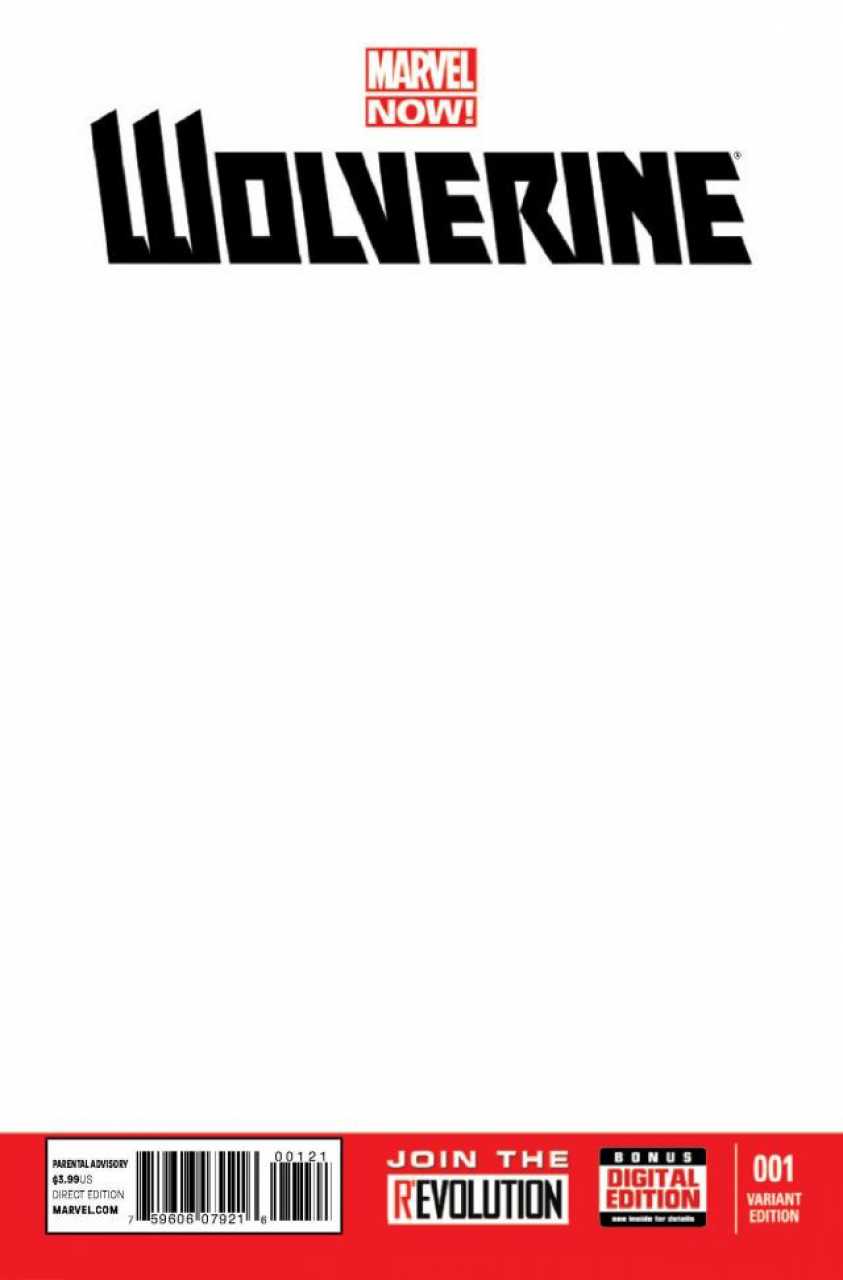