Winter Soldier has to be one the greatest titles Marvel is putting up right now. Thankfully, it wasn't cancelled for the Marvel NOW! reboot, but, unfortunately, as you may or may not know, Brubaker is about to conclude his run on the series with the fifteenth issue. Well, that's absolutely bad. I don't think any writer could do better or even equal what Ed has done in this title. He gives this comic series a special touch to it, that makes it feel like we're watching a movie. It's full of surprises, and the villain is brilliant. He's unpredictable, so you don't know where he'll strike next, which makes this series superb. In this issue we see a brainwashed Bucky Barnes, who desires to kill Daredevil. There's an awesome fight between the two men, which actually steals the issue. Well, that's a bit of a problem. While the clash of heroes was certainly intriguing, it takes most of the issue, which makes the pacing a bit slow. To be honest, that's how the series itself has been so far, taking it all nice and slow, but since the next number concludes the story arc, I wanted to see more stuff happening in this one. Throughout the fight we see Captain America's monologue, which sets a fine tone to the battle.

The artwork here is just great. It has a dark tone to it, and although the pencilling isn't flawless, it fits the book perfectly with its rainy scenario.

Overall, this was a great issue, although this series has had better before. It's full of action and has fine artwork that sets the tone of the book perfectly. Aww, I don't want Ed Brubaker to leave the title!! Winter Soldier #13 gets 8/10.

I have been loving this series and it's one of my favourite Marvel series. I've always liked the Bucky Barnes since Ed Brubaker reintroduced him in Winter Soldier, and have enjoyed reading his tales even more now he's got his own series, with his own name on the cover (unlike when he was the main character in Captain America).PlotThis issue sees Bucky, who has been brainwashed to obey Leo Novokov, attack Daredevil, trying to kill him. Wolverine, Hawkeye, and Captain America follow trying with Wo... 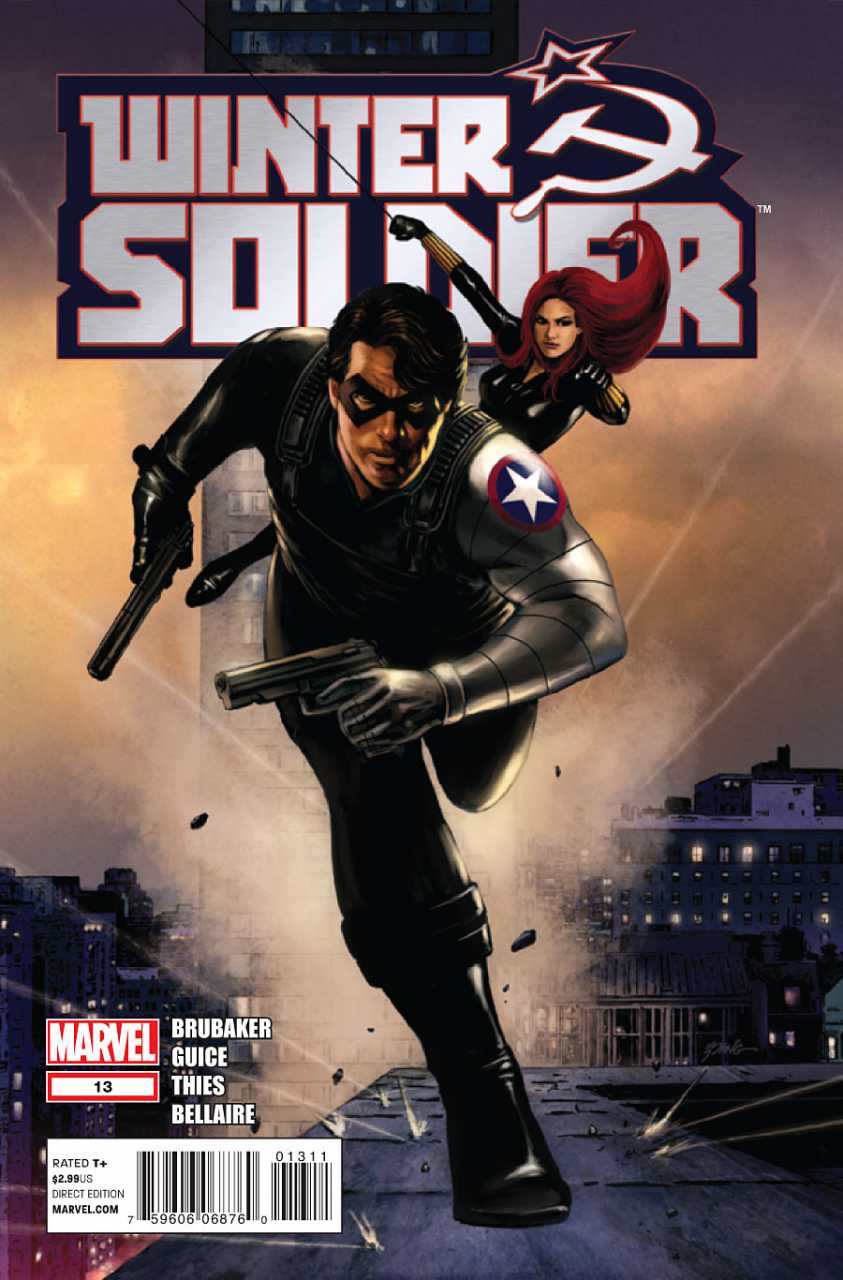