After the New Confederacy is crushed in a second Civil War, only Kentucky holds out, not recognizing U.S. sovereignty.

Want us to remember this setting for all your devices?

Please use a html5 video capable browser to watch videos.
This video has an invalid file format.
00:00:00
Sorry, but you can't access this content!

Please enter your date of birth to view this video

"Where Have You Gone, Joyful Valley of Old" 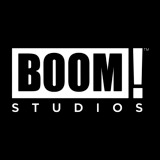 BOOM! Studios is a large independent comic book company founded in 2005 and based in Los Angeles, California, USA.