In Need of a Doctor

This has been a series that I just picked up recently, having not long read the back issues. It has however been amazing me, and although it's not as fun, or exciting as All-New X-Men, it has overall probably been more consistent, and maybe even a little bit better.

Magik goes to Doctor Strange for help, and tells him about the X-Men's battle against Dormammu.

This was yet another brilliant issue, but it wasn't as good as the last couple, and was actually slightly disappointing. After the amazing build up that's been happening in this story I was expecting an epic conclusion, and although it wasn't a bad conclusion, it wasn't as good as I'd hoped it would be, and was slightly anticlimactic. Brian Michael Bendis did however still do a brilliant job of this issue, and although it overall was a bit disappointing, I did feel that it was a very clever way to finish the story, and although it's not necessarily the way I'd prefer, I have to give him credit for that. Bendis also did a great job of showing the character emotion, especially in Magik, as whilst telling her story you can really feel her emotions over the subject, which is interesting as this shows how she's developed as a character, as she'd never have been like this before the X-Men accepted her as a member. I also liked the way Bendis handled the action, but it still could have been better, as with the anticlimactic overtone, and narration it really took away from the suspense, and drama. I did however love that Bendis added a bit of mystery to the story, and although it doesn't leave too many questions, what we find out is very exciting, and kind of makes up for the anticlimactic tone of the issue.

The art from Frazer Irving was once again brilliant, and I've been really pleased that he worked on this story. His style is simply made for this type of story, and his art always shines in these kinds of moments, as although Chris Bachalo was winning me over with his art on the previous issues I seriously doubt that his style would have worked with this story. The way Irving laid out his art also really helped, especially in this issue, as with the narration over the top, it really helped to set the tone of the issue, as well as add a bit more drama. I also loved how he had one double page that was virtually all black, apart from a small silhouette, which although not easy to see, was still nice. Irving also did a fantastic job with the action sequence, as it was at times explosive, as well as exciting, and the emotion throughout was perfect. Talking about emotion, Irving also did a decent job of showing the character emotion during this issue, as although he's not the best at showing character's emotions, he's far from the worst, and did a brilliant job during this issue. I did however still dislike how Irving drew Emma Frost during diamond form, but as this didn't feature too much, it didn't make any difference to the art overall.

Now the rest of this review will be shorter than usual, as less happened in this issue, and I don't want to give away too many spoilers. This issue would see Doctor Strange make an appearance, as Magik goes to him for help, telling him the rest of this story. Now I'm not the biggest fan of Doctor Strange, but it's always nice when he makes appearances, especially in this type of story. The interaction between Strange, and Magik was brilliant, and very emotional, and one of the better things about this issue. I also loved how Strange would make the odd comment as Magik told her story, making it feel more natural, as well as helping the overall flow of the issue. As I said earlier though, it was also due to this that the story had an anticlimactic ending, but you have to take the good with the bad.

The X-Men's fight with Dormammu would continue in this issue, and although I won't go into too much detail over this sequence, as to avoid unnecessary spoilers, I will say what I thought of it. The fight in general was outstanding, as it was in last issue, but to be honest there wasn't really much more added, and although there was some brilliant dialogue, it was ever so slightly disappointing, and not quite as good as I'd hoped. It was however still amazing, and Magik's actions were certainly interesting, but I just can't shift the feeling that it was lacking in something ever so slightly.

As anyone who's read a few of my reviews will know, I don't like giving away spoilers, and avoid it if at all possible. Now to be fair it is possible to avoid this one, but as I found it so interesting, as well as the fact that I have little to talk about in this review, I felt that I might as well add it in, and put a warning above it, so let this be your final warning, as the spoilers are next. For those that are still here, near the end of the issue Magik does a drastic thing, by absorbing Limbo (Hell) into herself. Now this left ton's of speculation for me, as it made me question if she now has to travel through herself, and how this realm can exist within her. There are also other matters, like the revelation that the Doctor Strange she's talking to is from the past that questions if she can now travel through time at will, or whether she also has no control over this (it would appear this way). I do look forward to seeing the developments of this, and with Bendis previous work with magic being great I'm sure he'll do good with this.

This was a fantastic issue, and although the anticlimactic ending of this story was ever so slightly disappointing, the issue as a whole was relatively good. It had cool action, that was exciting, and impactful, as well as emotional sequences. It also had some mystery to it, and the appearance of Doctor Strange, which was also brilliant. Due to this I'd recommend this issue, especially if you've been getting the series so far, but I'd also recommend the rest of the series to others who haven't. On the other hand if you're short for cash, and considering jumping on this series I'd recommend waiting till next issue, which is the start of a new story.

Other reviews for Uncanny X-Men #7

Cover Art: 5/5 Frazer Irving does a spot on job capturing the essence and the feel of Magik in her "Limbo" look. This to me is not about proper proportions, or facial expressions, this to me is a true piece of art in itself. This image creates emotion, has depth, meaning. I love it.Story Art: 5/5 I have come to appreciate why Irving was chosen to represent the X-Men while in Limbo, and through this ethereal adventure they are currently on. The first two pages create this calming fee...

Bendis has a tendency to really decompress his stories. This time he didn't. So much happens in this issue. There is great character development, real tension regarding what will happen to this current band of misfits, and huge payoffs. Bendis also manages to sneak in a few moments of humor that work wonders (Oh, Goldballs, never learn to control your powers.) And Irving's art is perfect for Limbo.The new recruits may not be the most fleshed out characters yet, but they feel more real than... 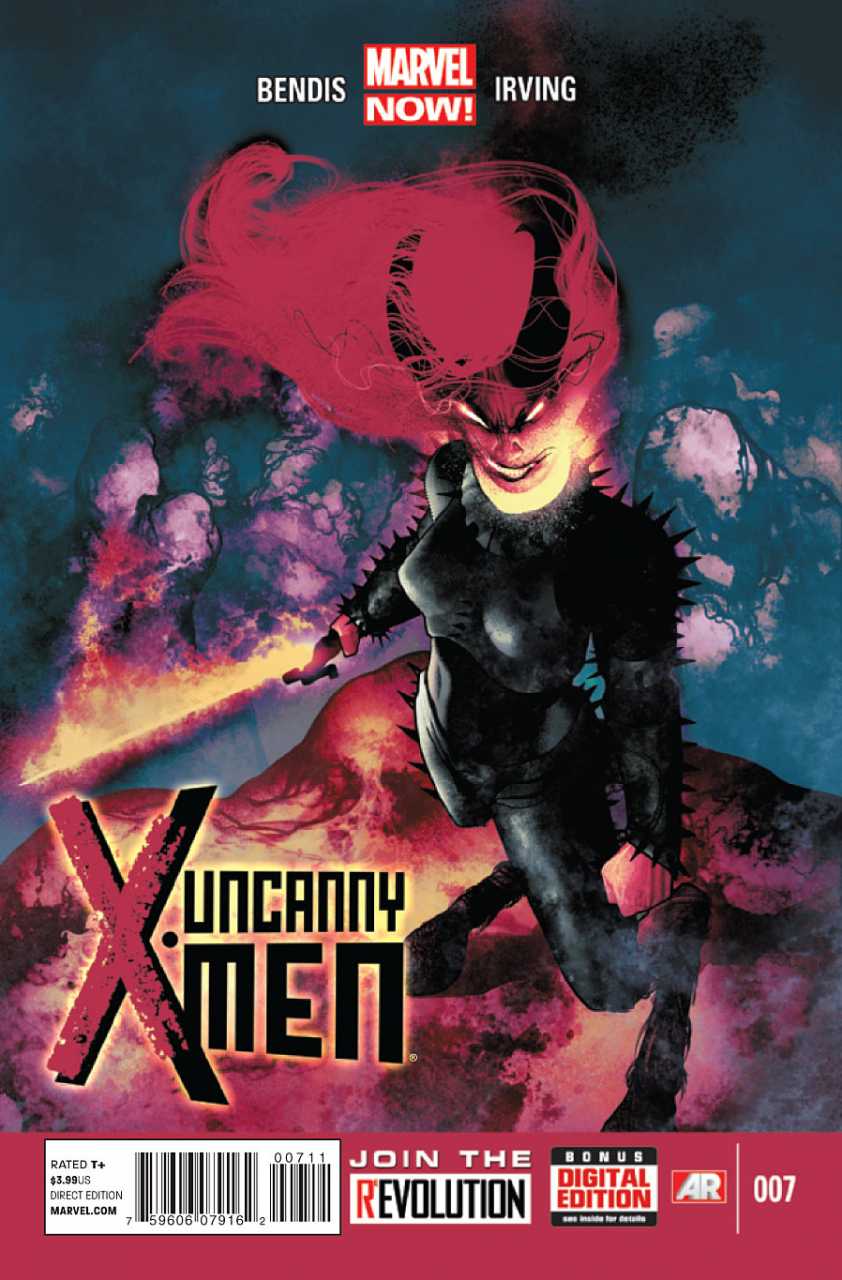 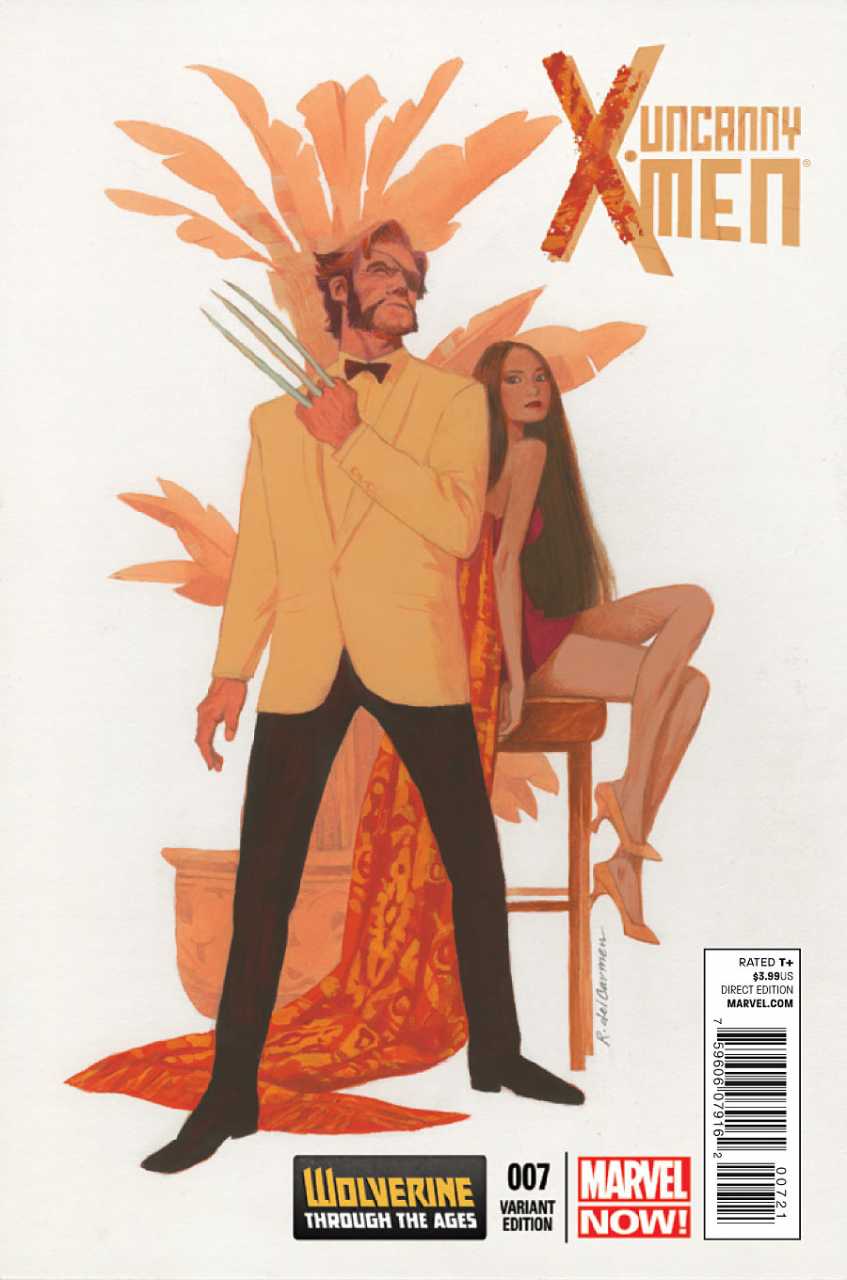