Uncanny X-force is a fantastic book it is one of the most consistent books on the shelves and I am really sad it is ending. Remender went and out did himself with the Final Execution saga which has become one of my favourite Story arcs and some of the moments in it were heart breaking especially the ending of the last issue I hoped this issue would be good and I hoped we get answers to what happened.

Logan finishes burying Daken in Japan. Psylocke meets with her brother and discusses the choices she has made as well as leaving the Apocalypse armour and the Shadow king in otherworld. Deadpool visits Deadpool at the Jean Grey School.

I had really high expectations for this issue after the heart breaking story we just had and to make this a truly great final issue I wanted a big surprise rather than just it ending with a few conversations I wanted something great in this issue. If you haven’t read the series buy it in trade it’s truly worth it and I hope they eventually release an omnibus.

The first page is the one I was most looking forward to Logan overcoming (SPOILERS!!!!!!) him killing his son not a lot was needed since the majority of it was covered in the last issue but Remender gets the whole feeling of it across in a page and a half (I say half because it’s spread over to another page) it’s handled very well and Phil Noto gets the emotion across perfectly he fits this very emotional issue very well.

We then get a short scene between Psylocke and her brother Captain Britain it basically explains the whole reason for the Otherworld story arc but it is nice to see Psylocke express herself also you have to read this carefully as it does provide some information to a later part of the issue this is an interesting part of the issue and it was nice to see Captain Britain say another part of the argument with the Fantomex trial as it does show he’s not just hell bent on getting rid of him.

The real surprise of this issue was the Deadpool Genesis conversation I utterly loved this whole scene from start to finish. This series has had possibly the best characterization of Deadpool ever he still makes jokes and is fairly silly but this series has added a lot of depth to his character he has developed feeling and I utterly love it and I’m sad to see this version of him go until turns up in one of Remender’s books. It’s great to see the relationship between Evan and Deadpool expressed here how Deadpool won’t let him call himself Apocalypse but my favourite bit is what Evan says to Deadpool and how Wade is basically a fatherly figure to him and how he has always helped him. This was an incredibly emotional scenes and I loved every moment of it for fans of Deadpool in this series this will probably be one of the most memorable.

SPOILERS!!!!! SERIOUSLY MAJOR SPOILERS COMING UP!!! BUT THERE IS NO OTHER WAY TO TALK ABOUT IT!!!! PLEASE DON’T GET CROSS AT ME I AM GIVING YOU A HUGE WARNING!!!! SPOILERS!!!!

This was a complete shock to me characters never stay dead but they never come back like this. Fantomex comes back but he has been split into three separate personalities the mutant hunting sentinel, the nice one and the normal one turns out that EVA got some of his DNA and cloned him from that but Deadpool decided to go ahead with it early when EVA originally intended him to be the way he was originally was .This is such a twist there are a million possibilities that could come out of this and now we have answers to who the female Fantomex on the Marvel Now! Relaunch of Uncanny X-force and now there is a mutant killing sentinel on the loose we know this isn’t going to be the end of it. To a massive Fantomex fan like me this makes me very happy and I can’t wait to see more of it.

Phil Noto nails every page people have complained about his art not looking rough enough and the action scenes don’t look very good but he is perfect for an extremely emotional book like this issue because he draws the facial expressions perfectly.

This was a fantastic issue a beautiful end to one of my favourite series please Marvel release an omnibus of this series so more people can enjoy it.

Fitting End to a Marvellous Series 0

This has been one of my favourite series since it started, and although I've not read the entire series (have read most of it though) I am sad to see it ending. This series didn't just shape the X-Force into something, better, and more unique than ever before, but it also drastically changed my opinion on Rick Remender's writing, having only read his work on the Punisher prior to this, which I felt was mediocre, and far from brilliant. This series however was brilliant, and Remender has continue...

This was perhaps one of the best things Marvel ever published and definitely the best thing I've been reading for the last three years. How Remender said goodbye, even making a joke of "self-indulging yakking" farewell, though this is something I believe of great importance in this business, the recognition, the award, the pad in the back, this is truly what he appears to be: someone that received a shot and seized his opportunity with excellency. Sure, the idea was already there, created by Yos... 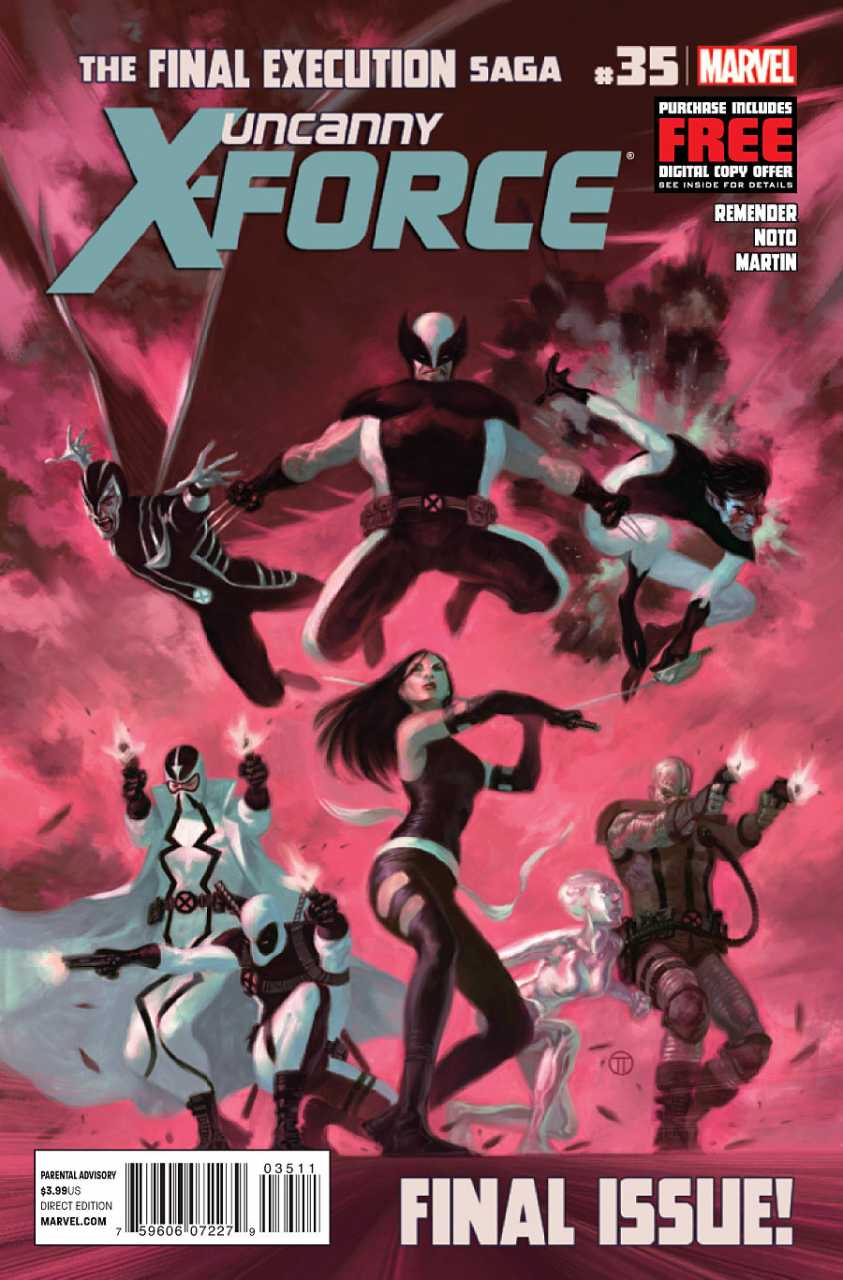 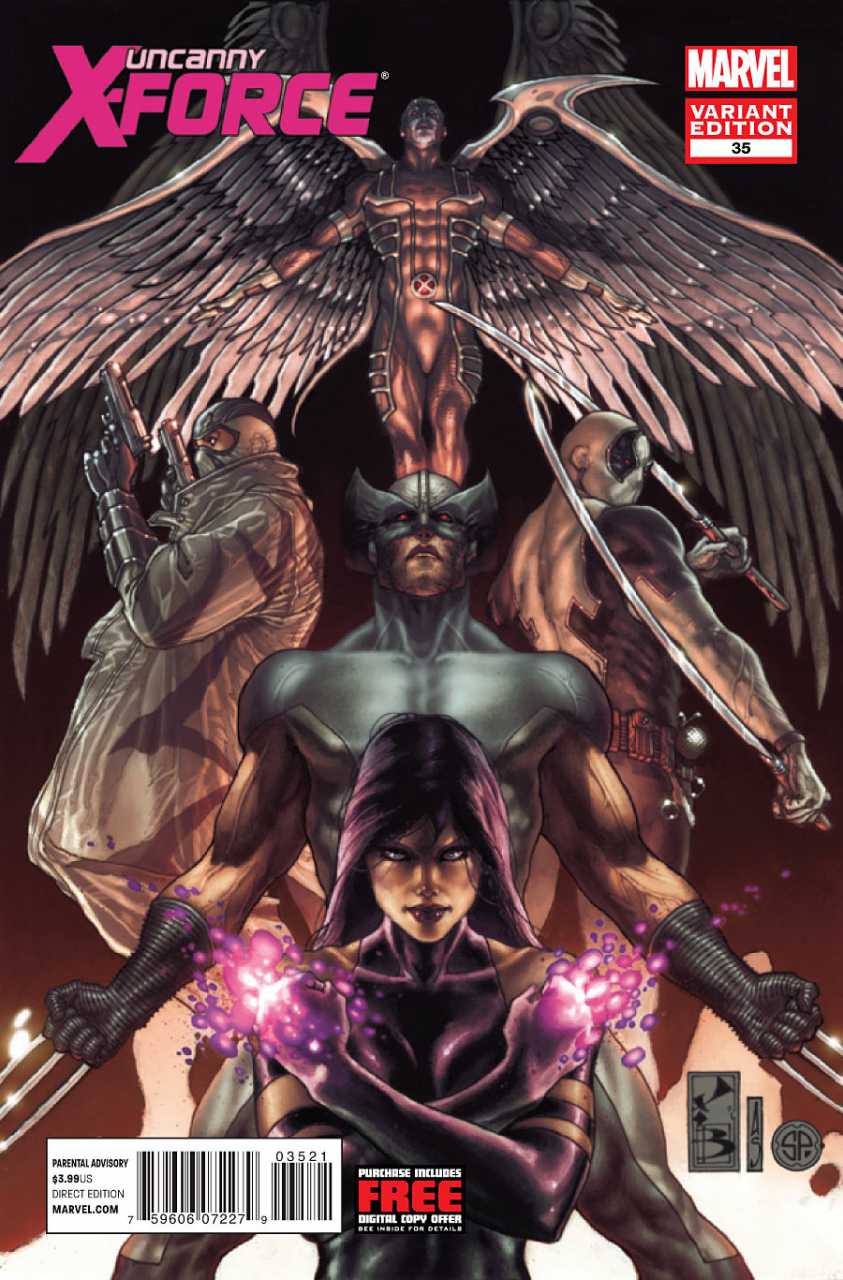 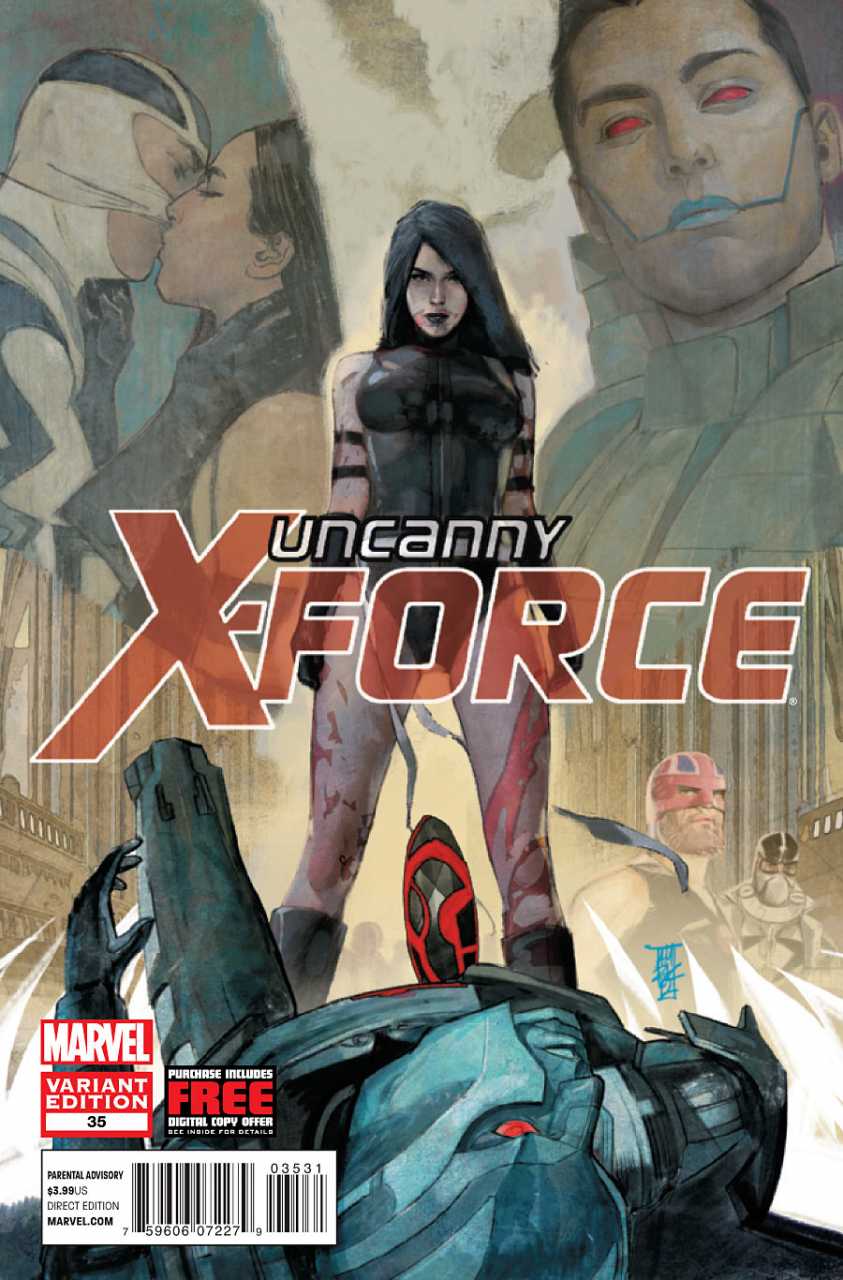