This has been one hell of a story and I have been enjoying it very much. After hearing how good this storyline was I decided to get the issues that were out with this being the only issue I got on release week, and I'm happy I did. Rick Remender has done a brilliant job on this series and I hope that he can put the greatness that this series will be leaving behind into another series.

This issue sees Genesis, now in his Apocalypse seek vengeance against anyone who is bad. The X-Force now have to try and stop him from succumbing to the evil nature of Apocalypse whilst battling the Brotherhood of Evil Mutants at the same time.

This was a brilliant issue and one of the best endings to a story I have ever read. I have loved what Remender has done with this series, and he's written and understood the characters perfectly throughout this series. He has done an amaing job in this issue of ending what has been one of the best stories I have read this year, and I've loved how he's not just put ton's of action into this finally but emotion as well. I liked how he's started and finished this series in a similar fashion and although Genesis has been mostly used in Wolverine and the X-Men he has been able to bring the character back to where he started whilst adding the characters from the other series along with him.

Phil Noto continues to add amazing art to this series and I have been happy that he's been working on this story. The detail he puts into his art is brilliant and I love how it doesn't matter what he's drawing it's always highly detailed, as a lot of artists don't care about background or people in the background, whereas Noto put's detail into as much as he can. I also love the way he draws the characters and how he shows their emotions and expressions throughout his art. I like this because it doesn't matter if they're happy, sad or just been injured you can tell it easily leaving less need for thought bubbles. Frank Martin Jr. has also added some amazing colours to the last few issue which have been brilliant and kept the tone of the book the way I love.

Genesis turning into Apocalypse was one of the things I was most looking forward to seeing during this story, and it was very well done. It was only a matter of time before this kid snapped whether the Brotherhood of Evil Mutants were involved or not. I have however really enjoyed seeing this child who's wanted nothing but to fit in and be good, be manipulated into becoming what he was destined to be. I also liked during this issue it appeared that it didn't matter who's side you were on, as Genesis was reluctant to trust anyone.

The thing I was actually most looking forward to however was a fight between Wolverine and Daken, which happened during this issue and didn't disappoint. Wolverine and Daken have for me produced some of the best moments in Wolverine's history over the last few years, and I always love seeing them interact with each other whether fighting, talking, or very rarely working together. The fight between Daken and Wolverine in this issue was however one of the best I've seen and that was mainly due to the amount of emotion that has been built up by the two over the last few issues, whether it's Daken saying how he wished sometimes that Wolverine was there for him growing up or Wolverine being disappointed with the path his son has taken, and how he tried to kill him. This fight wasn't however that long but the way it was written and drawn as well as the build up made it a very good fight.

It was also nice to see E.V.A dish out to AoA Nightcrawler what she thought about his betrayal. I understand why AoA Nightcrawler betrayed his team members but E.V.A. still had the right to be upset with AoA Nightcrawler. It was also nice how E.V.A. showed no regard for AoA Nightcrawler's reasons and how her only concern was getting revenge on some who didn't only betray them but put them in harms way. It's also questionable whilst the two are interacting to how honest AoA Nightcrawler is, as although the deceased version from this universe was honest he also wan't a killer like the AoA version is. I also hope that we get to see AoA Nightcrawler in a series following this as I've actually grow fond of the character over this story, despite the betrayal, and he's the next best thing to having the normal Nightcrawler back (which I don't want to see any time soon a comics are to guilty for bringing people back from the dead not long after they've died).

This story was brilliant and I can't thank Remender enough. I would highly recommend this issue as well as the entire story and am looking forward to seeing how he ends the series in the final issue.

B'awhhhhh...! *Sniffle, reaches for a tissue box*Th-this issue....my heart-strings...puck'dStraight from the get-go there's rip-roaring events to behold, the team finally managing to turn the odds in their favor and proceed to dismantle their enemies, one at a time, as Kid A dons the suite. We got team members brawlin', one taking flight out of cowardliness, enemies are fleein' scared, trying to make deals but at the same time helping themselves to a parting cruel jest. Explosions are abundant, ...

Cover/Solicit - 4/5- Would I pick-up the comic based on the solicit/cover alone? Are the alternate covers appealing? Does the solicit/cover portray what happens in the issue?Art - 4/5- Do I personally like this artist's style? Does the artist stay true to the characters appearance?Colors/Ink/Lettering - 5/5- Does the work blend well with the artist? Is the coloring/inking enjoyable and easy to distinguish what's happening? Can I easily read the lettering?Layout/Flow - 5/5- Does the layout of the... 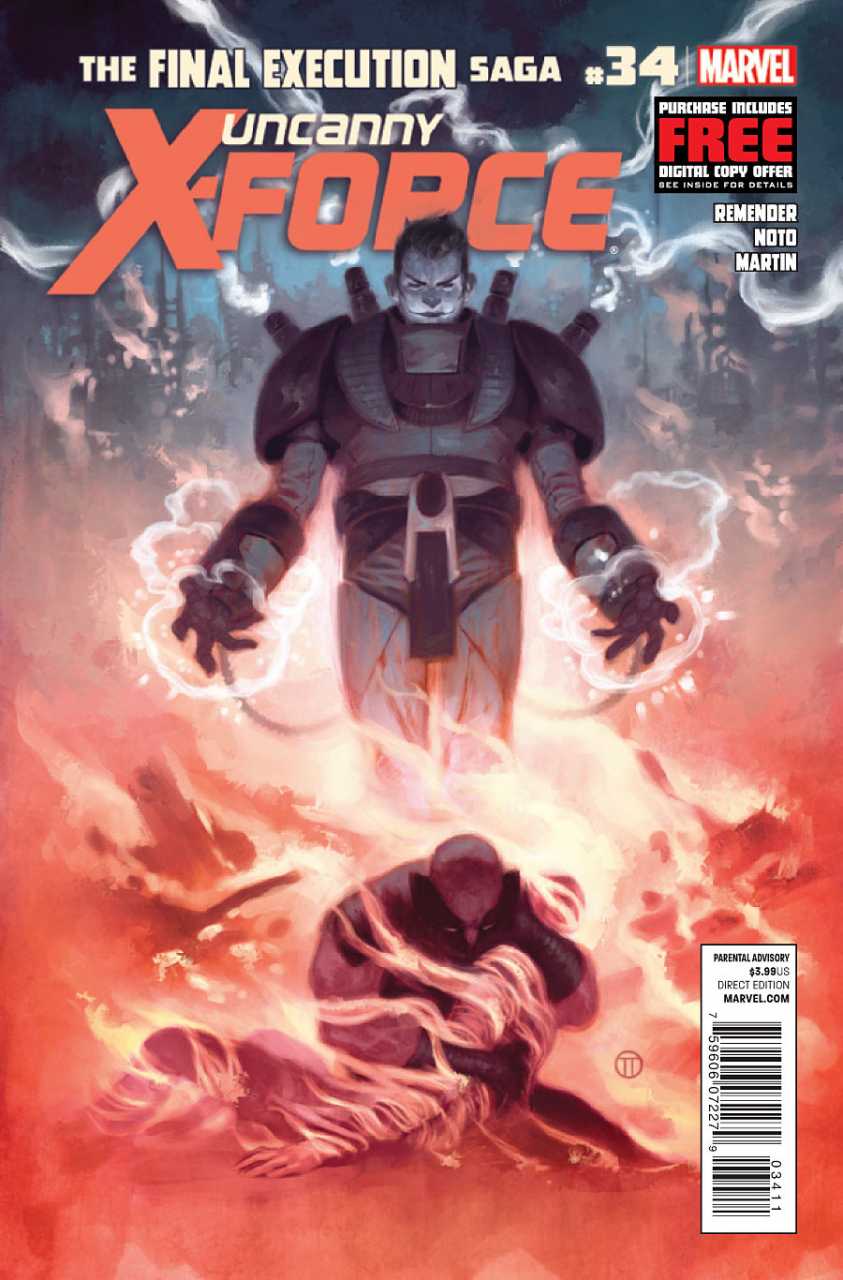