Ultimate Comics: Spider-Man was probably my favorite series of Marvel before the 'United We Stand' arc started. I have to admit its quality dropped a bit once this storyline first began. Don't get me wrong though, the series is still great, and I'm very happy to see a new arc starting in the next issue, especially since it includes the Symbiote.

What I probably love the most in this title is Miles' monologue. He is a teenager, so he is still irresponsible and whenever he performs something nice, Morales is all surprised. As an example, we have: "Yay, I beat up a girl. How proud I must be. Well, at least I didn't get beat up by a girl".

This issue is also full of action. We see a fight between Giant Woman and Miles. Marquez does a fine job here, especially on the action scenes. His artwork is, in my opinion, superior to Larraz's pencilling, although it's inferior to Pichelli's art. Anyway, the fighting is really interesting, especially since, as you probably already know, Miles has the same powers at Peter and a few more, so it's always intriguing to see him using his camouflage or the "electrifying touch". But I just wondered how the hell Miles K.O'ed Giant Woman with a single punch. I mean, I know he has super strength, but she's freakin' huge.

Spider-Man is also developing a new relationship with Spider-Woman. Bendis delivers well done and emotional dialogue between the two of them. However, the issue is not fully dedicated to Miles. We also see what happened to Jefferson, his father. It's a nice scene, although I think it could've been a bit shorter.

Overall, this was a pretty fun issue, although not much happens here. Bendis delivers brilliant monologue and intriguing action between Miles and Giant Woman. Spider-Man is also developing a relationship with Jessica, and I truly wanna see how that goes! Ultimate Comics: Spider-Man #18 gets a 7/10. And there's a Symbiote arc begining in the next issue. It'll probably be awesome, so make sure to check that out! This series is very good and needs more readers.. 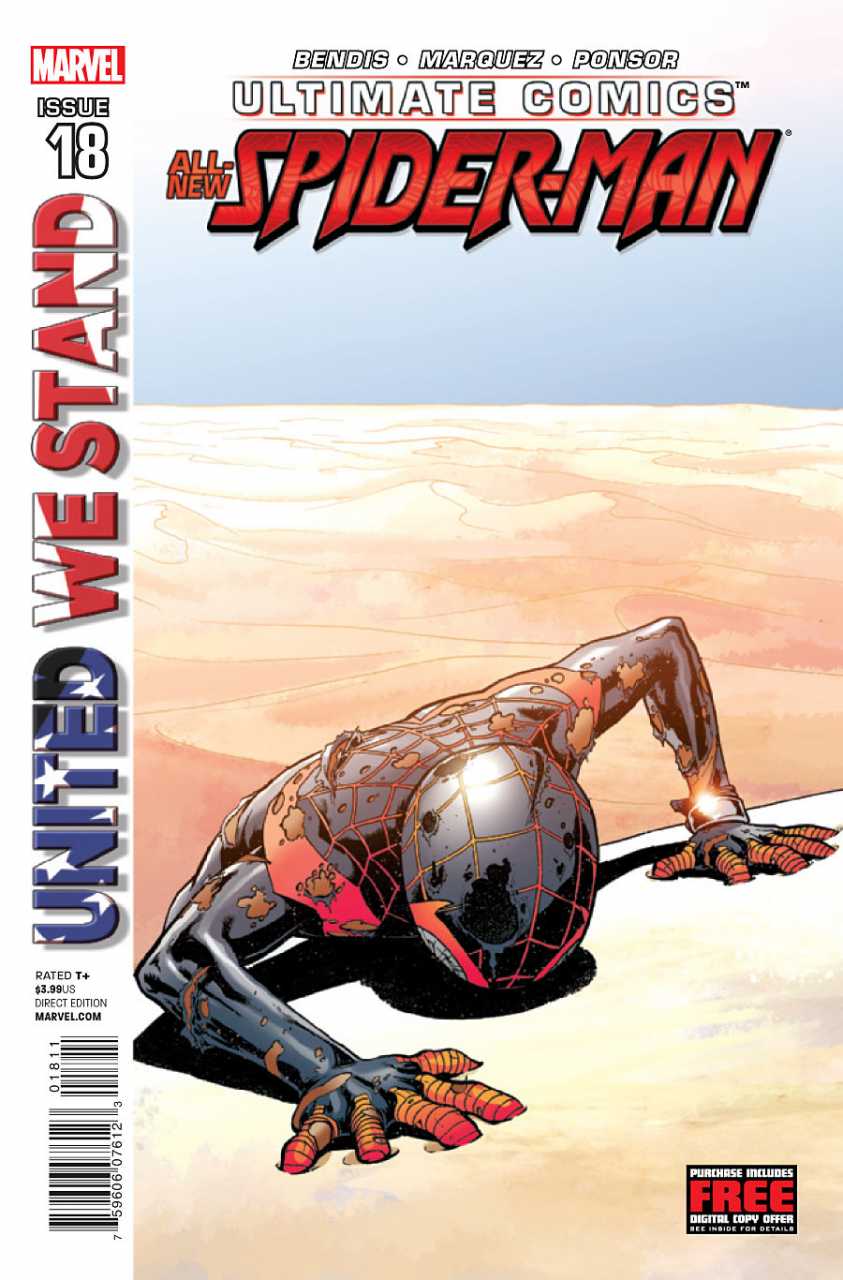