Positive: Something about this first issue, perhaps the stylized, futuristic uniforms worn by the scientists and explorers in 3797, carries a sense of nostalgia that is both entertaining and refreshing. Super-advanced humanity is juxtaposed with tribal life in such a way that parallels are obvious. Future culture seems to embrace facial warpaint. Disease is rampant, as it was in the New World shortly after colonization. Main characters stand on alien soil, yet are constantly reminded of their past.

Negative: Even at twenty-eight pages, this first issue felt too short. However, that is not necessarily a critique - more of a complaint. I look forward to the next seven issues and suggest this to anyone who loves a classic, yet not so classic, science fiction story.

Beauty In the Eye of the Beholder 0

Trillium is not a comic for the casual reader. Trillium is also probably not a good introduction to the world of deeper storytelling in comics. A lot of this is because of Jeff Lemire's artwork. I won't say it's bad, I'm not that shallow, but it's definitely no Jim Lee or Greg Capullo where it's obviously detailed and excellent. But close examination reveals the body proportions and details like hands are surprisingly skillfully portrayed, despite the initial sense of scribbly, loose, amateur a... 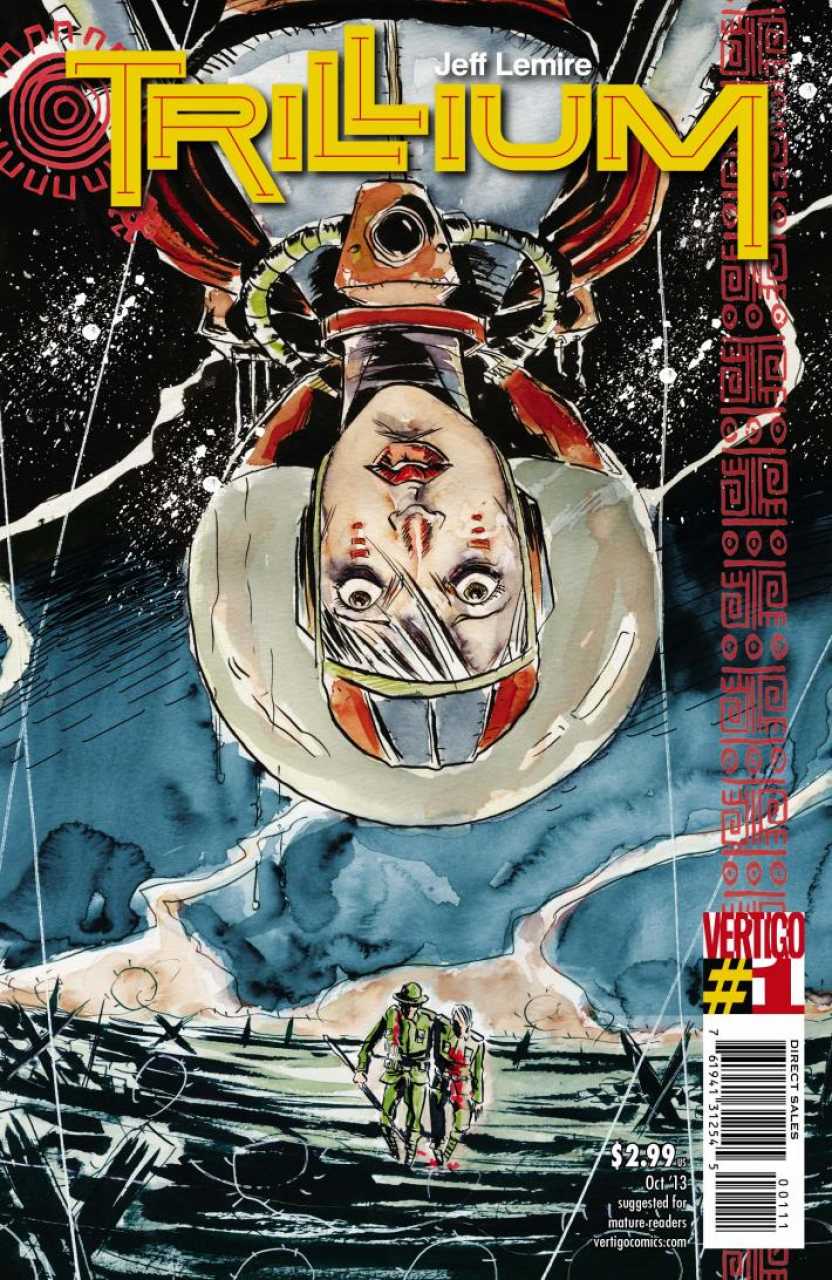 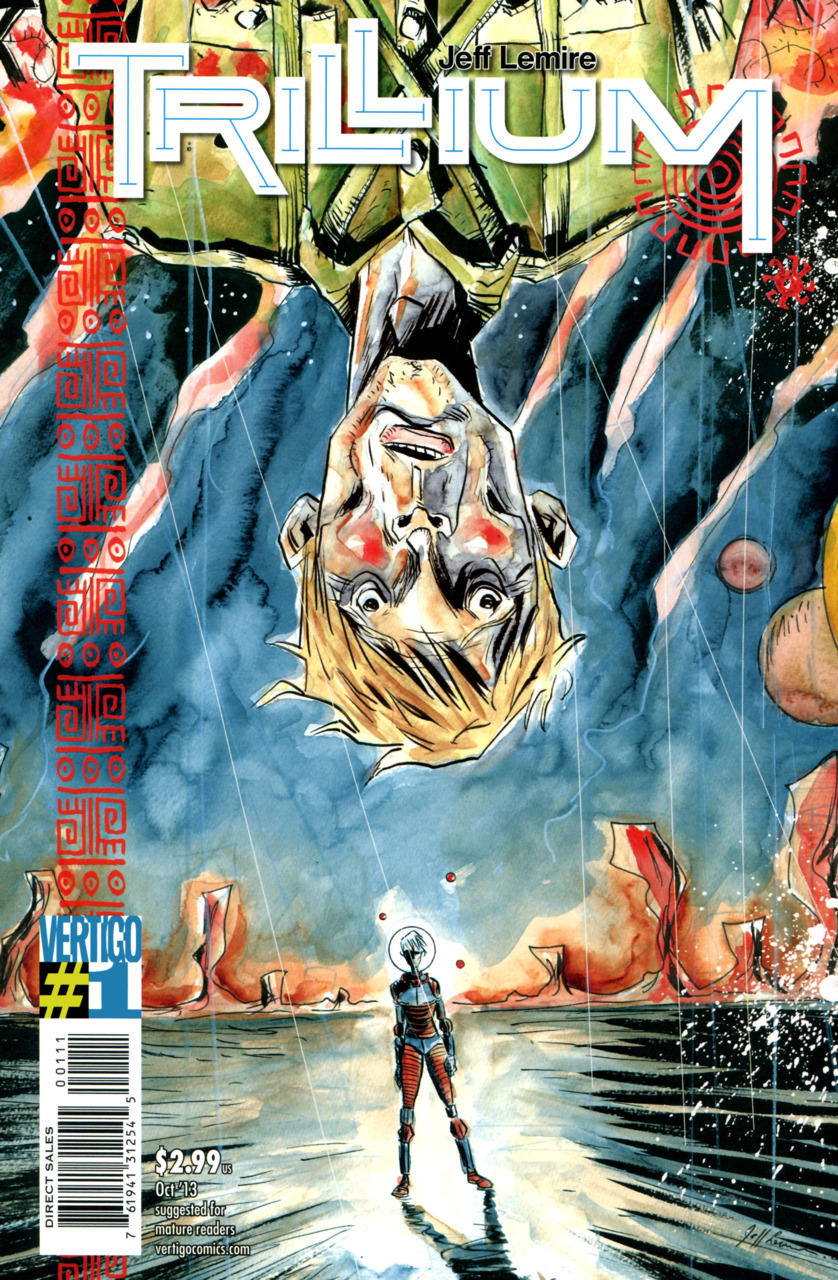 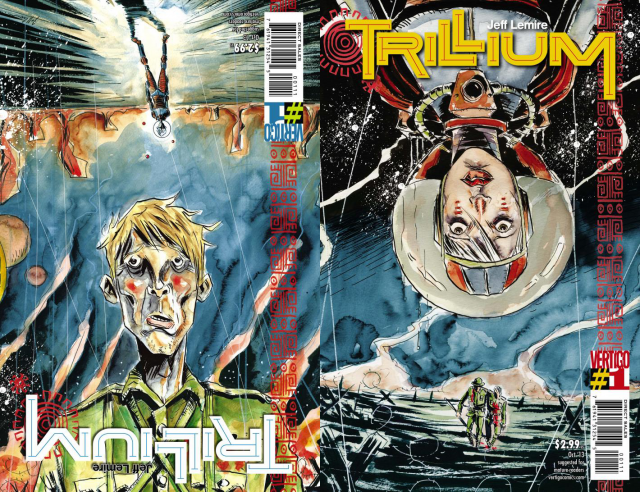 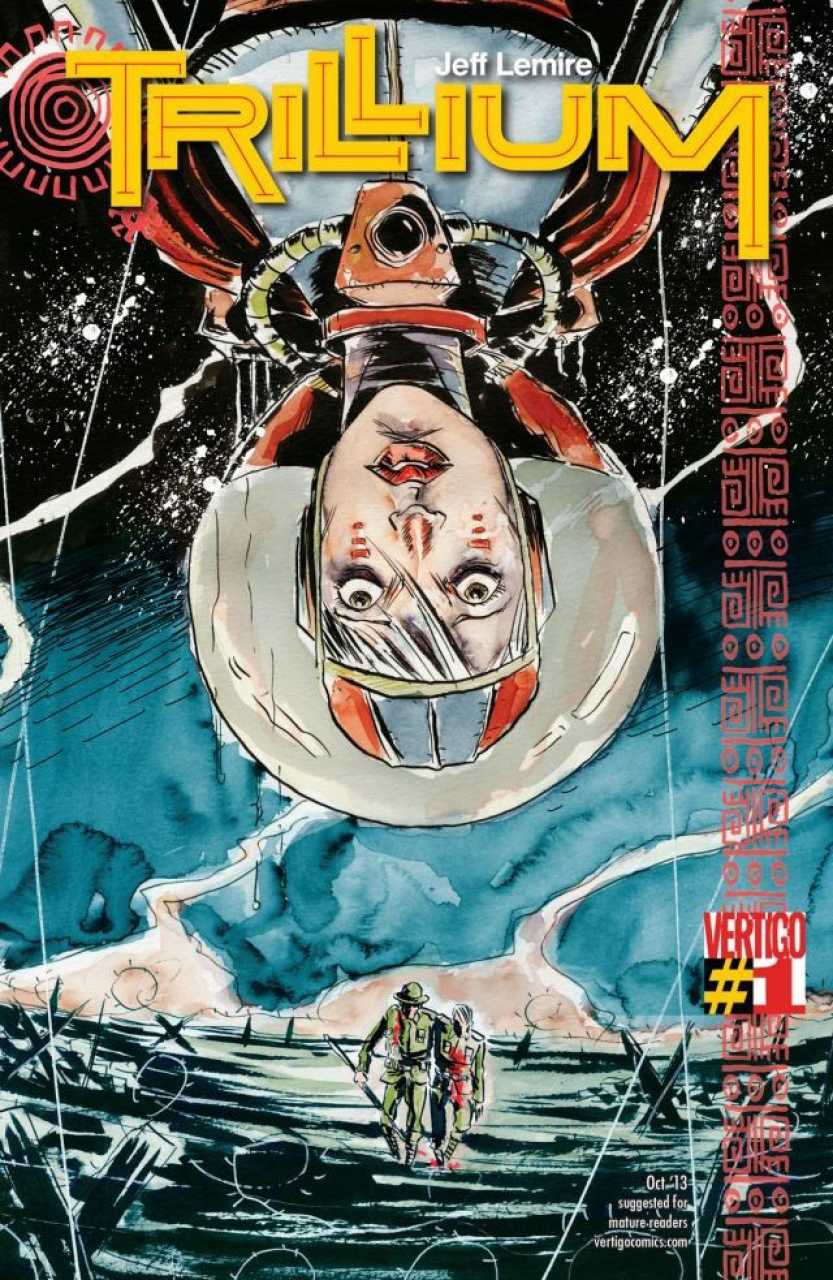