Review: To the Heart of the Storm

Eisner does an excellent job of telling a very personal story in the midst of the growing tensions leading up to World War II. As he relates to us his life in New York City, there’s a tangible inevitability to the brewing conflict. I’m not much of a history enthusiast so my knowledge of the time period doesn’t go much beyond the broad strokes. So I appreciated that his tale that dealt more with the emotional climate (no pun intended) rather than the broader political landscape I was already familiar with. Eisner is just a boy in the years leading up to World War II which gives the story a smaller sense of scope and a feeling of innocence slowly being lost.

To the Heart of the Storm interweaves several narratives. The framing device is a train ride Eisner takes after being drafted into the army. During the ride he takes stock of his life so far. We see bits of his youth and the lives of his parents before they met and married. Eisner shows us all the circumstances that lead to his decision to fight in the war rather than avoid service. His life growing up in New York often feels complicated because of the ever present anti-Semitism. We are shown countless examples of subtle and overt prejudice that Eisner and his family endure. It seems most of our main characters at one point or another are confronted with the question of identity. Do they try to hide that they are Jewish or do they remain true to themselves despite the bigotry that they will likely encounter. This seems to be the real heart of the storm that Eisner is referring too.

Eisner’s art work always has a very classical feel to me. I can’t help but think of Norman Rockwell’s portrayals of Americana but without the spit shine to gloss over the ugly parts. His general lack of the rigid panel layouts are quite refreshing. I had to wonder several times while reading this why no one’s attempted to adapt Eisner’s more autobiographical work to film. It would be a shame if the abysmal Spirit movie was his only work to see the silver screen.

Sorry, I didn't care for this. I wish I did. I went and got my money back.The book covers the childhood of Will Eisner, not his entire childhood, but specifically all the antisemitism he would see and experience. If you're expecting it to cover him and his art, it doesn't. Pages show him doing so, but that's just to show what he's doing in the scene. The best part of the whole book his near the beginning, where Willy's father tells him, "Only one weapon is needed when up against a dumb force." A... 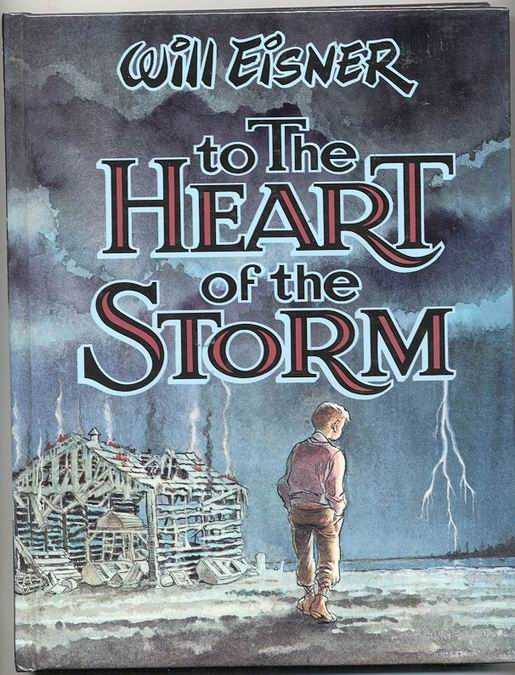