The Origin of a Butcher

The second arc is here and it starts now.It continues with the new villain Gorr and this may be a let down for some big Thor fans because in the issue he doesn't appear at all.We have came to the moment where Jason Aaron is telling us the origin of this blood thirsty villain that is a God Butcher and it should turn out good because it's always good to know what is driving the villain to his acts.

We travel back when Gorr was a kid and almost like every psycho in comic books or a supervillain he had a troubled past.His father died and one day his mother saved him with her own life.After that he lost his wife and had to kill his last son.It's a sad story that can really touch you deep down but it's generic.It's like every origin story of a psychotic villain in comic books and it ain't really different from their origins.And after that he got his powers and just decided to kill the gods because they weren't there for him when he needed them.It looks like a good plot but the way it was done in the issue just felt forced and too sudden.I like how he just snapped in the end but it could have been done better.Aaron made it look sloppy and it felt that way.

Apart from the origin there is nothing else going on in the issue and we just see that there is an artist change for the issue and I was like WHAT?The artwork was good,I like Butch Guice but it's not Esad Ribic.Guice has a nice style but in some panels it looked a little bit off.Some faces were strange but the best artistic moment of the book was the final page.I really hope that Ribic will be back for the next issue because it puts the rating a little bit up.

The start of the new arc was average,it showed us the past of Gorr and what drove him to the point where he started killing gods and I want to see what has Aaron got next for Thor.His run so far feels fresh and I like his take on Thor and Gorr is a good new villain for Thor.One of the best titles Marvel can offer right now is this one and it needs even more readers to take a look in it.

Other reviews for Thor: God of Thunder #6 - What the Gods Have Wrought

There will Always Be One God Left. 0

When i first picked up This title, i was really intrigued by what was gorr's motivation, i mean, a man doesn't just set out to kill Every god in the universe just for fun, well he does enjoy is 'work' but thats not the point. Anyways, we finely get an origin story for gorr, and what he wants to do with his plans.The story, the idea of how Gorr became such a monster, is...generic, good, but unfortunately generic. I know many people would disagree with me, but the" They killed my whole family ' st...

The Origin of Nihilism 0

I enjoyed Butch Guice's artwork on Resurrection Man, but it hasn't advanced so much since the 90's. But honestly his art isn't bad, it's just.... it has the unfortunate task of following Esad Ribic, and Esad Ribic has spent 5 issues detailing us on why he is the perfect artist for this series, and he achieved that completely once each and every damn page. Guice's art just looks a little generic and simplistic by comparison. It's still good art, just.... yeah.As his butcher mission wrapped up las... 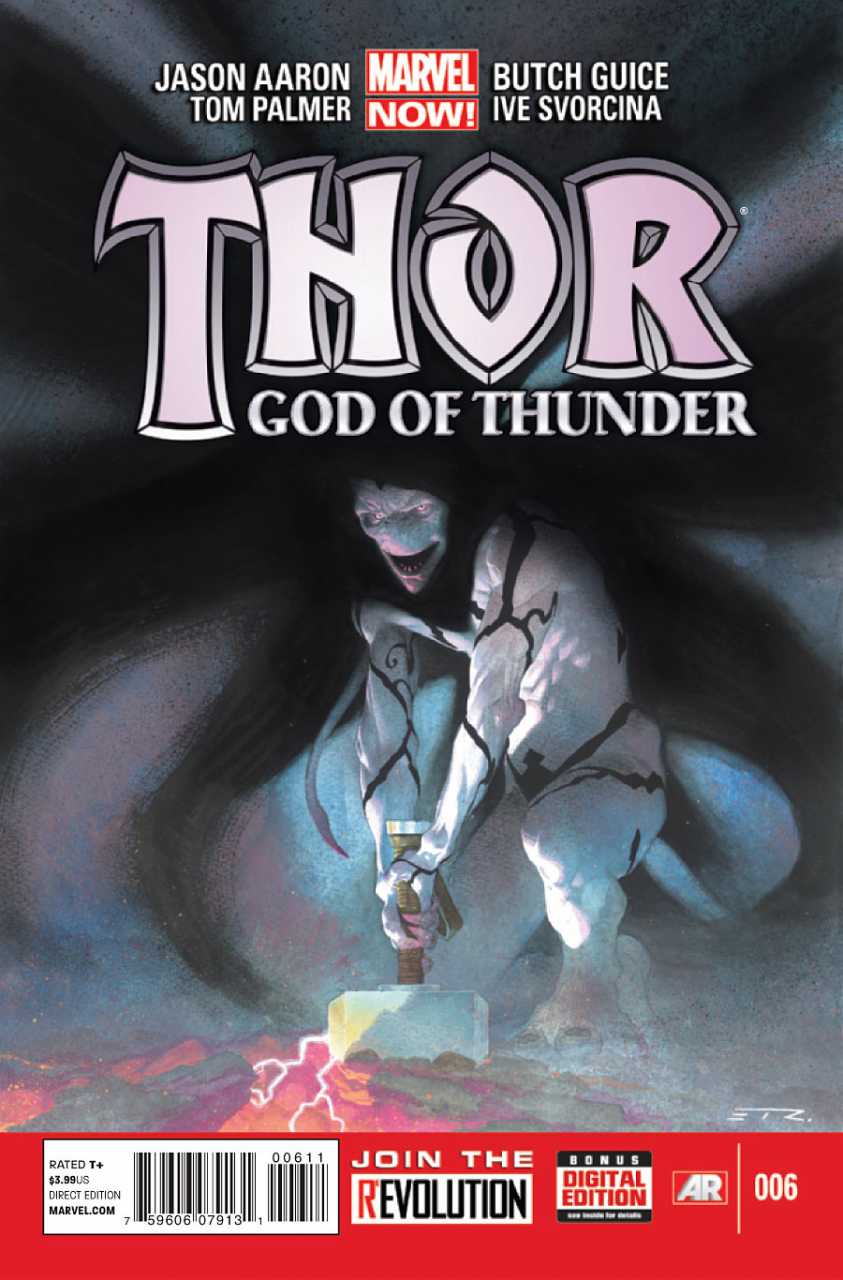