queso6p4's Thor: God of Thunder #12 - Once Upon a Time in Midgard review

A Day in the Life

This was one of my favorite titles overall last year, even though the end of Godbomb was pretty anti-climactic. You can check out this and other reviews at my blog here.

The main thread of the story is surprisingly simple- we follow Thor as he conducts his relatively mundane godly duties. I say mundane, but there's no negative connotation attached to the word here.

In the very beginning, we're privy to a flashback during which he's asked why he bothers coming to Midgard when Asgard is so divine. He responds by basically saying that some of the negative aspects of our planet and existence are exactly why he keeps coming back. While the atmosphere around this exchange is pretty lighthearted, especially on Thor's end, the rest of the issue generally has a serious tone with a nice balancing dose of humor.

There are a number of different settings that he visits throughout the issue, but I'll focus on the ones that stood out to me the most. The first is a prison on New York City. He brings the last of a fruit from a faraway planet to give to a death row inmate as his last meal. His name is Fulton and we learn that Thor has visited him numerous times over the years. His last words to Thor before being marched off to the execution chamber are, "Why the hell couldn't I have met a god like you...when I was still young and foolish?" The following page features no dialogue and shows Thor walking by his side, hand on his shoulder, all the way to said chamber. The somber mood both appropriately and utterly permeates the page. It's a heavy read, but a good one.

The intervening stories are, thankfully, much more lighthearted and offer a much-needed sigh of relief. He visits a convent, hilariously breaks up a protest, and even throws back a few brews with some wounded and disfigured troops, amongst other things.

The last story has him visit his old friend, Jane Foster, who is, to both Thor's surprise and my own, undergoing chemotherapy. His reaction is hilarious and expected as he readies himself to fly off and pummel Jane's assailant, even though he can't. He treats her to a wonderful gift, one befitting of a god to give.

The issue ends in a way that echoes Thor's portrayal and characterization way back in the 60's- his constantly being pulled back and forth between Asgard and Midgard.

While I do miss Esad Ribic's internal art, the work here isn't bad. It's definitely enjoyable as far as expected comic art is concerned and my only minor complaint is that sometimes the dark tones and colors make people's faces and shapes seem a little indistinct and unclear.

This was a well-done issue all the way around. It takes place after the Godbomb arc and works as an excellent way to give the reader a break before beginning the next one. It's also nice to see how one of Thor's stature can contribute to both individuals and society in general (I didn't touch on the story that relates to the second aspect-I'll leave that for you to enjoy). We're put through the emotional ringer with this issue, too, and that's good to experience when reading a comic every now and again. Final rating: 5/5

Other reviews for Thor: God of Thunder #12 - Once Upon a Time in Midgard

i've Been a fan of Jason Aaron's Thor Run, it's very consistent and quite frankly very good. His First arc was a great Success, easily Balancing the Dark tone, seriousness and the epic action. I'm very Glad that Jason Aaron decided to take one issue to Explore Thor's Character rather then Jumping on to the next big arc. That way we can take a break from all the threats and easily await what is to come.The Art is a Nice Change. It's Not really breathtaking or anything like that but you can see th...

What an extremely humane side of Thor! THIS is comics brilliance. 0

The review was originally posted on my blog here.To think, when I picked up the first issue of this series back in December last year, that I had considered the series to be of only passing interest. A full twelve issues later, here I am, a complete fan of Jason Aaron and the incredible spin he’s done on everybody’s favourite Thunder God. From a bit of a shaky beginning, Thor: God of Thunder has a come a long, long way, and is right now one of my favourite comics to read month after month. I lov... 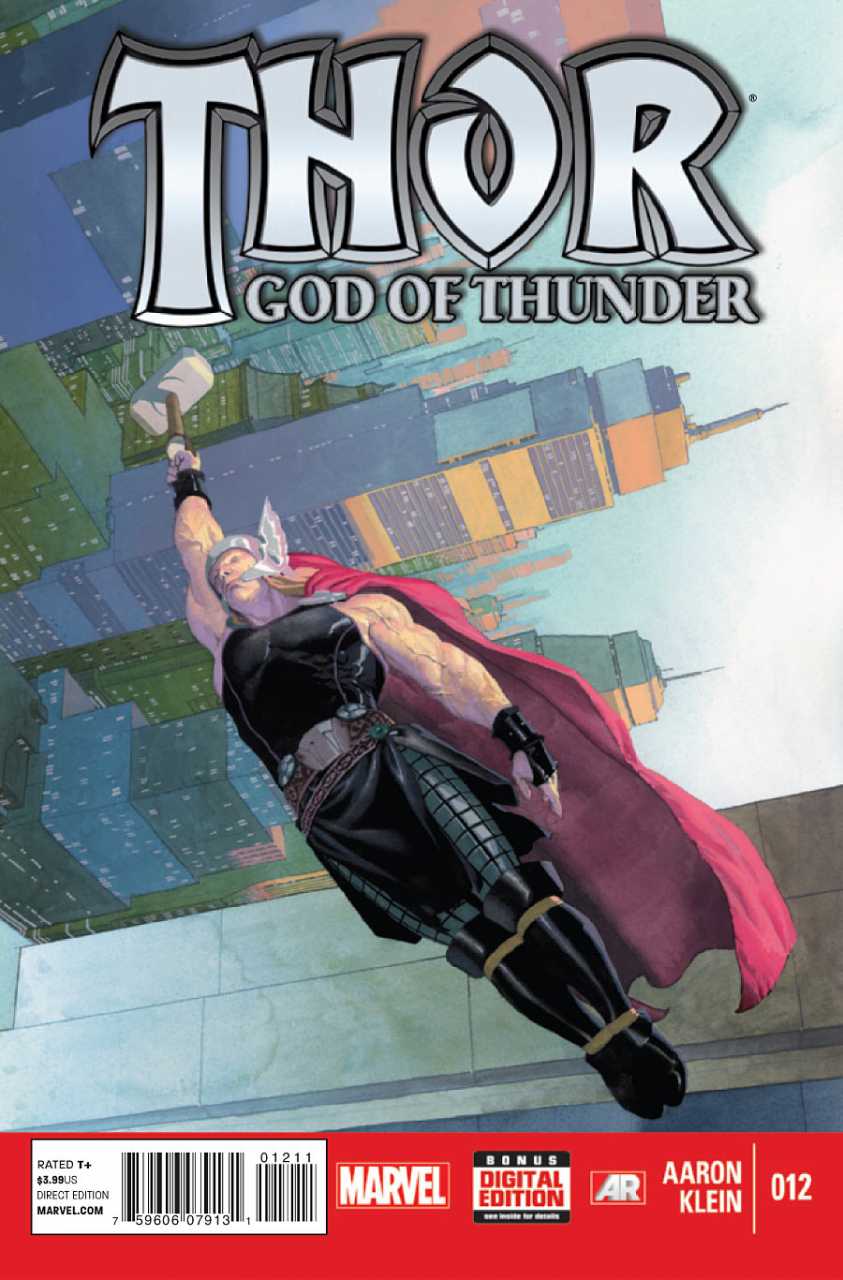