Fraction's writing on Thor has been controversial to say the least.  Many people have been turned off by mischaracterization, slow story telling, numerous repetition of plot points, and plot turns that are either left unexplained or do not make any sense.  Others have liked the slow pace and feel at least mostly everything makes some degree of sense.  I am of the former group.

Following up last issue Thor decides to use a giant sword that can cut through space/time to cut the World Tree and by doing that somehow end the war.   All he has to do is get past the World-Eater army.  Odin enters into some kind of shouting match/struggle with the king of the World-Eaters Uthana  Thoth.

There is not much if anything I liked about this issue.   This arc had some good story ideas like the World-Eaters, the move of Asgard, and a return to the more cosmic side of Thor.  Poor execution of those ideas has made this one of the worst comic stories I have ever read.   Ferry still does a good job on the drawings themselves especially with the cosmic Yggridesel, but his art at times is hard to follow.  I don't know if its because he was unsure of what was going on or unsure of how to explain it through his drawings.

The whole issue felt rushed.  The World-Eaters were built up to be this massive threat equal to Asgard, but when came showtime they are found sorely lacking and barely able to harm the blood legion.  Odin and Uthana spend the entire issue in some sort of shouting match.  I found their confrontation difficult to follow due to a failure of the art.  Odin is getting up, then down, we have some energy floating around.  Uthana then decides to remove the eye patch for some reason that causes and earthquake or wounds Odin and more energy.   I'm not sure what this was all about

After Thor cuts the World Tree it becomes even more difficult.  When purifying itself the World Tree traps them in the center of the World Tree by "Asgardian rules and physics and by the gods of Asgard" or something like that.  What does any of that even mean?  Why would any of that even matter?  What special physics?  Uthana comments that the World-Eaters have to be more cautious now that they are under Asgardian rules.  How is this any different when getting beat up by Odin?  Oh, and why are Balder and Tyr there instead of in Valhalla or Hel?

The wrap up part doesn't help much either.  We get a few pages I think are supposed to set up future plot points.  However, this whole arc has jumped from one plot to another without truly developing anything that I am left to wonder if those will even be addressed.

Other reviews for Thor #621

The Root of Problems 0

I think the World Eaters concept was pretty good, involving a mysterious alien race destined to conquer all the 9 realms and defeat Odin -  seeing him back in action was very good too. Also Fraction did some interesting dialogues, especially the ones between Odin and Thoth. The art was ok too, lot´s of wide spread panels, pretty colors. And that´s enough of the compliments. This arc story started very nice, had some good issues, but since last issue it turned out to be just another dose of the s... 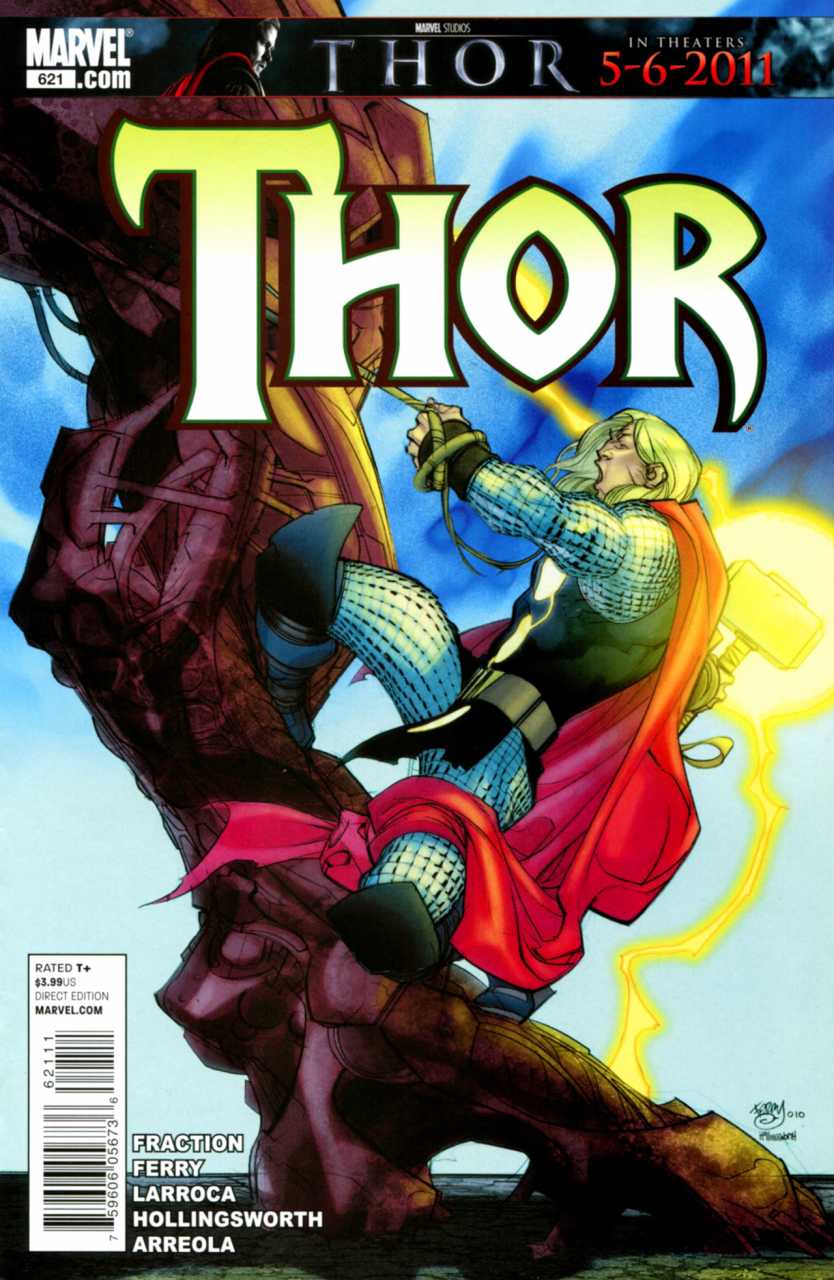