Squirrel-Girl is a rather strange character that enjoys even stranger levels of popularity. First appearing in January 1992, she was created by Will Murray and Steve Ditko and has appeared in a variety of comic series over the years- Great Lakes Avengers, Marvel Super-Heroes and Cable&Deadpool, to name a few. Over the years she has defeated an almost inexplicably impressive amount of supervillains, including Doctor Doom (in her first appearance, no less), Wolverine, MODOK, and Deadpool. She is also credited with having defeated Thanos, but the legitimacy of her victory has since been called into question and, as such, is fairly ambiguous. Her powers are superhuman agility and strength (described as 'the proportionate strength and agility of a squirrel', which might be a reference to Spider-man), enhanced senses (smell, vision and reflexes), a prehensile tail, claws, 'retractable knuckle spikes', and the ability to communicate with squirrels.

Despite being a C or D-list hero for most of her history, she has been oddly popular for years, which is probably why she now has her own solo series. This review is of the first issue of said series, The Unbeatable Squirrel-Girl, which is written by Ryan North (a Canadian writer whose past works include the Adventure Tume series, a webcomic named Galaga, and a crowdfunded re-telling of Hamlet) and illustrated by Erica Henderson (who has worked on titles like Quantum and Woody (as a colourist), some issues of Adventure Time, and Subatomic Party Girls, and (according to her website) is a senior artist at Zynga Boston). The story thusfar has our titular character (civilian name Doreen Green) going to college and moving into the dorms at Empire State University.

This issue is unquestionably fun, and the attention to detail in making the issue fun is commendable (there's cute little jokey comments at the bottom of the pages that, while rather hard to read, are a nice touch). The art works very well with the writing, and there's a lovely sense of synergy between them, which might be partly attributable to the fact that the writer and artist have worked together before. Marvel clearly knew what they were doing when they picked North and Henderson for this title, and that's particularly refreshing considering how hit-and-miss some of the other Marvel Now! titles have been. While the art isn't flawless and the writing isn't perfect, all the elements of this comic work together very well and contribute towards making this title a series to watch in future.

There are some small issues that I disliked about this comic (the sense of quirkiness felt kinda forced in parts, especially with the song at the beginning, and there's some rather minor inconsistencies with the established character history), but all in all The Unbeatable Squirrel-Girl #1 was a fun read, and I'd recommend it to anyone who's looking for a little light reading.

Other reviews for The Unbeatable Squirrel Girl #1

It sucks. Subpar writing and artwork in the ballpark of mediocre Deadpool stories. The only thing people tell me when defending it is that "it's accessible for young girls." So were the Powerpuff Girls, and that doesn't make it a cartoon as groundbreaking as The Simpsons.It's offensive this is an Eisner nominated series.DC/Vertigo's Effigy or Image/Top Cow's Switch &amp; Death Vigil deliver way better a similar concept accessible for young girls starring... young females.Why is that a thing now....

I remember first seeing Squirrel Girl in some of the Avengers books, and although I did not know much about her character, I was always a little fascinated by her and enjoyed her upbeat spirt, personality, and unique powers. When I read that she would someday get her own series, I was curious but honestly not sure of what to expect. When I read the first issue, I was immediately entertained. I enjoyed how we got to see the world through Squirrel Girl’s eyes; therefore the whole book... 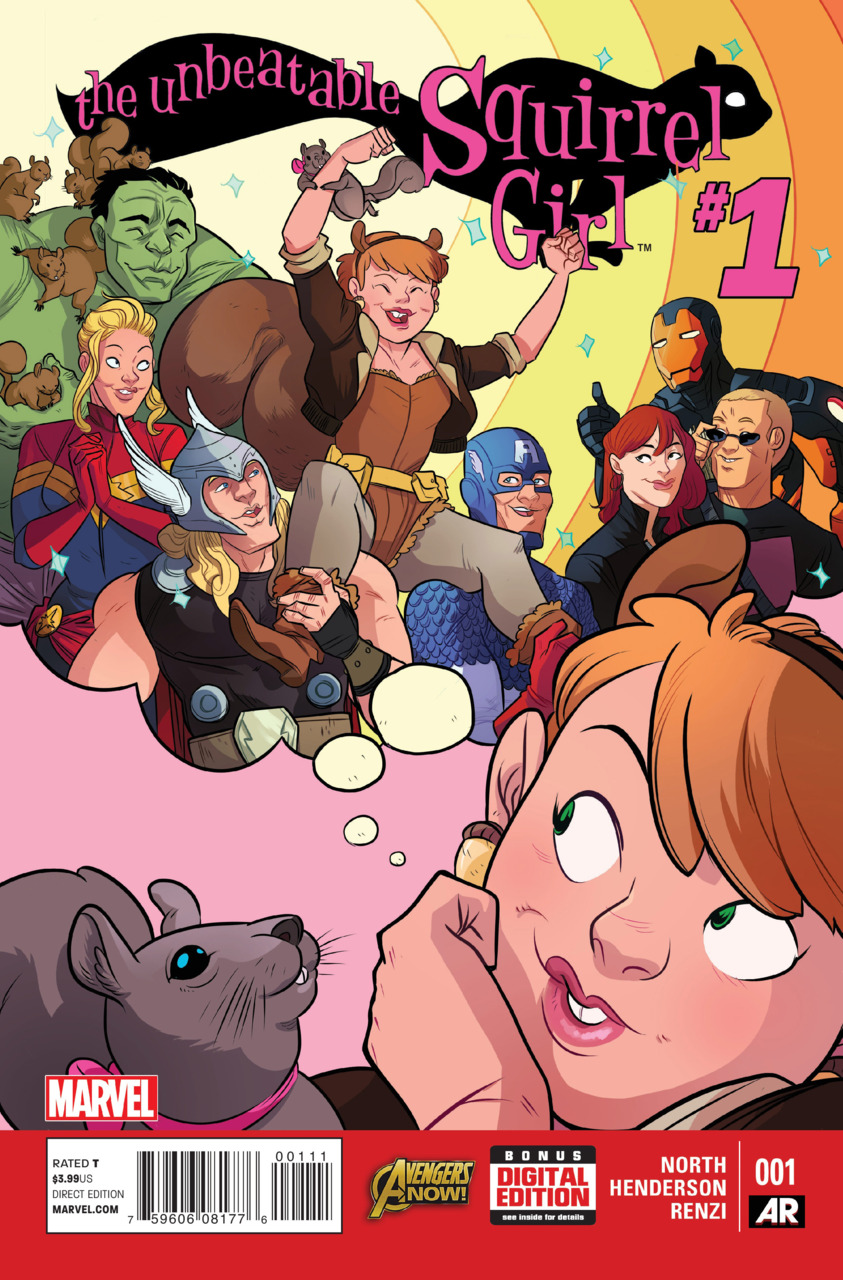 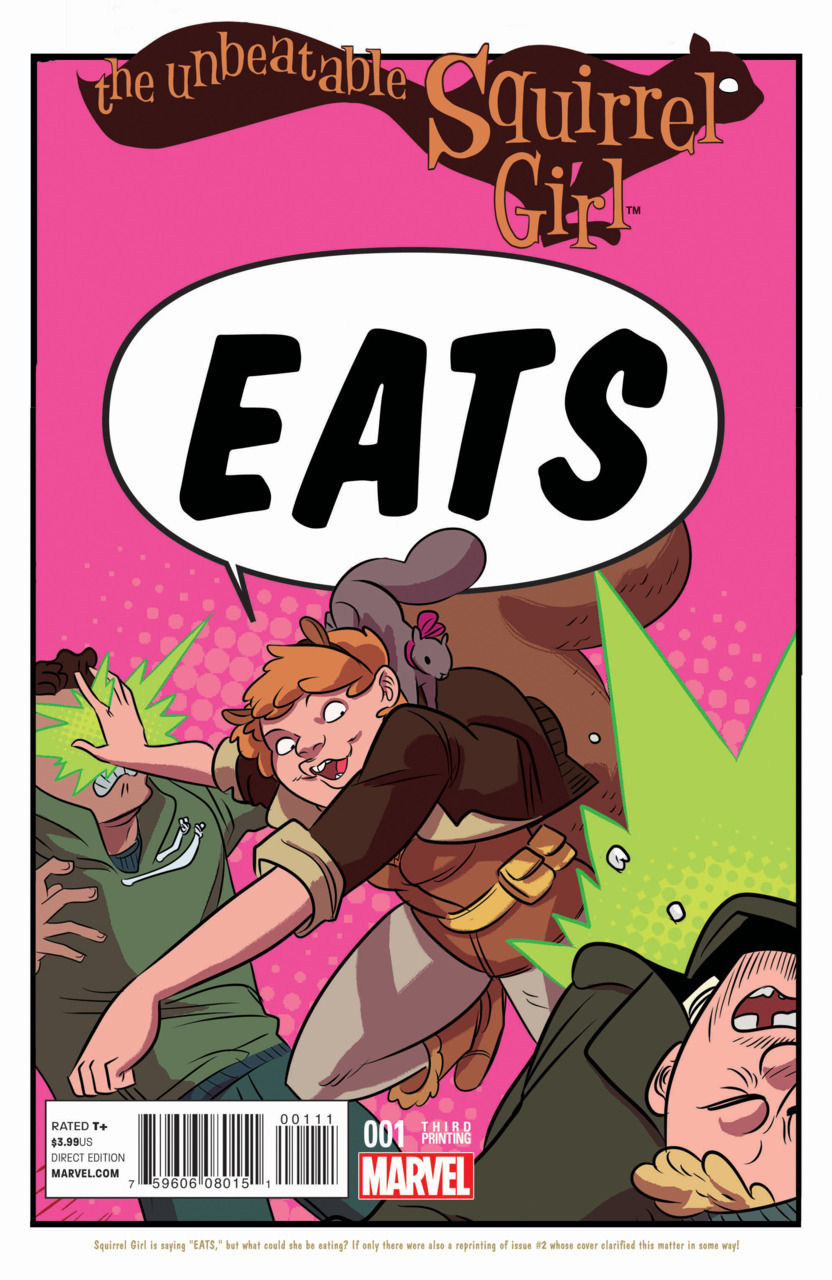 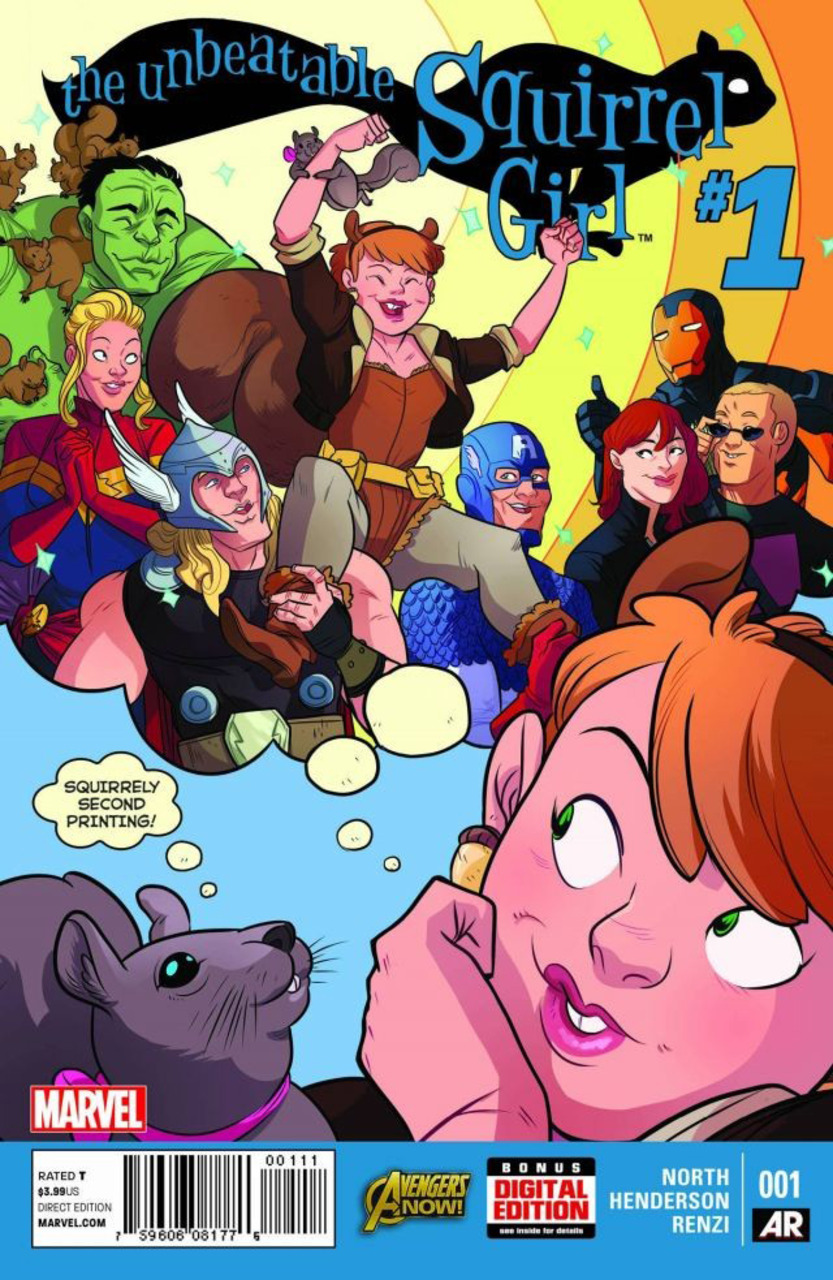 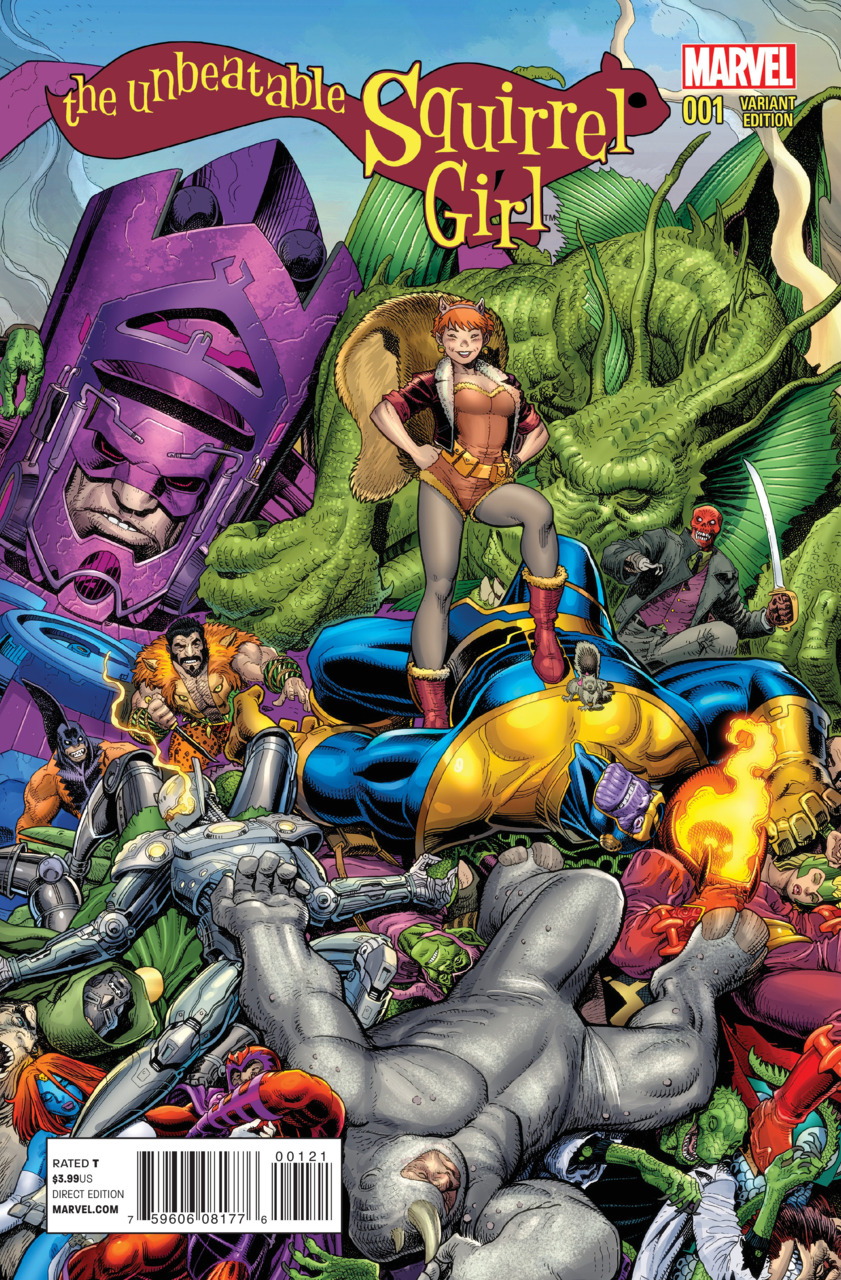 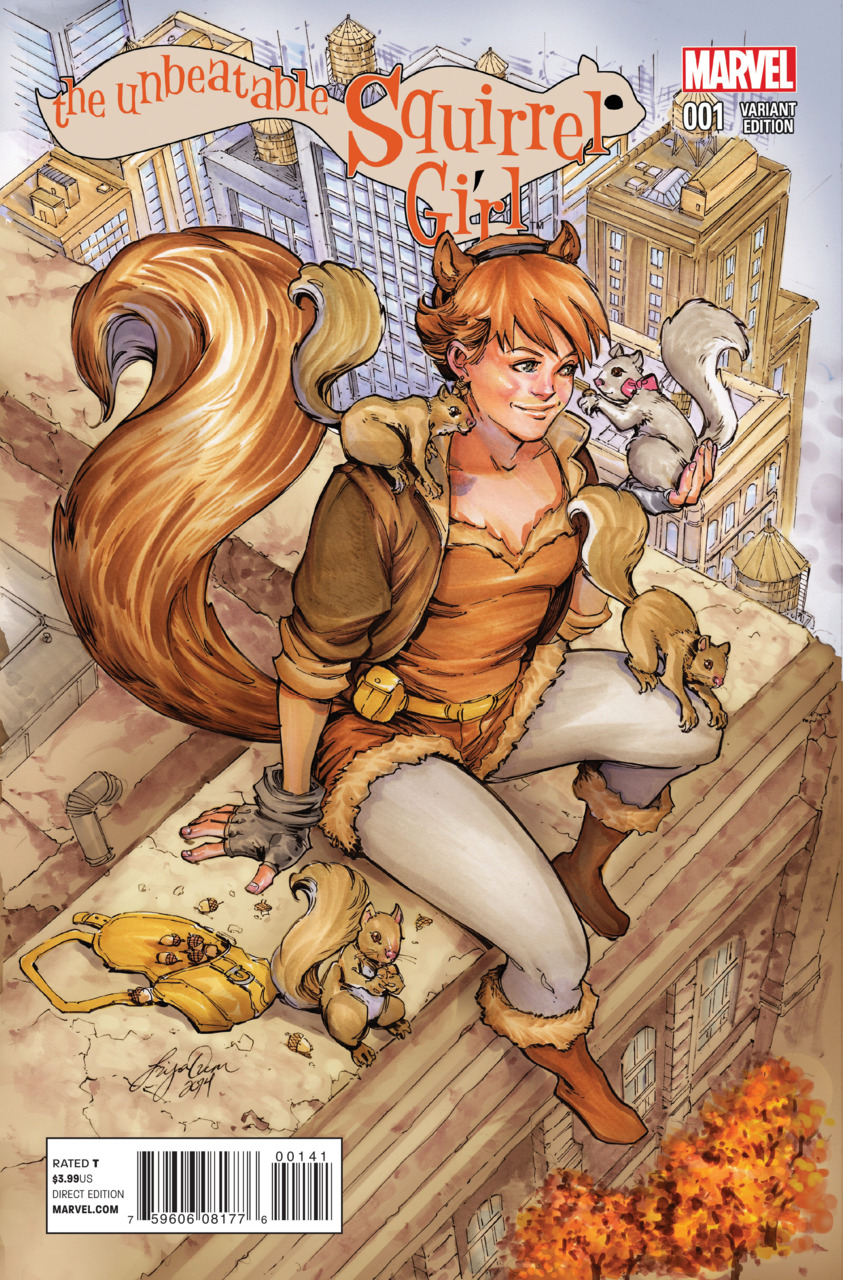 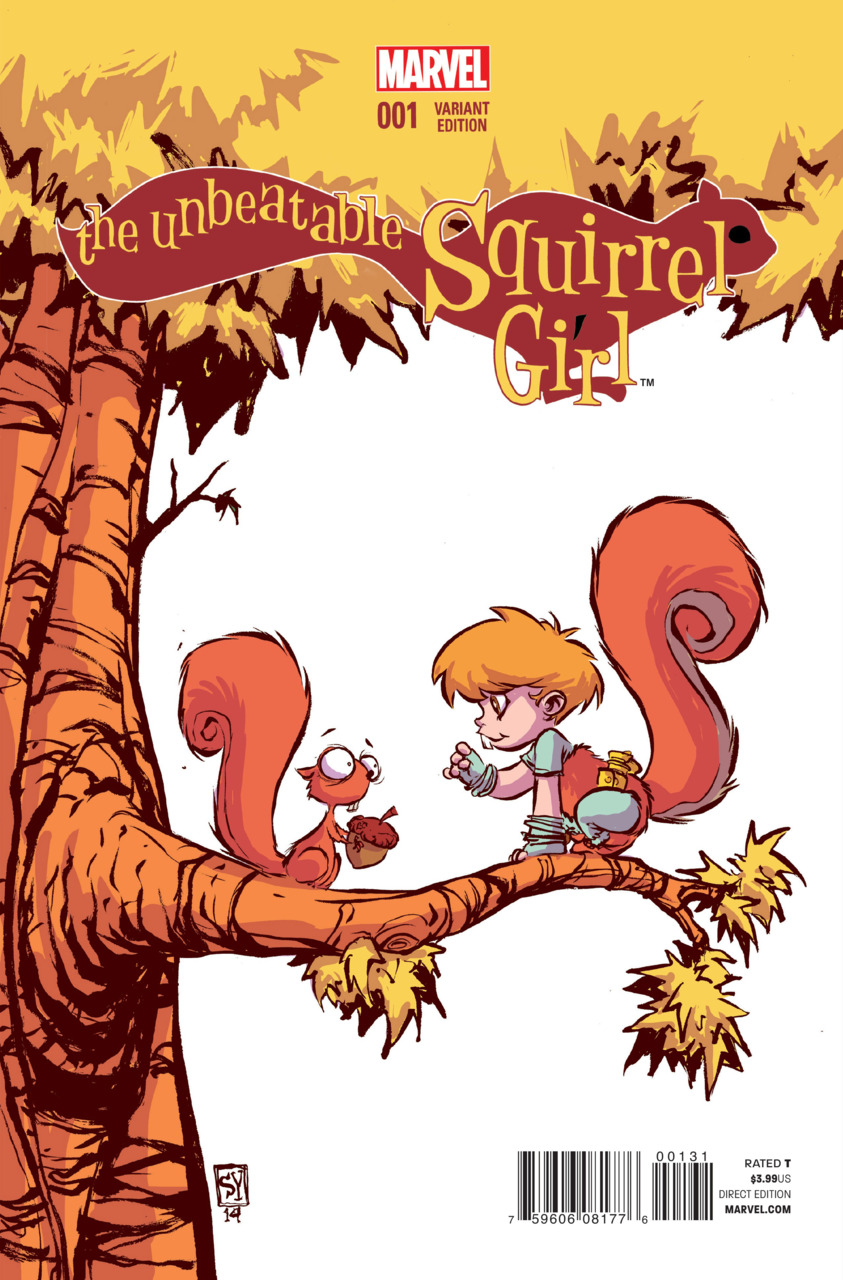