I enjoy the funny scenes like when Invincible called Arthur a Fat Rabbit and the scene Invincible was mentioning his adventures and the the box at the bottom said "Look,Just Buy All Invincible Trade Paperbacks Okay?,You'll Thank Us ED" XD

The only thing i didn't like the comic was

Arthur died and the Tick was upset that his partner died :(

This comic gets a 4.5 Stars 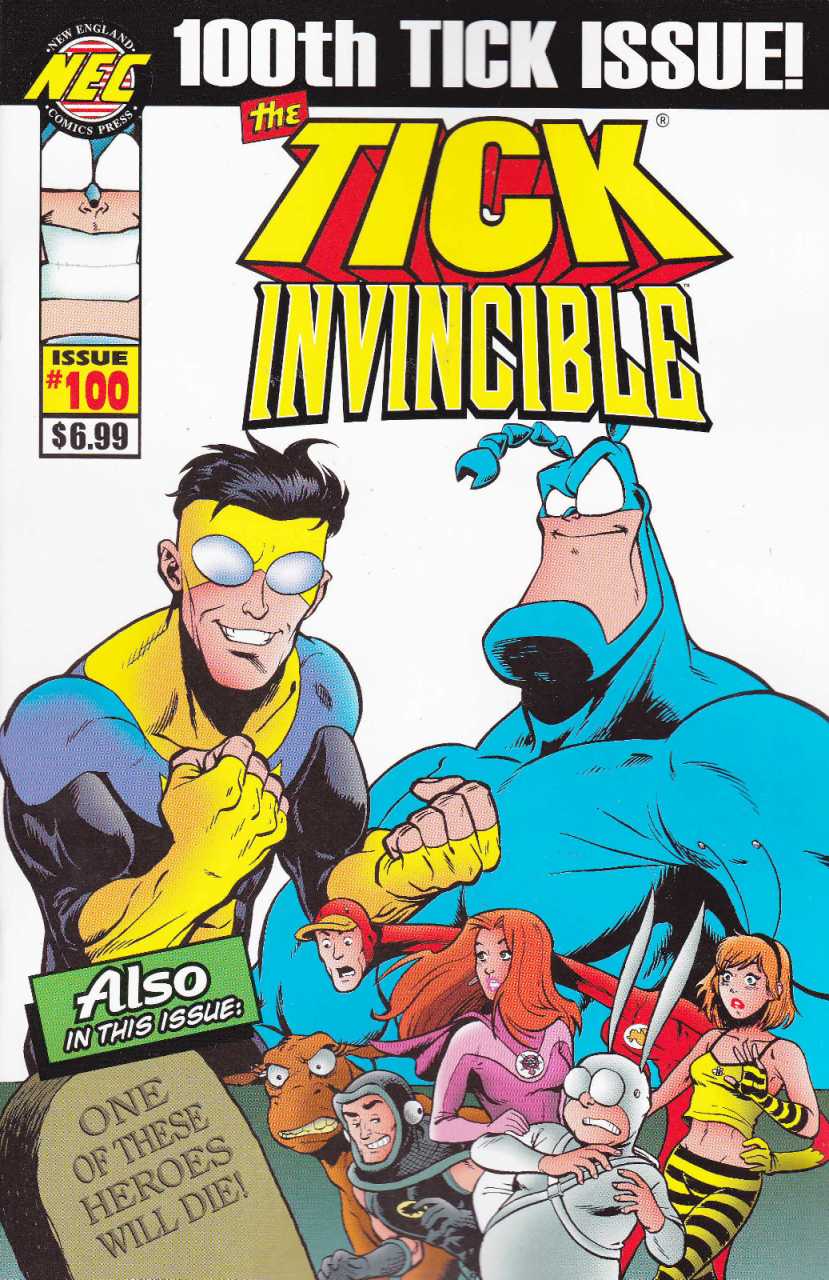