seriousbizzle's The Superior Foes of Spider-Man #5 - The Foes Are Back! review

Nearly a laugh per panel...and there's a whole lot of panels.

The Superior Foes of Spider-Man #5

“The Foes are Back”

In a light week of reading, my pick for review is my tonally “light” monthly read, The Superior Foes of Spider-man #5. Spencer and Lieber’s exploration into just what makes a hopeless loser villain tick continues to delight me and cause my girlfriend to glance over in confusion over what could possibly be eliciting such vocalizations from me while reading on the couch. From the opening interrogation at the hands of The Owl that I couldn’t help but read in the voice of Alan Ford’s “Brick Top” character, to the last page reveal of the hapless and lovable Shocker finally catching a break, I can’t help but find something to delight in every scene.

This issue sees Spencer’s story pit the reunited rogues against the likes of the always repulsive gangster, The Owl in a bid for their ultimate prize. However, the oddly compelling drama is increased as the writer reveals another target in play, and continues to tease us with the dread that Boomerang might be just as big of a heel as we hope he won’t turn out to be. The dialogue and interactions between the crew of costumed cons remains the main source of humor, and the new Beetle finally gets off her phone long enough to challenge Boomerang’s leadership in an amusing pastiche of a familiar Spinal Tap scene.

That does transition nicely to highlighting one of my favorite elements of the art; liberal use of comedic thought bubbles, simple icons and symbols in place of speech, and some sort of “reader’s view” bubble that the creators turn to often to show a character’s view of a phone screen or book page. The Beetle has a lot of the more subtle humor beats this way, spending much of her time and energy utilizing her smartphone to its maximum potential.

The art as usual, served the tone of the story very well I felt. Lieber occupies a niche in this book between action and comedy, managing to juxtapose a legitimately neat shot of an attack helicopter decimating a compound with Speed Demon windmilling while trying to balance on one roller skate.

Motion lines and animated faces combine for an almost cartoonish level of physical humor, but just shy of it; and never at the expense of the storytelling, which gallops through tight, neat arrangements of panels. Most pages have at least 7, some upwards of 11 and the pace flows easily and usually to the greater service of the humor as multiple panels set up fantastic deadpan moments. This is fine comic book storytelling.

And what else need be said of the double page spread? That was simply an awesome bad-guy secret base.

The comic book world is not nearly at such a dearth for light hearted material as some fans might bemoan, but it is certainly always in need of a well written book that can be proudly touted as a comedic. So next month, if you don’t already, maybe you’ll start reading Superior Foes. To get a flavor for it, take 1 part classic Spider-man humor, add 1 part Breaking Bad Season 1-2, and just a pinch of some of that classic Marvel Sauce with some Vol 1. Thunderbolts, swish it all around in your mouth while watching a Guy Ritchie movie and you should have a good sense of my favorite book of the week.

Other reviews for The Superior Foes of Spider-Man #5 - The Foes Are Back!

The Superior Foes of Spider-Man #5 Rating 0

Nothing new is really covered here, the same jokes are used, the same lines are used, more or less, and there really isn't anything interest presented here. This is the same ol' shtick Spenser has been serving us for the last four issues. If you don't mind that, go bananas. Otherwise, go buy something you'll enjoy.... 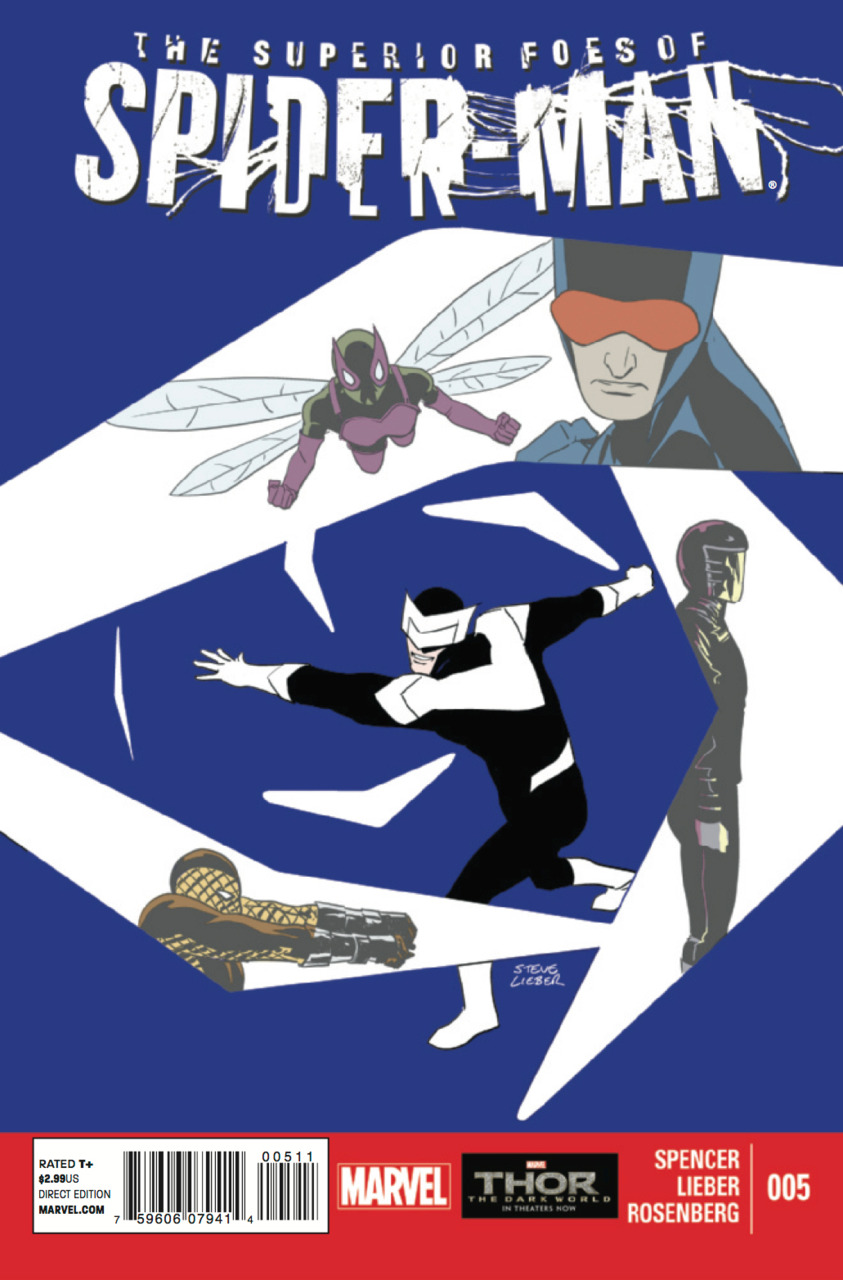 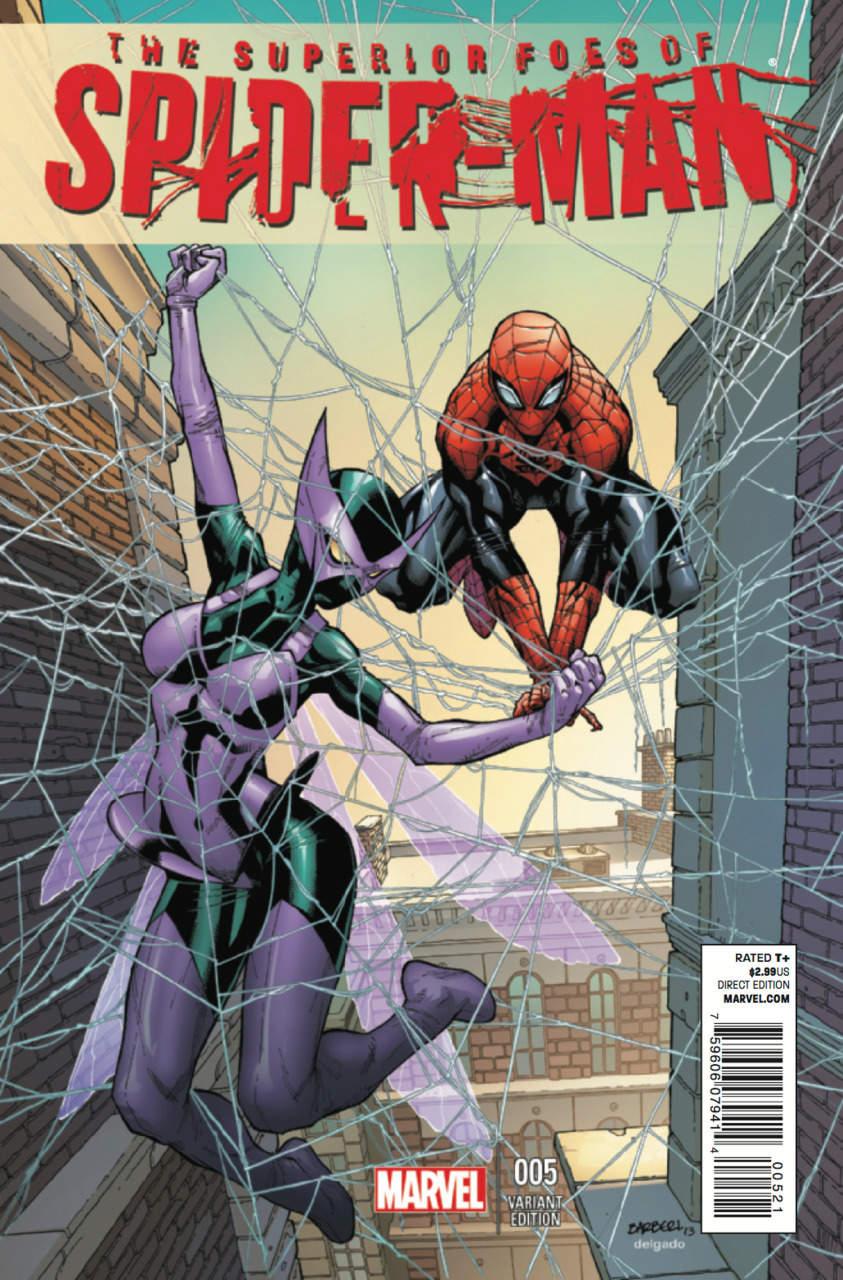