bloodyzombies1's The Sandman #1 - Sleep of the Just review

Sandman is back! Er.. kind of!

Neil Gaiman's writing in this issue is notably great, it's mature, well-paced, interesting, and different than the usual comic book fare. The stoy presented here is very mature, dark, and sad, although it works very, very well. The chracters are intesting and I acually felt pity fo the villians of this issue. The art by Sam Kieth is also notably great. like Gaiman's writing it's different than the comic norm but fits the book greatly.

While I enjoyed Sam Kieth's art, there where some problems I had with it. There were some people that at times seems disproportioned, and sometimes some other parts of the art that looked strange to me (and not strange in a good way). In addition to this, there was an entire panel later on in the issue that seemed superfluos to me.

In conclusion, Sandman 1 is a must read. It's story and art are great, and unusual in a way that is, for the most part, beneficial in making this a outstanding comic.

Other reviews for The Sandman #1 - Sleep of the Just

I've heard good things about this series. (Who hasn't?) So I decided to give it a look, myself.So some group of occultists try to summon Death and trap her so they could have immortality. They get the wrong creature. They end up with her younger brother, Dream. They keep him trapped for 70 years. But they make a mistake and he escapes.Now he's got two things on his mind, restoring order to his place in the universe, and of course, revenge. He gets the latter by sending the son of the original oc... 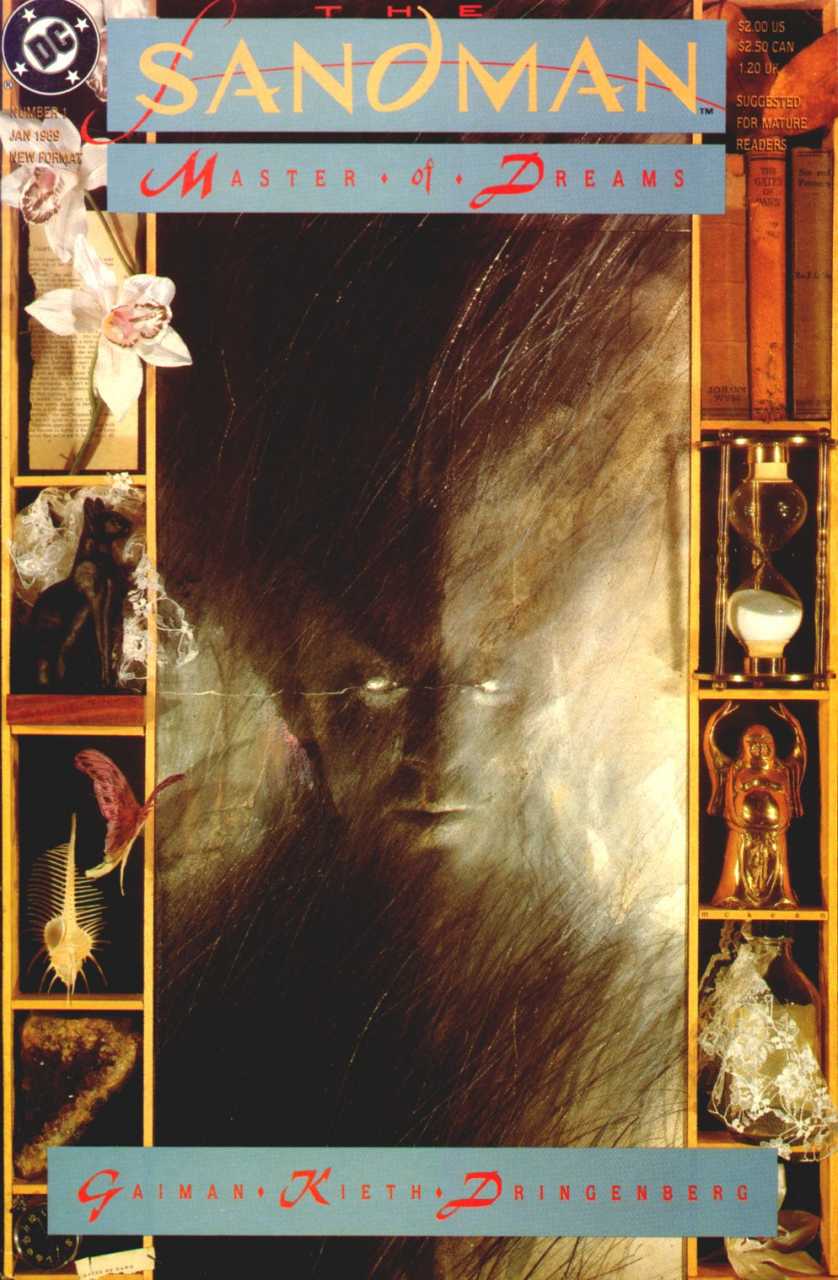