grifter78's The Ravagers #8 - Pray That Ye May Be Healed! review

He can make your brain glow!

The new creative team of writer Michael Alan Nelson and artist Ig Guara come on board with a more personal story than what we're used to in this title. The focus shifts away from the regular team of Ravagers and focuses on Rose Wilson and Warblade. This allows for some great fleshing-out of these characters. That combined with some solid art by Guara makes for a nice kick-off to this run.

Anytime a book has a creative change, it can be a little awkward adjusting to the transition. Sometimes the new voice a writer brings can seem a out of place. I was concerned about this at first with the way Nelson was writing Rose. She's been portrayed as tough-as-nails, no nonsense, take charge kind of girl in her appearances here as well as Teen Titans and Superboy. But in this issue she was portrayed as having a softer side which seemed out of place. But the saving grace for the change was when Warblade notices it in story. I'm glad it was addressed because now it makes me curious as to where Nelson will take Rose with this development.

Nelson also mentioned in interviews that he's had the most fun writing Warblade. This is very evident in this issue as Warblade gets some great moments of dark humor. Of all the changes the Wildstorm characters introduced into the New 52, Warblade has been one of my favorites. At first I wasn't sure if I was going to like him as a villain but he seems to have grown on me.

Guara's art is a perfect fit for this title. Sorry to say, but I wasn't too crazy about the Patrick Gleason cover so I hope Guara gets a chance to do some covers in the future. Since this issue focused on the townspeople where the story took place as much as it did on Warblade and Rose, Guara had a chance to really expand his canvas. He even takes the few townspeople who aren't on page for very long and gives them some real personality. This helps immensely when some of them don't survive. Even though I haven't known them but for more than a couple of panels, it actually made me feel bad when they died. That's great collaboration between the artist and writer.

This was definitely a great start to this creative team's run. I'm inclined to say it's new reader friendly, but I think that'll be more easily determined when the Ravagers actually show up next issue. Regardless, I think it's a nice change of pace and I look forward to what Nelson and Guara have planned next.

Other reviews for The Ravagers #8 - Pray That Ye May Be Healed!

Pray That Ye May Be HealedTo see this review with images, Click Here.For some reason, I find myself rooting for The Ravagers to succeed. I'm not sure why. Perhaps it is because in the Bat Family, The Ravagers is kind of like the estranged Bat Uncle that nobody remembers. Perhaps I feel sympathy for it because it actually showed a surprising amount of promise for being the product of such a crappy crossover. Perhaps I am just being a softy and wanting all series to be a success. Who knows? All I ... 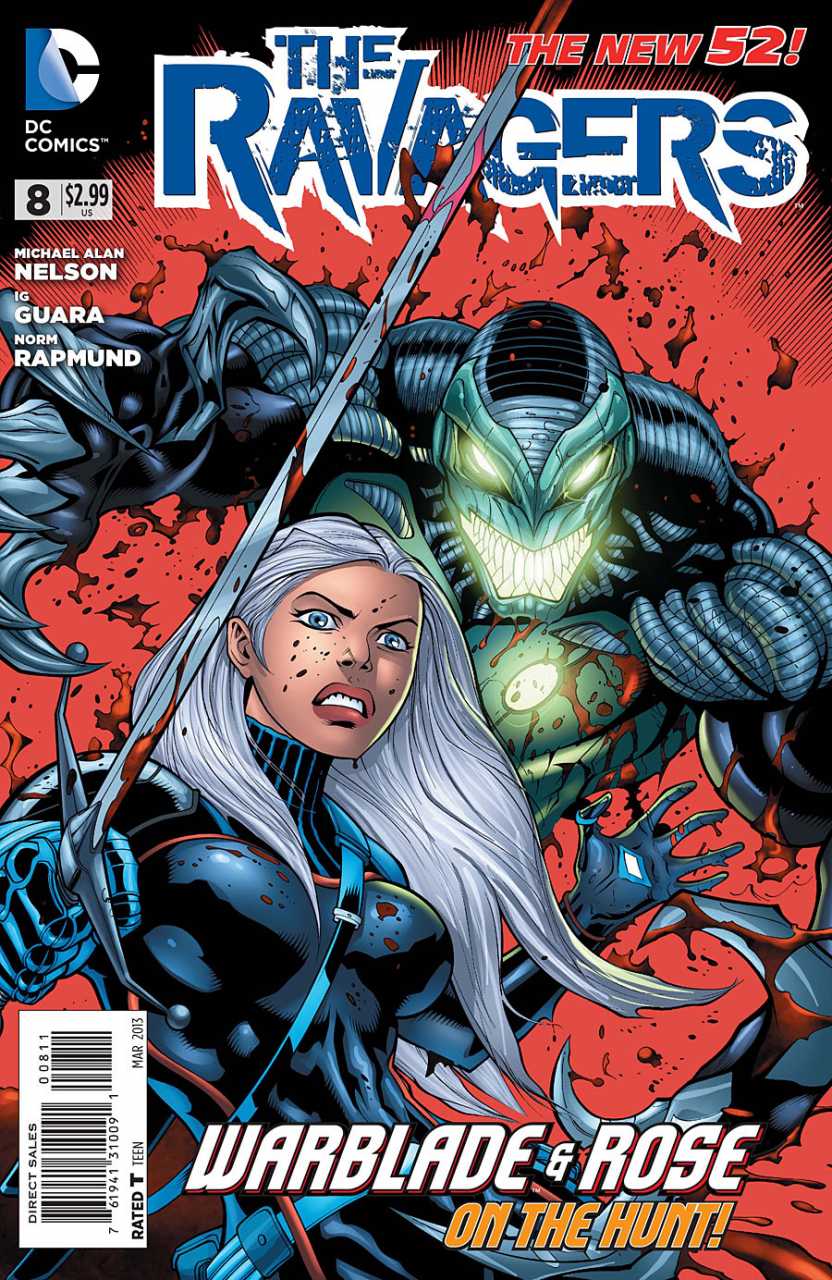