Another strong issue of The Ravagers as we get interesting story developments courtesy of writer Howard Mackie. Unfortunately, this is the last issue for Mackie and artist Ian Churchill. The art duties are shared by Churchill and three other artists. But thankfully (and surprisingly) the art changes are not as jarring. We also get a new character but her introduction leaves into question how much we'll see of her in the future. Overall, still a great title and one I look forward to each month.

When I first saw there were four artists for the issue, I cringed. I love regular artist Ian Churchill's art so any time someone is brought in to take away from that, I automatically default to not liking it. However, I have been proven wrong like last issue where Tyler Kirkham assisted Churchill on art and it wasn't that bad. I was also hoping since this was his last issue that we'd get more of his art. The saving grace for this issue was the use of different artists as the story changed. They wisely did an art change when something significant in the story changed. This was a brilliant way to address having multiple artists and I applaud editorial for their foresight on that one.

I also like that these characters have a dark side that they're constantly fighting against. Imagine being trained all your life to be a Sith Lord but suddenly, everyone wants you to be a Jedi. That's the dilemma these kids keep running into and it takes them into some pretty dark territory sometimes. It's an aspect of this book that's been there since the beginning but as Mackie takes these kids deeper and deeper into the story, it seems their choices get harder and harder. It's an aspect that keeps the title very interesting.

Being a Wildcats fan, at first I didn't like the idea of Warblade as a villain. But I have to say he's shaping up to be a pretty good one. If we ever get a Wildcats title and they decide to use him, the writer's going to have a big job on his hands trying to redeem this character. But it'll make for one heck of a story!

I am consistently satisfied with this book and I can't say enough good things about it. I love where Mackie has taken this title and it's unfortunate that this is his and Chruchill's last issue. Writer Michael Alan Nelson comes on next month with new artist Ig Guara who has done some issues of Teen Titans. So we'll see where this new creative team takes the series from here.

Other reviews for The Ravagers #7 - Ghosts of Future Present

Ghosts of Future PresentTo see this review with images, Click Here.The Ravagers has been a mediocre series with promises of something great and hints of rot around the edges. Despite its lackluster record, I am actually quite excited to read this issue because the last two issues have been pushing the team in a new, more heroic direction. Also, the giant teaser at the end of the last issue which left The Ravagers facing Rose and Warblade is hard to resist. Will these two teams finally have a dec... 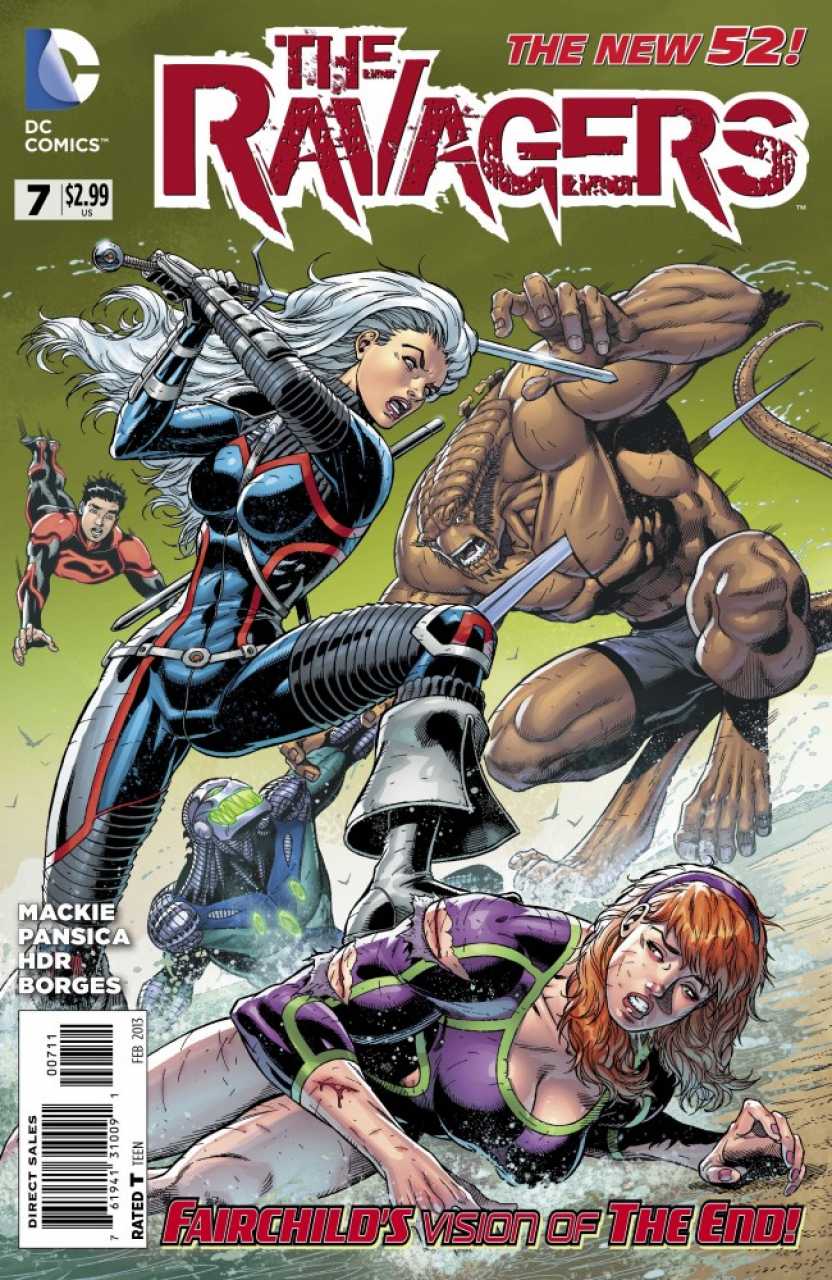