Another solid issue of Ravagers as the team's confrontation with Brother Blood escalates. Seeds for DC's upcoming crossover "Rotworld" are planted here and continue to show the connectedness of the New 52. My only disappointment with the issue is that we got filler artists and we're only four issues into the series. But thankfully the fill-in artists were good so it didn't' detract from the story.

I am so glad I'm caught up on Animal Man and Swamp thing because they have established the idea of The Green, The Red, and The Rot. These are concepts that are so grand it's no surprise they are being touched up here. It's a good feeling when you realize a comic universe has true continuity. I hope that gone are the days when the Justice League fends off an intergalactic threat and other heroes in the DCU are oblivious to this. Kudos to DC's editorial teams who are in charge of keeping it all straight. Here we get ties to The Red through Beast Boy and Brother Blood. It was a good way to get Beast Boy and Terra back with the group while still eluding to some bigger going on.

I was kind of bummed that Ian Churchill wasn't doing the issue and that we got filler artists. But artists Sampere and Martino did do a good job. I thought their art was really good and it fit with what Churchill has been doing so far. Also, even though there were two artists, I couldn't really see where the break in the issue was. This was nice because it wasn't visually jarring. I'm glad DC is so far ahead of the game with the New 52 that we can have issues like this and it doesn't feel like an interruption to the title like so many other titles have suffered from in the past.

The title as a whole is still pretty strong. The characters are really interesting especially the dynamic between the group and Fairchild. I like how she questions whether or not she can help these kids because they've been training to fight almost their entire lives. The question of whether or not they can ever have a normal life is a valid argument and one I think writer Howard Mackie presents well.

The issues ends of a nice cliffhangers and reminds us of the books ties to some of the other Young Justice titles. However, there will be a 60 day wait for the resolution to the cliffhanger because next month is zero month which promises the origin of Beast Boy and Terra. It should be an interesting read.

Other reviews for The Ravagers #4 - Unchained

THE GOOD: Daniel Sampere and Stefano Martino both do the artwork in this issue. There isn't a huge difference between their styles so you may not notice it. I really like the amount of details that they both put into their work. The way they draw the characters is also very fun to look at. The expressions on the characters too makes them come alive. The story is much more focused on action. We get to see Beast Boy and Terra save the rest of the team. This issue was great because you got to see h...

And Blood Leads to Doom 0

This cover's pretty simple, not too engrossing. But it's the only bit of Ian Churchill's art we get to see this issue, because Daniel Sampere and Stefano Martino fill in pencils for this issue. There's no story justification, and I can't figure out another major reason because there's not a whole lot of little complicated things drawn here. A lot of this issue is massive panels with simple images. It's the easiest issue to be lazy with. On the art side at least, the words in this issue are ridic... 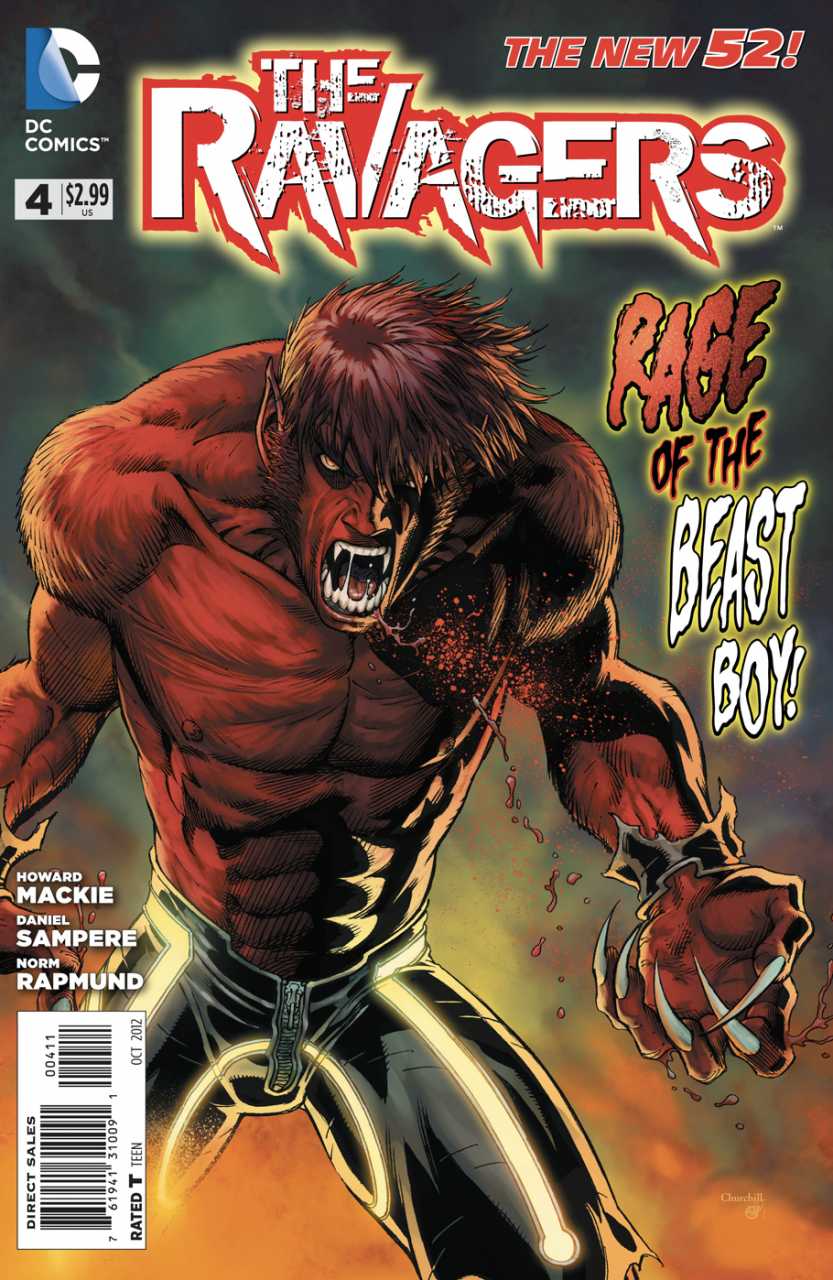