Sorting out family issues in the middle of a battle?

With just one issue left, Ravagers begins its wrap-up by bringing in all the players we've had in the book so far and making sure not all of them survive. It seems where the death of a title comes in the New 52, death itself isn't too far behind. We get the introduction of an old Doom Patrol villain and lots of revelations that are starting to feel repetitive where the Wildstorm characters are concerned.

I won't spoil the revelation but I will say it involves Fairchild and if you've been reading Team 7 you can probably figure out what it is. She's become more like her Wildstorm self in recent issues. Even her look has started harkening back to the old days. But apparently she wasn't free from overused and clichéd story ideas attached to her. I'd like to see her survive the title and based on comments from DC she very well might, but I wish they would've gone somewhere else with her origin.

Diogenes Neves & Geraldo Borges do well on art. I was happy with how each of the characters looked and thought some of the fight scenes were very cool. At this point, I'm not sure we're going to get any wrap-up next issue so much as an opening for whatever they want to do next with these characters. I don't expect them to stay a team. I'm sure Teen Titans fans are dying for Beast Boy & Terra to head on over to that book anyway.

One thing that was nice is the connection this book has with Team 7 #7 and Deathstroke #19 this month. It was nice to see some interconnectivity which I think had been missing for a short bit. Kudos to the creative teams for working to help keep all the story beats straight.

Well, it's hard to stay excited about this book with the impending cancellation. But I look forward not to a wrap-up next month, but an open door that will hopefully lead to a new book (or books) with some of the these characters.

Other reviews for The Ravagers #11 - Home Wreckers

The Middle of the End 0

This is an especially odd foldout cover. The solicit kind of ruined the twist with the word choice, but the twist happens fairly early in the issue, enough to say this is the foldout cover done right. But there's something else hidden, even in the non-foldout part that doesn't even get acknowledged until the final page.Last issue, Michael Alan Nelson punched me right in the heart when he whiplashed from sickeningly sweet right into sweetly sickening. This issue, however, doesn't really keep up t...

Home WreckersThe Ravagers has been a heartbreaking series. Well, perhaps that an exaggeration, but it seems to deliver more disappointments than triumphs. At first, this was a product of the series failing to live up to its potential which largely stemmed from an apparent lack of team identity and a nonexistent focus on characters. Now, the series has both a point and an increased focus on its cast, but the series is still a major disappointment because it is now canceled. The next issue will be... 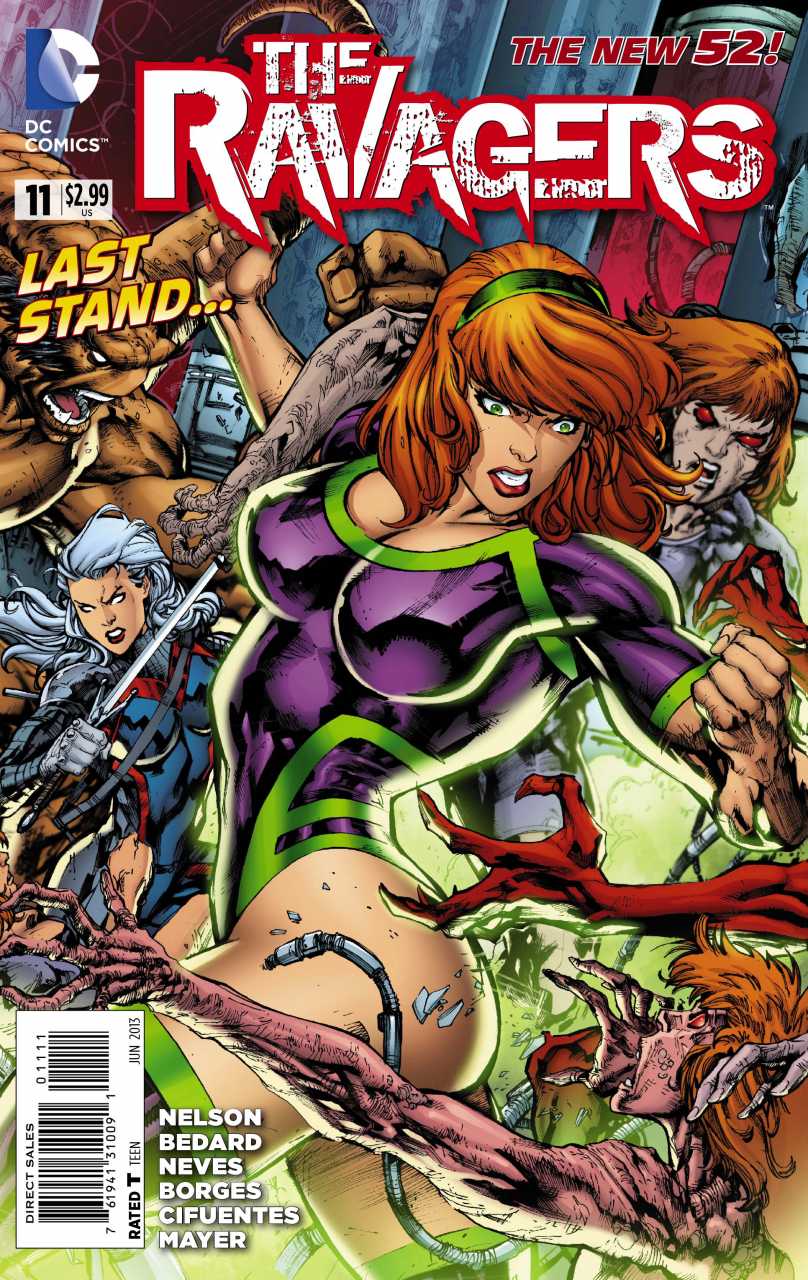 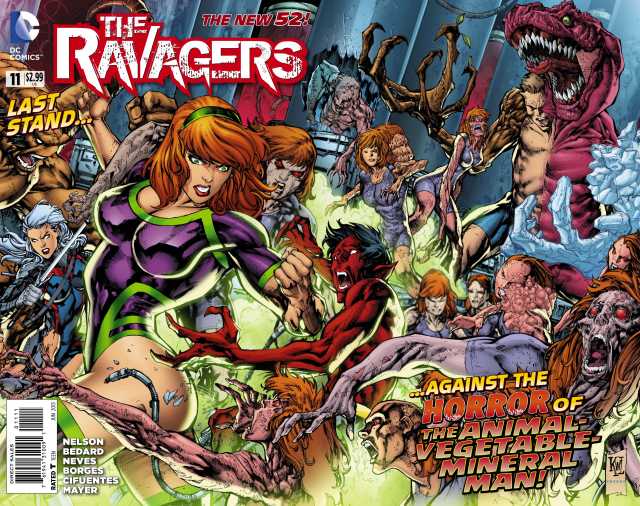