ANOTHER retro review? WHAT?!

Yep, it's about that time again, and it's another issue from my birthday list, and this time out, it's The Punisher. This is pretty much a stand-alone issue, which I guess was pretty common in these days, since the life expectancy of Punisher villains is always pretty low. But we start the book with your usual Punisher shootout, and when he gets home, he finds that he's been infiltrated by Wild Rose, an Israili secret agent tracking muslim extremists. They work together to work out their plot, which is dropping a ton of raw uranium on Times Square. This leads to a pretty hardcore climbing fight to the top of a building and construction crane, where Wild Rose sacrifices herself to allow Frank to save the day. Afterwards, Castle learns that Wild Rose wasn't a secret agent at all, she was just a vigilante who'd lost someone, like himself. Man, this is a touching issue, which I wasn't expecting from a Punisher issue at the middle of his shootiest. The art was pretty great, too, although obviously it hasn't aged all that well. Personally, of the books I picked up at C2E2 that were from my birth month, this is probably the best one. Solid issue.

Other reviews for The Punisher #7 - Wild Rose 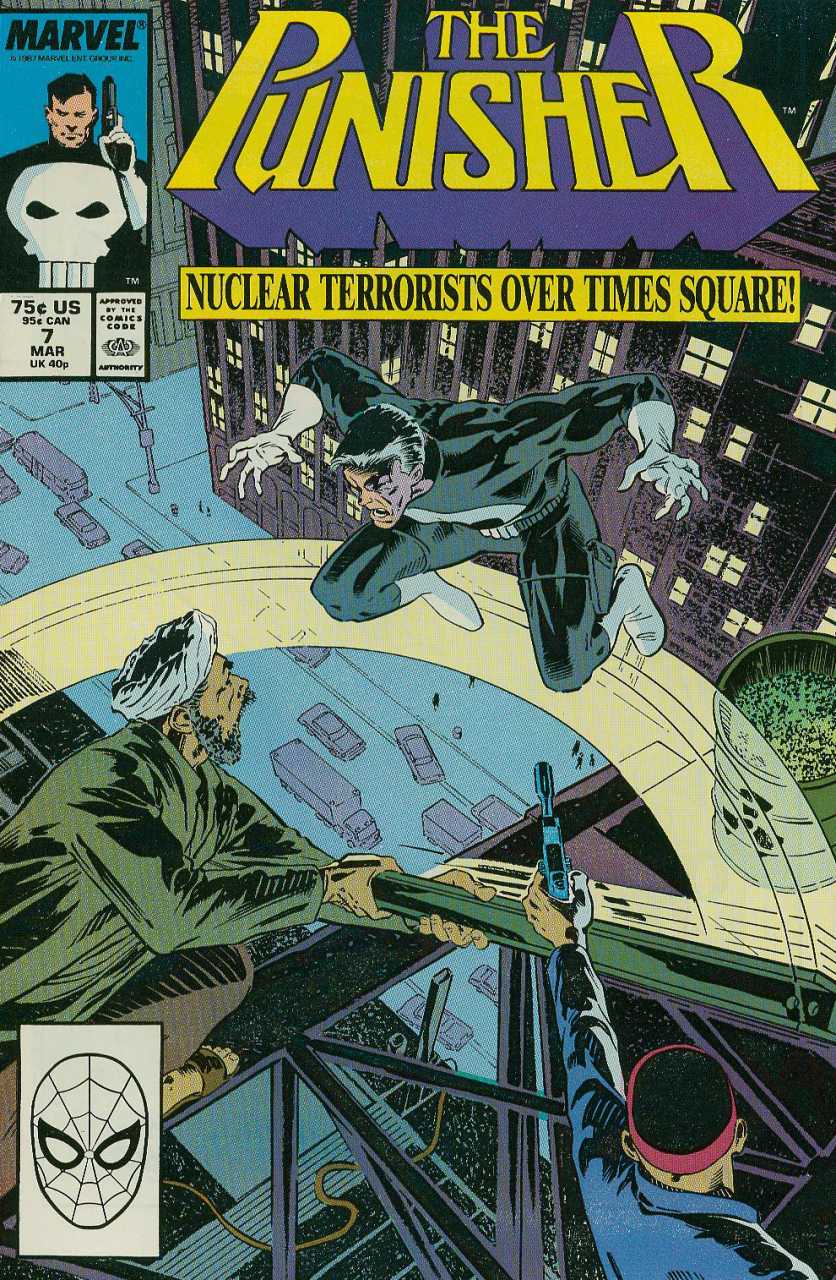