Welcome back, boys and girls, to another installment of "Comics Done Right" starring Brian K. Vaughan, Marcos Martin, and Muntsa Vicente! Have I made it clear through previous reviews that I love this book? If not, let me go on the record by saying that if this book was a woman, I'd quit my job, fly halfway across the country, and adopt her neo-bohemian, post-modern, vegan ways just to be with her. Yup. I'm kinda head over heels with The Private Eye and it makes sense, since clearly this is a labor of love. Risking getting paid $0.01 for every issue they churn out, the creators have to believe in this project as much as the fans. Which is why I try to overpay for the book whenever I can (a modest $5, if my wallet likes me that day).

This issue starts off beautifully, playing off the cover art and throwing us immediately into a wonderfully morbid dream sequence of our dear protagonist, Patrick Immelman. There's some business involving Patrick's late-mother that makes me think this isn't merely a ploy to fill up the digital pages. It's one of the refreshing aspects of the book: with no editorial oversight save the creators', I know that everything I'm seeing on the page is what the writer and artists want me to see. But yes, P.I.'s mom suffered a rather grizzly fate and the educated guess says it has something to do with the shadowy group assembled by the book's big bad, De Guerre. Though that's only a guess.

The art style for the series is doing a bang-up job of complimenting Vaughan's equally stellar scripts. I love the distinct voices for each character synched up with the character specific wardrobe and build of the cast. It allows the main characters to stand out consistently against the futuristic, alter-ego laden noir future the tale is set in. I could go on, but at this point, buying the book is the best way to understand what I'm talking about. Especially with an issue that has a lot of story to tell. The narrative performs some clever point-in-time acrobatics, but the real gem is to see the characters reacting to their first (though definitely not their last) noir-hurdle.

Thankfully, I have very little to contribute to this section. My only major gripe thus far (and it's a nit-picky one at that), is that the reader has to supply the villainous overtones of the book's resident antagonist. All we really know about De Guerre is that he's been organizing people for some time now to do...something. We know he has enough cash to hire French hitmen, enough screws loose to murder for his cause (supposedly), and a really big missle type thingy. But other than that, we're sorta in the dark on what this guy is all about.

For all I know, he's just trying to drive gas prices down to $1.05 a gallon. It seems like we would have at least gotten a hint as to his goals, but at only issue #3, I realize there's plenty of time left to flesh this out. Though ever a sucker for the Magneto's in the world, I'd personally like to know what De Guerre's driving at so I can really revel in the conflict, whether that's for or against. But like I said, it's the only real problem I'm having with the book, and it's not hindering my enjoyment of the series the single-est of iotas.

For an issue that treats the readers to action, clever Tarantino-ing, more layers to the ongoing mystery, and continuously strong artwork to boot, I can't not give this one a five. Granted, it's probably only really going to get your grits a-cracklin' if you've read the previous two issues, but on levels both technical and personal this book gets my vote for an easily earned five stars.

Other reviews for The Private Eye #3 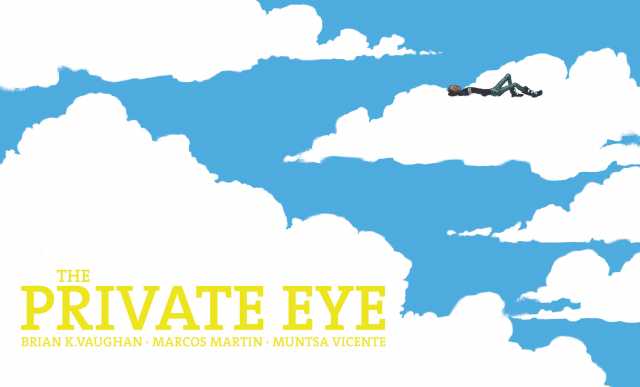