dark_noldor's The New Titans #63 - Into The Darkness review

The Plague inside friends

Again Deathstroke the Terminator steals the show, proving that he´s a resourceful character and that he truly belongs in the Titans. The story did developed a little, as Marv introduces a whole group of Beasts who have taken a serum/potion and transformed themselves and now they want to rule the world, typical of villains, but despite the efforts in the dialogues this series still haven´t reached it´s climax after the whole Judas Contract arc story. I guess some actions of the team member doesn´t corroborate the team work and the whole preparation that they have together, sometimes they act like amateurs and that´s bad. Another bad thing is the roster, sure Joseph (AKA Jericho) has proven himself over and over but I don´t like the character, same thing about Roy (AKA Speedy). The worst thing here is that Marv totally forgot that Raven had already have contact with the plague (since she healed Donna last issue) so she would have developed some kind of immunity against this substance, but instead she´s now fighting for her life. The best thing about this issue is Slade fighting side by side with the Titans and Grummett´s art that fit perfectly for the style of this team. Overall I´m still enjoying this series, but I hope it gets better.
4 out 5

Other reviews for The New Titans #63 - Into The Darkness 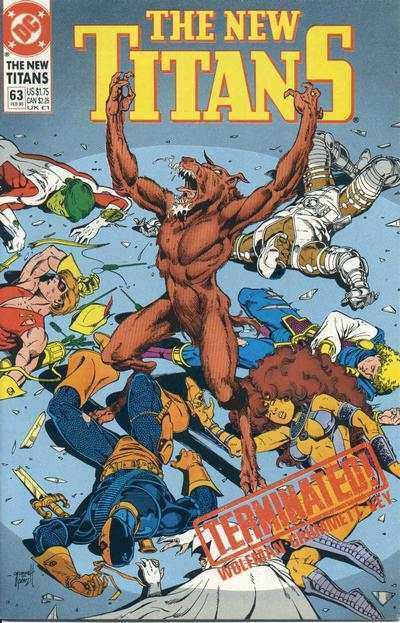