I do not hide the fact that Grant Morrison is my favorite writer and when he knocked it right out of the ballpark with Multiversity #1. I knew the upcoming one-and-done issues while different in pacing and what they are out to achieve would be delightful and everythign I want in a comic. I wasn't wrong at all, this issue was everything I wanted from a pulp-y team of Superheroes that had Atom, Doc. Fate, and Abin Sur in it's line up.

I've actually not read much of Chris Sprouse's work besides Ocean. So I don't really know if this is really above his average work but what I do know is that is comic book is one neat looking book. I mean that in a good way too, it's just that it's obvious that they spent a whole lot of time making sure every single panel looked great. Props to the colorist and inker too, for making this book look great. Everyone had a distinct look and was easy to tell apart, what more could anyone ask for? I mean ask for too much and you may end up with a..

And the writing is sublime, we start off quickly introducing the big superhero team that protects Earth - 40, S.O.S. Which stands for Society of Superheroes for those wondering. The action heats up when we realize that every now and then the universes get close enough to where they can fight each other? Meet each other? Build a bridge so they can trade pie recipes? Honestly, I don't really know how that's supposed to work so i just kind of said "Eh. Sounds cool, looks cool. Let's go with it." and so I did.

This is where it quickly turns into an epic war comic with the Blackhawks fighting Someone in the skies. Who? I'm not going to spoil it. go read the comic. We also have Atom, Doc. Fate, and Abin Sur fighting someone else until (And I'm going to spoil this one for you..) Parallax shows up. Yes, the entity the embodies fear shows up, it's awesome. Without spoiling any other neat plot developments that is the good stuff concerning this book, or as far as I am going to review in any case.

Well, honestly.. nothing besides this one line concerning testicles being used as earrings was bad and even that was just awkward. Though I do wish we could have a whole ongoing in this particular universe, so much stuff could be looked into.. sigh .. Maybe one day, right?

It may also be worth mentioning I still don't really get how they travel through universes, but as I said before I just went with it.

So, why haven't you bough this yet?

This is a "war comic" that has parallax fighting in it. That should of made you run out and buy it right away. If you haven't done that already I will tell you "Go out and buy this, right now." Because this book has a fantastic pace, a spectacular amount of ideas per page, breathtaking artwork, and Morrison's penchant for writing those great stories that shouldn't work but do. Buy it. Now.

I've always liked Doctor Fate ever since I first saw the character back in the Superman TAS show in the 90's. Seems like something I would like to pick up in a trade.

@humanrocket: The issues have been amazing and the next one is about the teenage supeheroes in the world (Earth - 16/ Earth Me.) So that'll be interesting if not anything else. If they do keep the quality of the previous issues I'd say this should be on everyone's shelf.

@dagmar_merrill: Have they mentioned or given any hints to which characters the teenage superheros are going to be?

@humanrocket: Maybe, I will probably look into that when it comes closer to it coming out. I do know that the cover shows some neat stuff.

I've been reading mainly Star Wars lately, so I have tons of catching up to do. I might make an exception for Multiversity though, it sounds bloody amazing. Keep 'em coming, DM.

@dagmar_merrill: Did you notice that the comics that are shown are the same one as the first issue one.

@shadowswordmaster: Yeah, I noticed. Makes me think that comic is the one that'll really pull this series of one shots together.

@dagmar_merrill: I think so too but it's hunted so when we get it, something will happen: P

Excellent review, I may pick this or the first one up. Definitely going to get Thunderworld for certain myself.

I've been reading mainly Star Wars lately, so I have tons of catching up to do. I might make an exception for Multiversity though, it sounds bloody amazing. Keep 'em coming, DM.

It is and will do.

Excellent review, I may pick this or the first one up. Definitely going to get Thunderworld for certain myself.

@lvenger: Oh, and the just is the one I am looking forward to the most.

@lvenger: Oh, and the just is the one I am looking forward to the most.

The next issue right? With the superhero celebrity Earth? That should be an intriguing storyline as if any superheroes appeared in real life, we probably would treat them as celebrities as much as we would treat them heroes.

I've got to be honest, the two issues so far have been just OK. I'll stick with it, but so far this has been a letdown with all the hype. After re-reading each issue I liked them more, but I'm still not overly impressed. I'm hoping it will get better, but I don't have high hopes since I remember how average (borderline bad) Grant Morrison's run on Action Comics was. 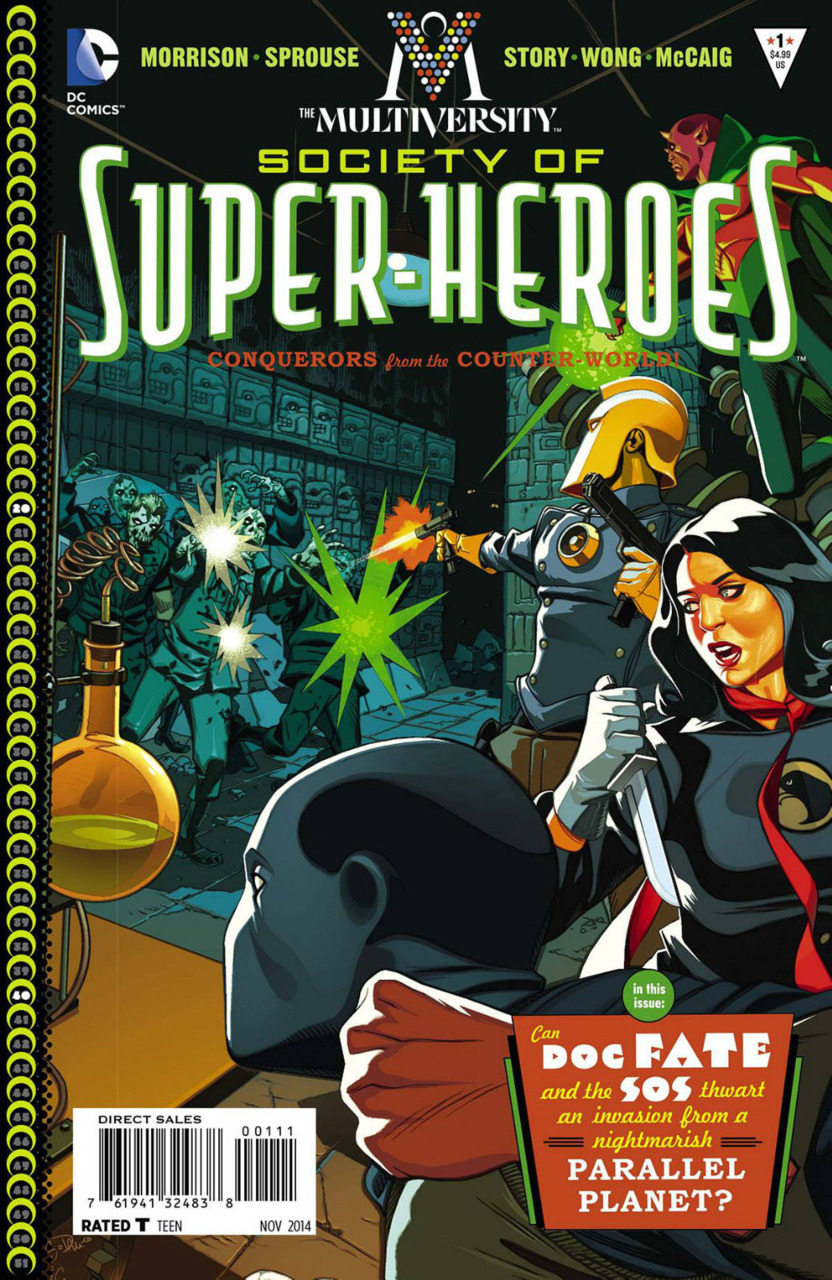 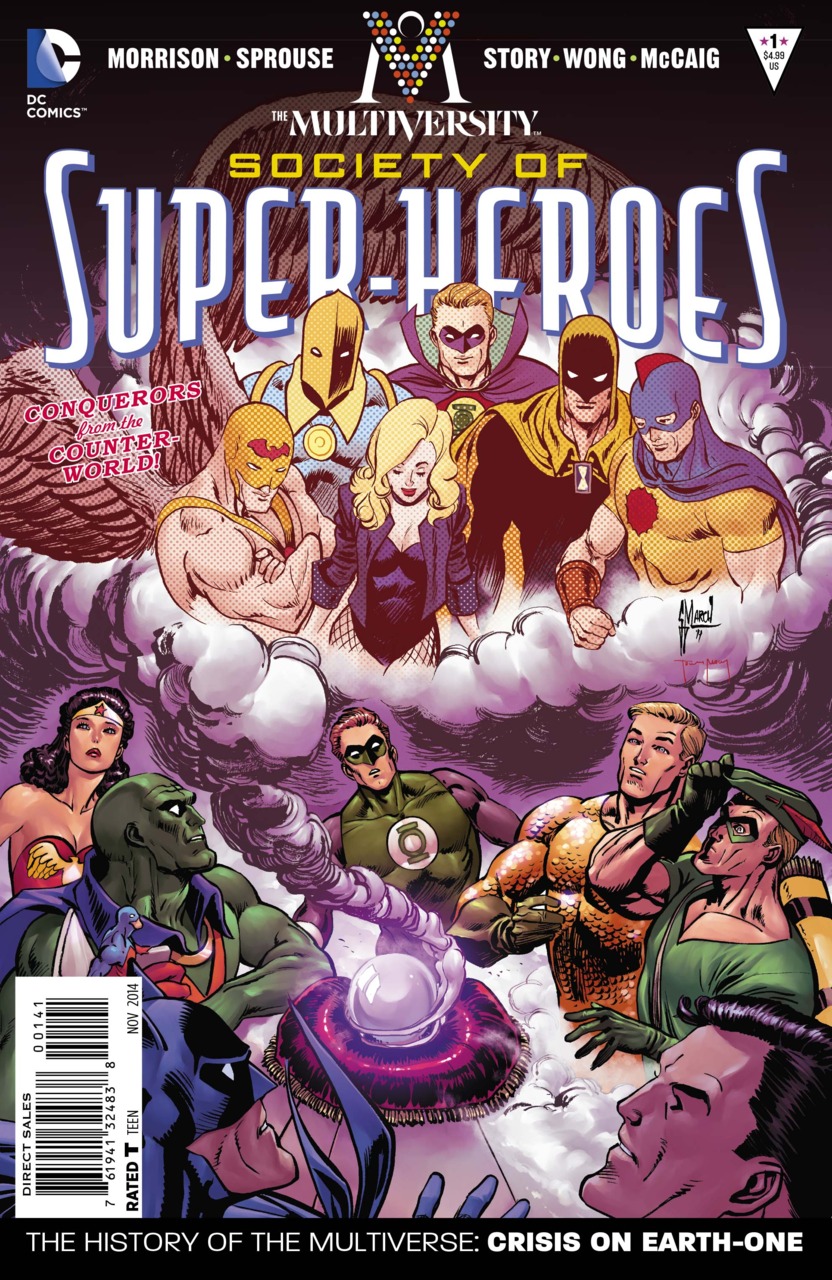 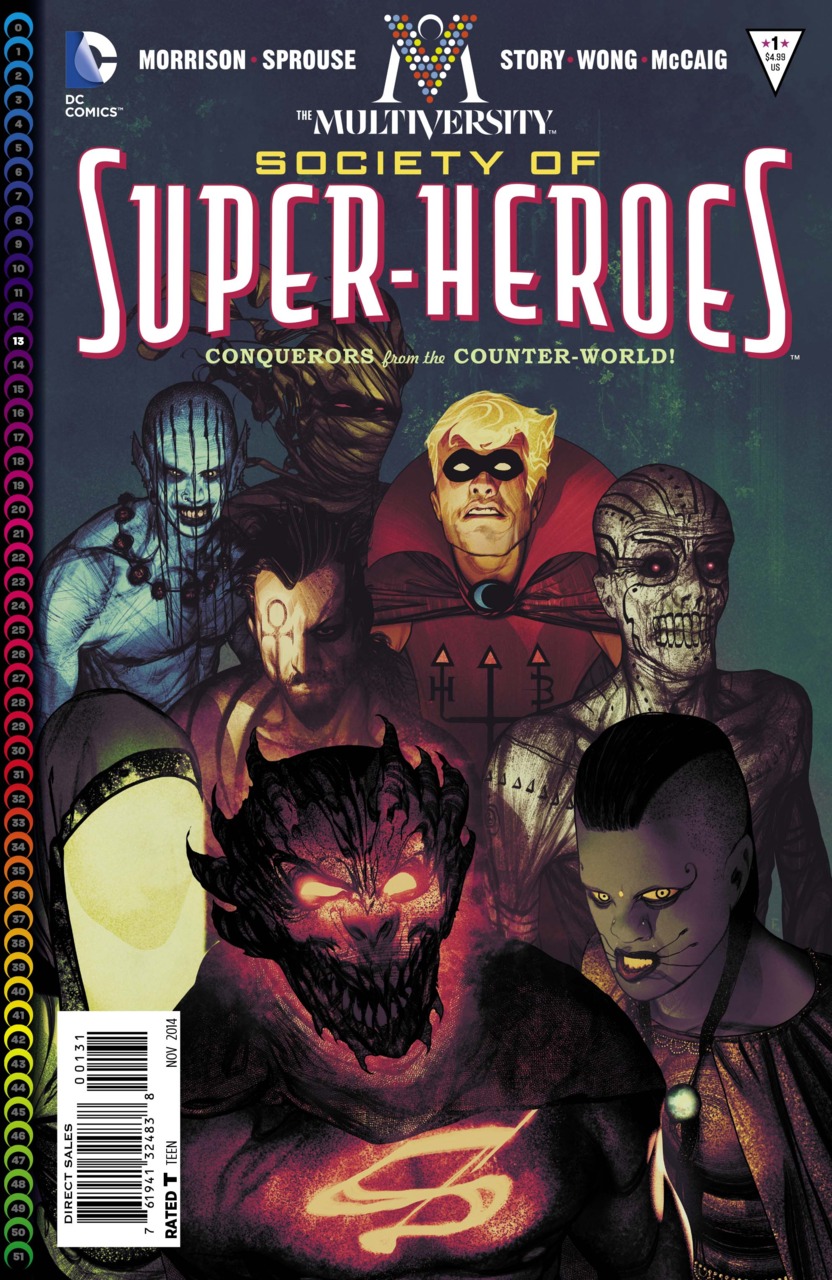 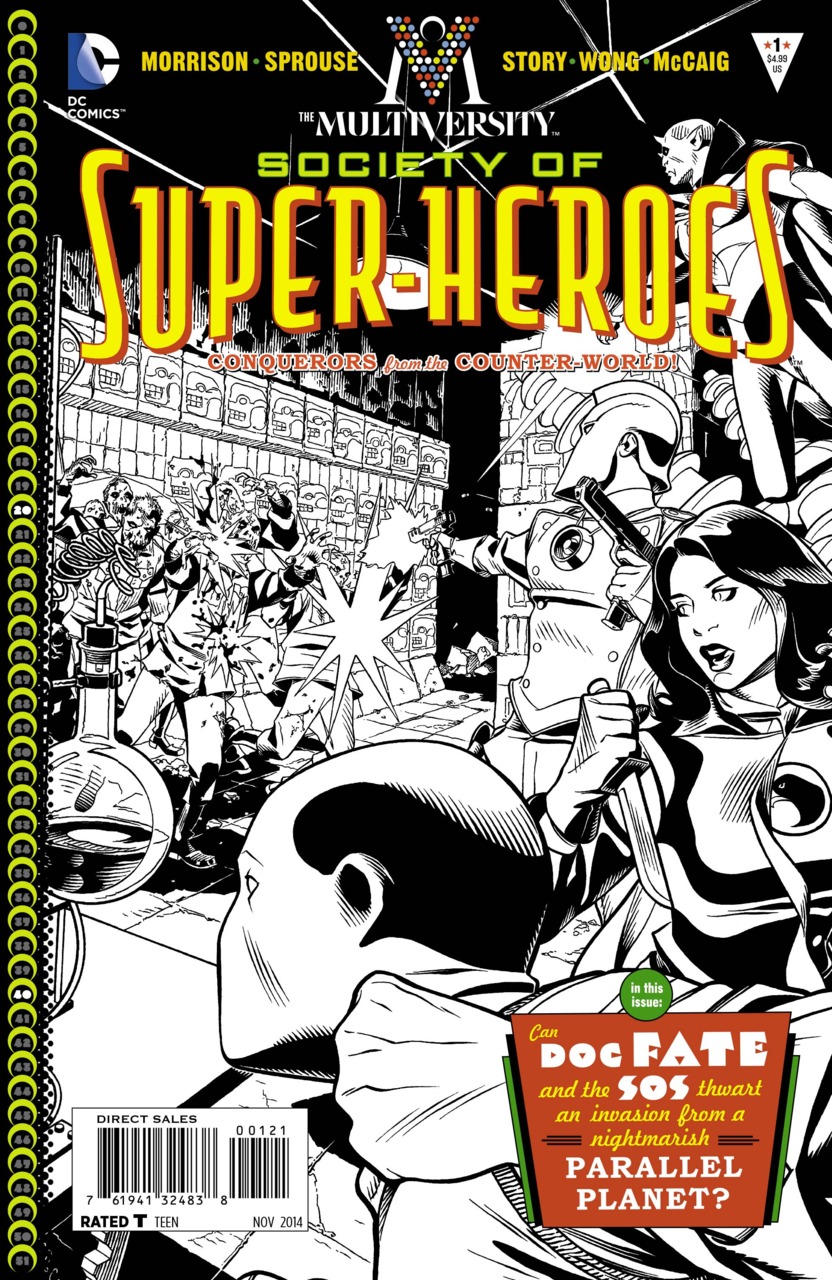 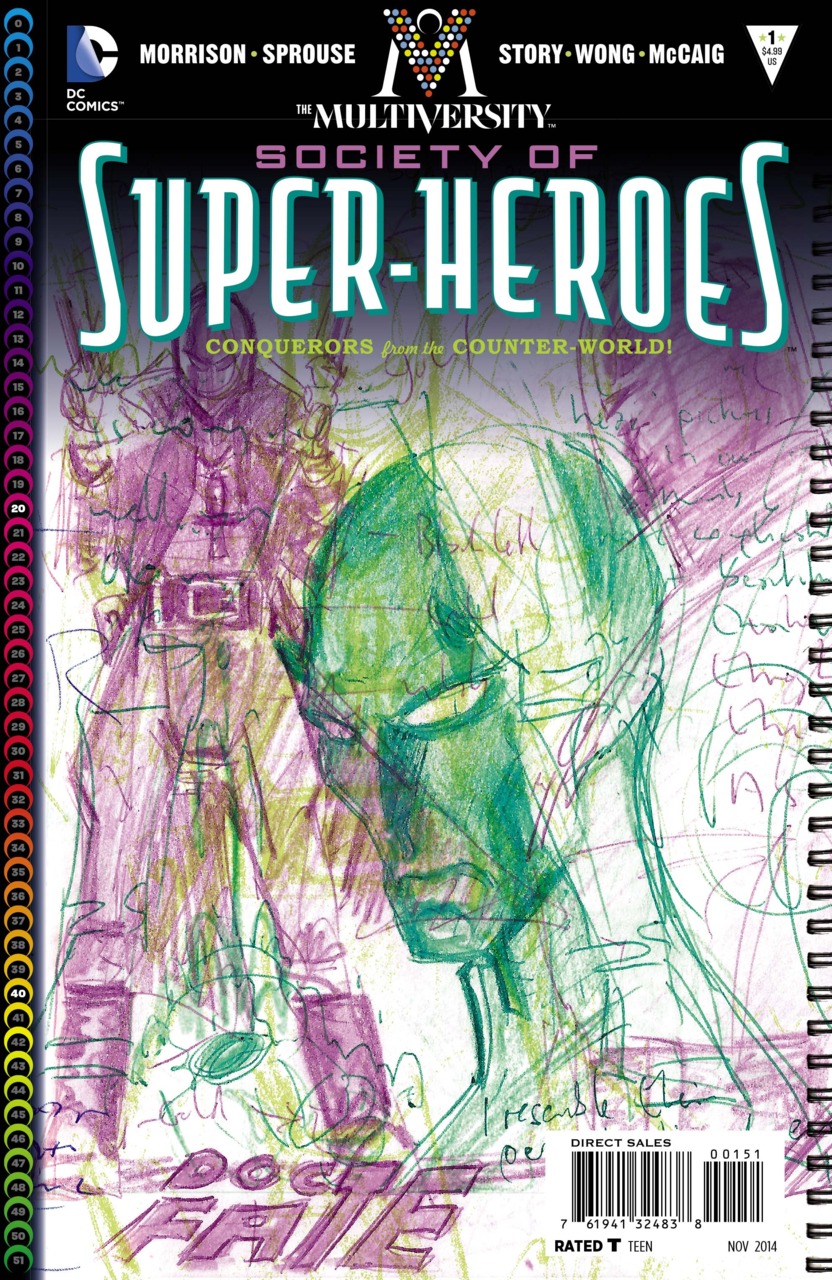