donfelipe's The Life After #4 review

Purgatory doesn't seem to be a place to relax at all!

Where the purgatory is the staff review, Mat and Miss J?

After 4, 4, and 5 stars for the first three issues I was expecting another review with no less than 6 stars for this issue from your side especially as I really suck at writing reviews myself. That being said I'll keep it as short as possible:

I love this series and issue #4 in particular!

The main protagonist, Jude, still doesn't really know where he is, what's going on, and why it's going on. Nonetheless he starts to embrace doing what he's capable of doing (now) while his dear companion, Ernest Hemingway, isn't very helpful company except for several life saving situation.... and there seems to be even more trouble ahead for poor Jude with just another twist towards the end of this issue that ends in an intriguing new plot and cliffhanger. Who would have seen this coming?

Purgatory doesn't seem to be a place to relax at all; especially not for Jude. :)

One of the strength of The Life After is how it combines a rather serious and sad plot with portions of dry humor, mostly coming from Ernest Hemingway's side, and comic relief that's mostly coming from the guys in the control room... and the problems in the control room keep getting bigger and bigger not to say things seem to get out of control a bit. That's when "the" consultant comes into play! The consultant is just another weird character entering the series with a big bang (no further spoiler). Fialkov knows how to really introduce new characters; first that Crazy Little Thing Called God in issue #3 and now this creature.

All of this fantastic story telling by Fialkov is combined with brilliant art from Gabo that never distracts from the actual story but when there's action, oh boy, then Gabo knows how to deliver and it can get pretty creepy. After all this is the Life After. It's got to be gory, too!

The best thing about this book is its huge potential to surprise the reader because the entire plot is so unique and original. Usually there's a thin line between too many question and not enough answers but the Life After also lives from the reader's imagination.

If you're looking for a roller-coaster ride though purgatory you need to check this out!

Other reviews for The Life After #4 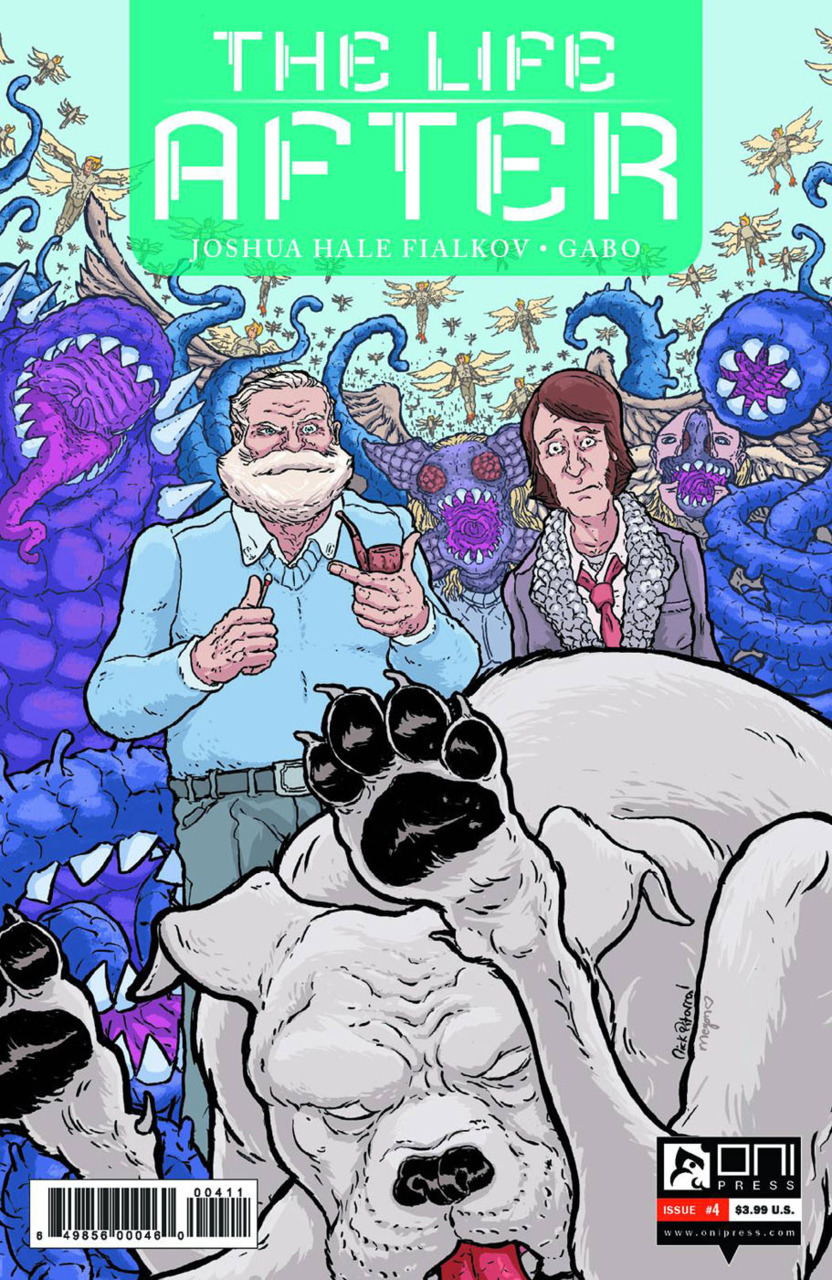 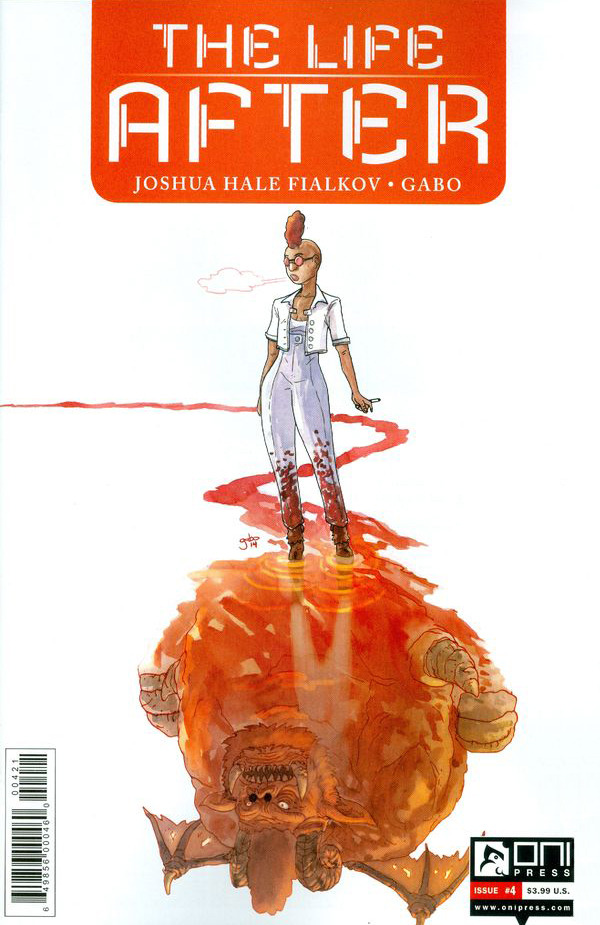