Dying is Easy, Comedy is Hard

'The Last Ha Ha' is one of the more unusual Joker stories. It seems like Denny O'Neil was already having second thoughts about a Joker ongoing, but instead of giving up - he vents in the story itself!

The story opens with Benny Khiss and Marvin Fargo (two guys who are always running into the Joker) guarding a jeweled comedy mask in a museum. Yet no one knew what was going to happen next? And why exactly do people bother displaying things like jeweled comedy masks and (later in this story) rare ancient joke books in Gotham museums in the first place? Do they not know what's going to happen?

Or is writer Denny O'Neil having a little fun with us? Hmmm...

Anyway, yeah Joker attacks and steals the priceless mask, but later the curator mis-identifies the perpetrator on national TV as the Creeper. This of course draws the real Creeper out as he's anxious in proving he wasn't the thief.

There have been more than one Joker story called 'The Last Laugh', but this one is called 'The Last Ha Ha', 'ha ha' or course being the onomatopoeia used for laughter in comic books, and that's the thing about this story - though it may not be the best story ever, this issue is a lot of fun because of how self-referential it is - tiptoeing up to, but not actually breaking, fourth wall. For example, when Jack Ryder (the Creeper) goes missing, the on-air substitute for him is a youthful looking, but adult 'William Batson'. Later Joker decides to go after the cartoonist who created 'Cashews' (a spoof of Peanuts that reveals how tedious that comic strip had become) becaue, reasons the Joker, the comics have made him rich. But when we first see the cartoonist - who looks a lot like Denny O'Neil himself when he had hair - he's bemoaning how he should've been "a stockbroker... a plumber... a hobo... anything" other than a cartoonist. And throughout the issue, characters make fun of how bad the jokes are in comics, how hard they are to come up with and how there aren't many quips from the Joker when he's really facing off in hand-to-hand combat.

As easy as it is to forget that comics sometimes just need to be fun, it's even easier to forget that being funny isn't easy. This comic feels like Denny O'Neil's comic version of the Edmund Keane adage, "dying is easy, comedy is hard".

Other reviews for The Joker #3 - The Last Ha Ha 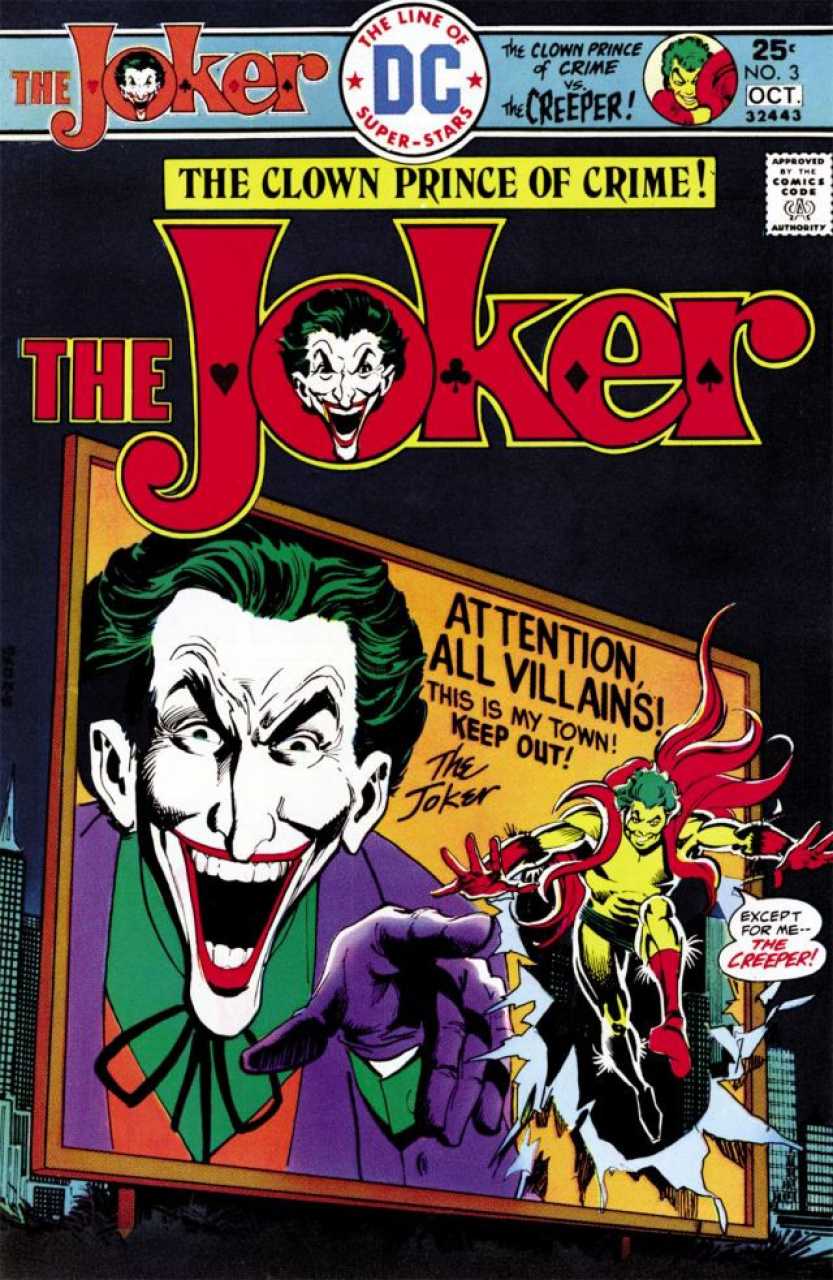