When it came to DC's new Hanna-Barbera initiative I really had no idea what to think of it. On one hand, I was a big fan of the cartoons as a kid, so there's some interest in these titles for me, but on the other hand I was very worried that they'd stray too far for "something new" and lose what made those cartoons and characters great. Thankfully, my worries were not needed. Not only was The Flintstones an enjoyable read, but I found myself laughing more than I thought, and actually reading a slightly more intelligent story about some of my favorite characters.

The story starts off in the present (which I thought was weird) and then travels back to good old Bedrock for Mr. Slate to call Fred in and tell him to show a few Neanderthals around the town. Now, right off the bat I was surprised to see this book tackle social commentary, or at least reflect actions you'd see today. The fact that Mr. Slate wants to hire these Neanderthals is because they have no sense of money not only works as a joke, but puts a little realism into these characters. The book continues to sprinkle these wonderfully small moments throughout this issue, whether it's tackling personal loss or traumatic PTSD. The line between wacky and updated realism is done really well, and I found myself feeling many emotions from one issue.

As for the characters themselves, I was again surprised at how well this comic captured their essence. I could hear Alan Reed when I read Fred's dialogue, and Jean Vander Pyl when Wilma spoke. Not one character felt like they were written wrong, and once again I felt surprised that Mark Russell was able to even put some new layers into these characters. In fact, I'd say half of the reason I felt these new layers were also in part to the artist Steve Pugh. There isn't two panels where the characters are in the same position, unless it's for a joke. These characters felt flexible, and on the move in every panel. The characters have more dimension and muscle, which only adds to their characters in a natural way. For a good portion of this book the art is probably what's going to bring in readers. However, have to say that the MVPs of this issue were Mr. Slate and Philip.

While this issue is centered around Fred, and glimpses to those around him, I found myself shocked at how much of this issue is Mr. Slate's. He's there at the beginning trying to invest in cheaper workers. He's there in the middle and end when throwing a party to show off new technology, and for the most part he's the best comedic relief in this issue. All of his jokes are brilliant, and I started to fall in love with this tragically happy character who's only friend is Philip. I also can't wait to see more of Philip, I was rolling over laughing when his two scenes came on.

Overall, this issue was a lot of joy and surprises for me. The only problems I have with it are probably the pacing and the transitions. There are some transitions that left me confused, but once I started reading this as if it were a TV show with commercials it helped me get through it a lot easier. The characters felt like the same characters that I know from the cartoon, but they feel like they have a little more dimension and modernity to them. While the first issue was definitely a set up and a "day in a life" type of story, it did make me interested and wanting more enough that I'll check out the next issue too. The art is wonderful, and adds so much to this title, and the writing was smart and witty. Overall I don't think any Hanna-Barbera fan would be disappointed if they decided to pick this up.

Other reviews for The Flintstones #1 - A Clean Slate 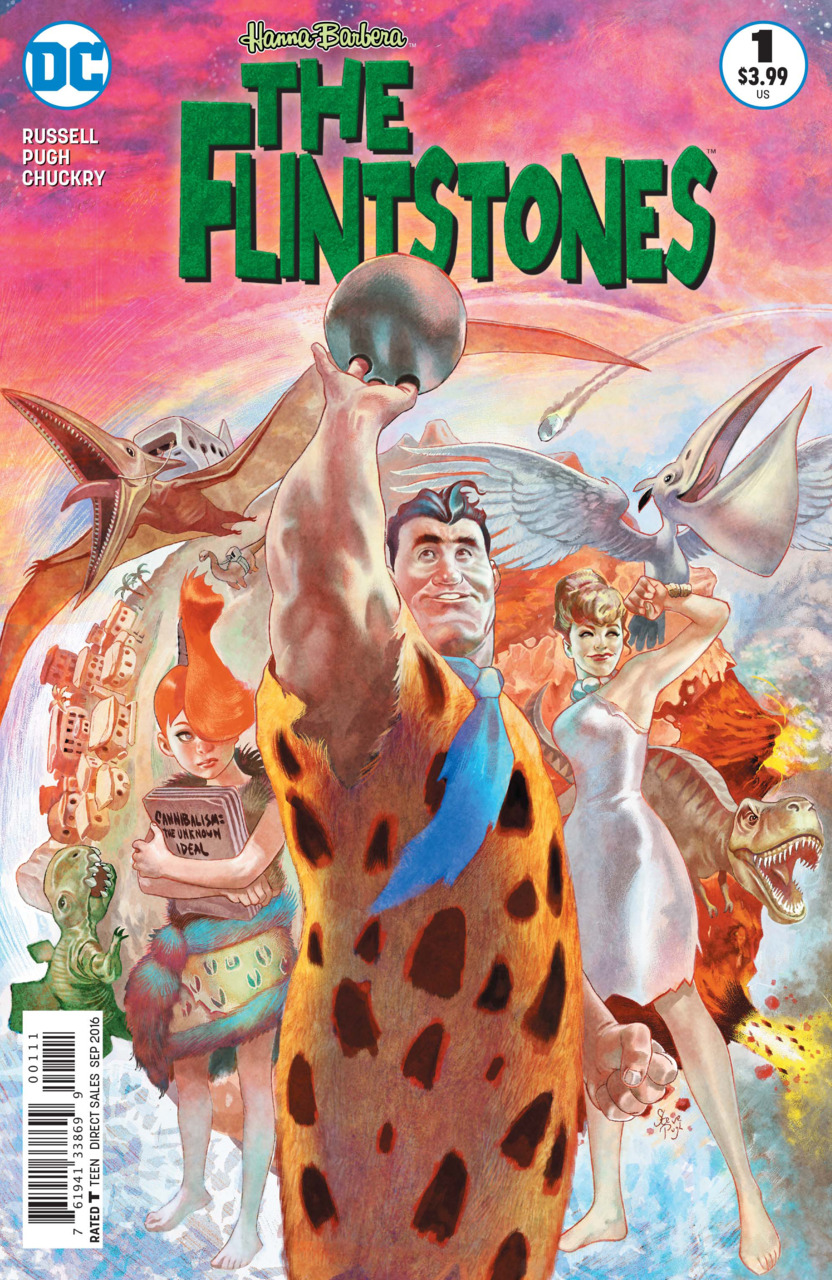 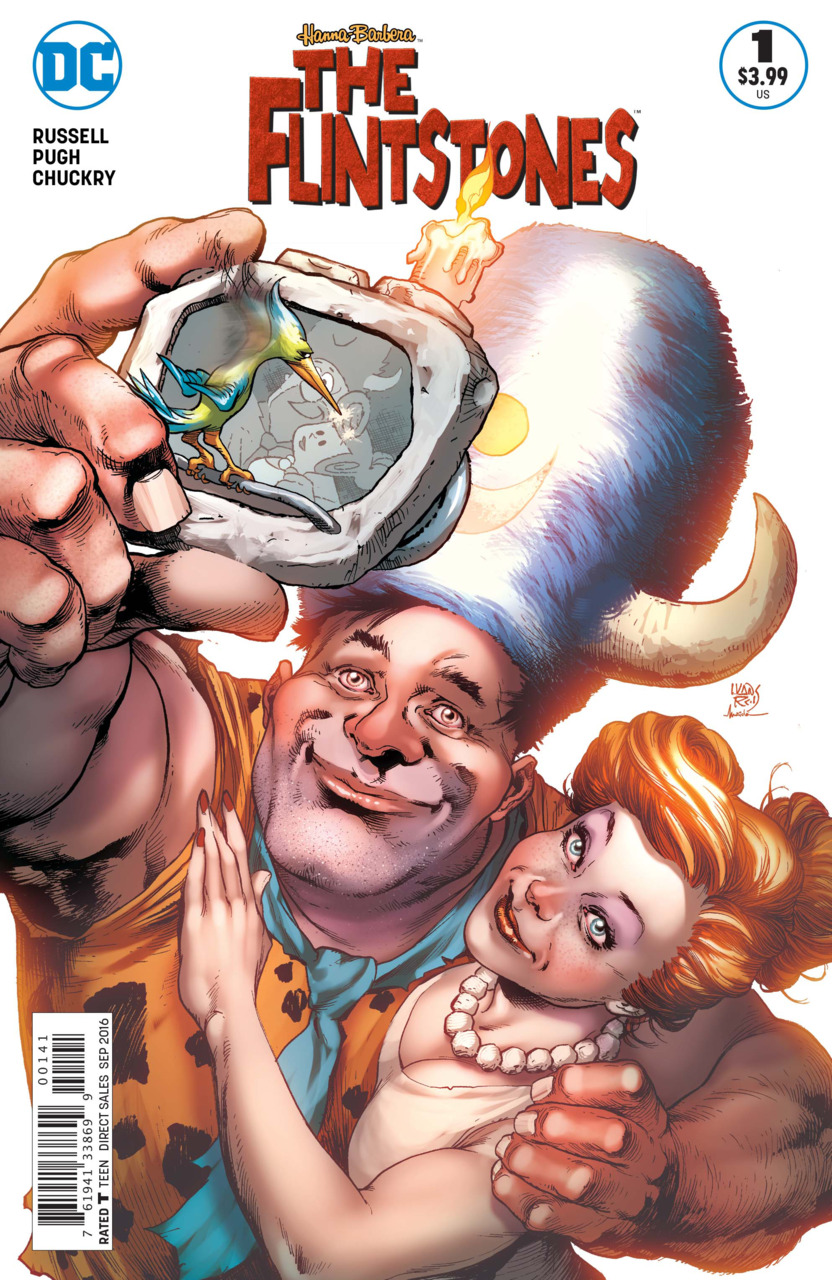 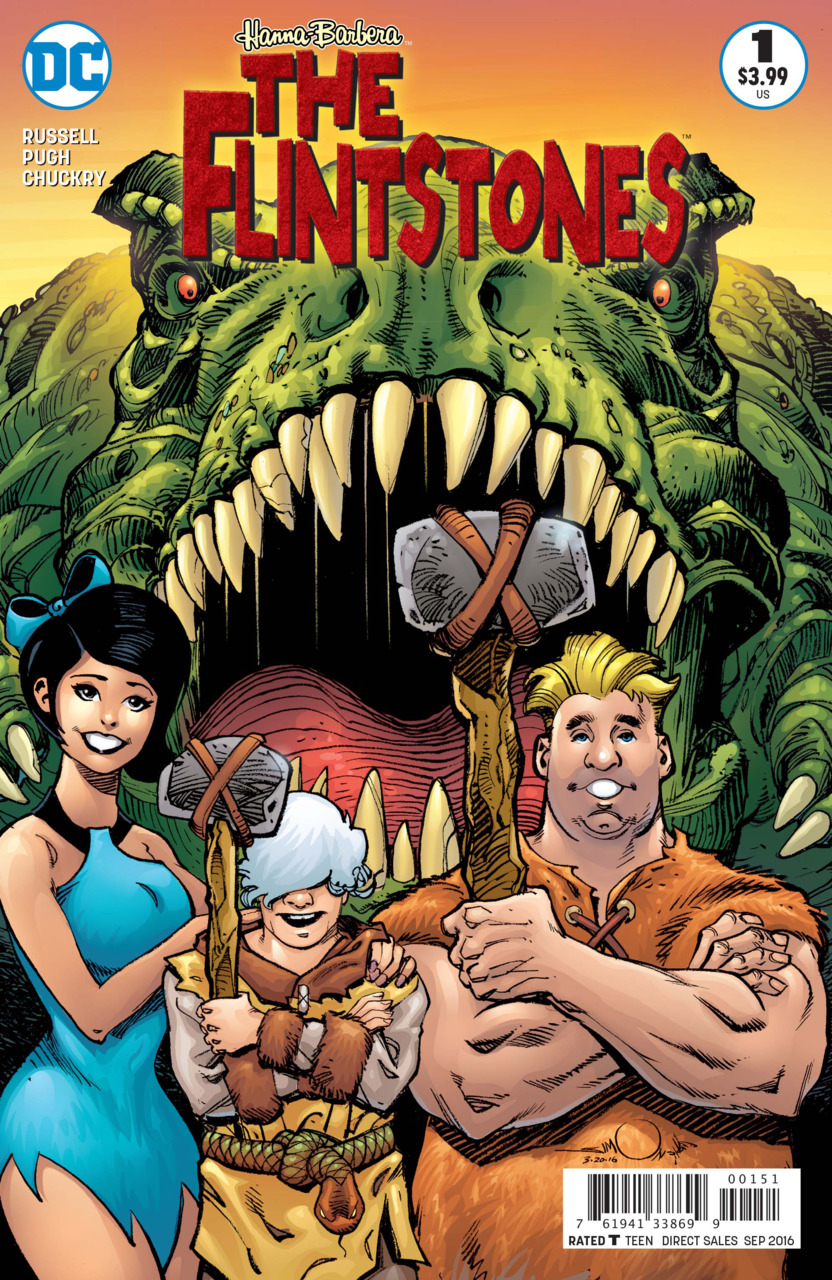 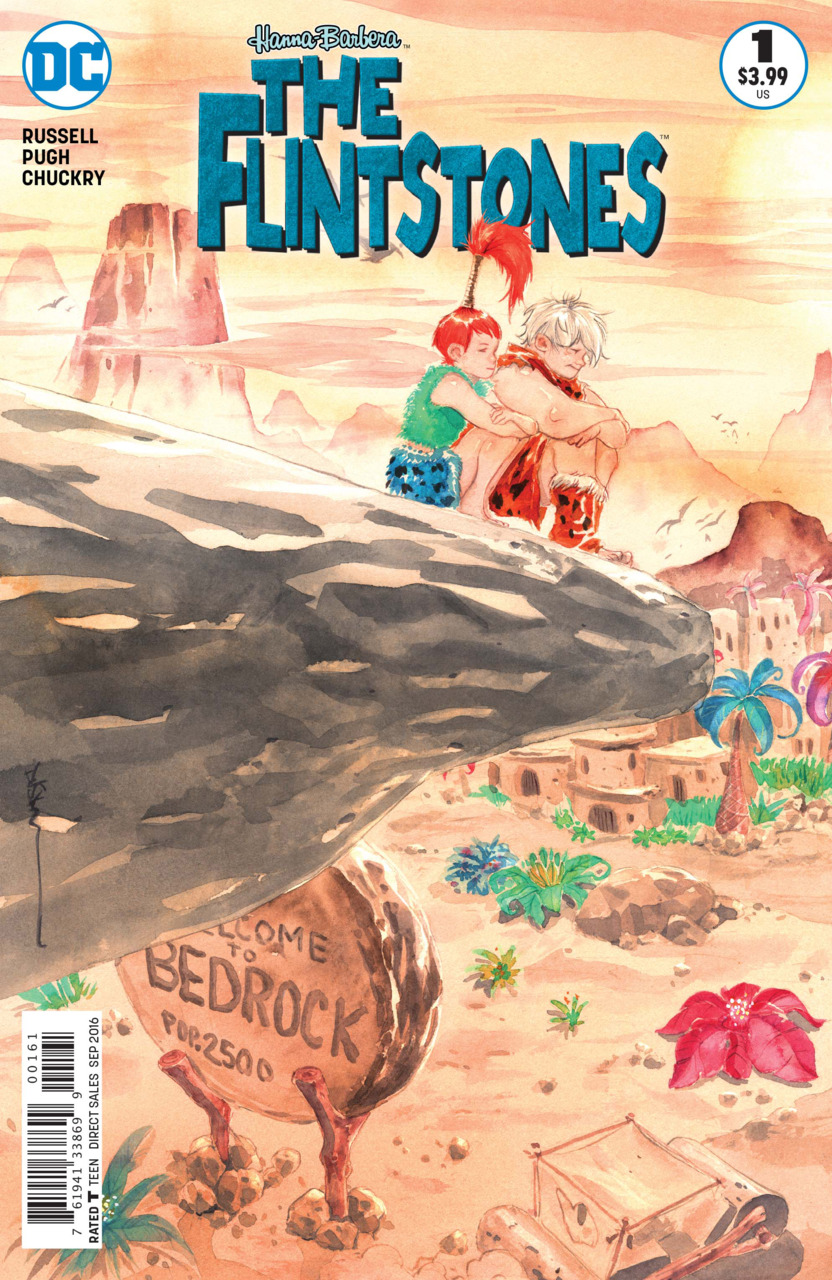 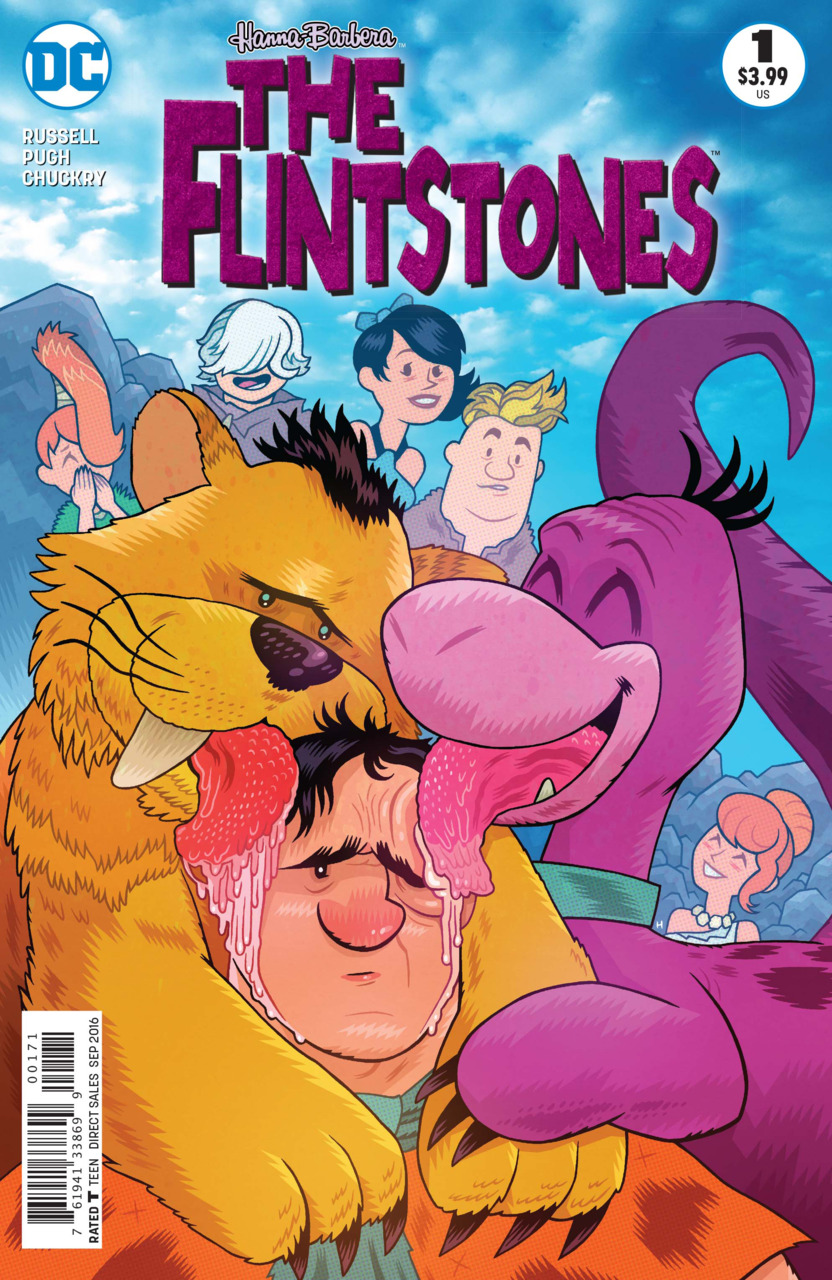 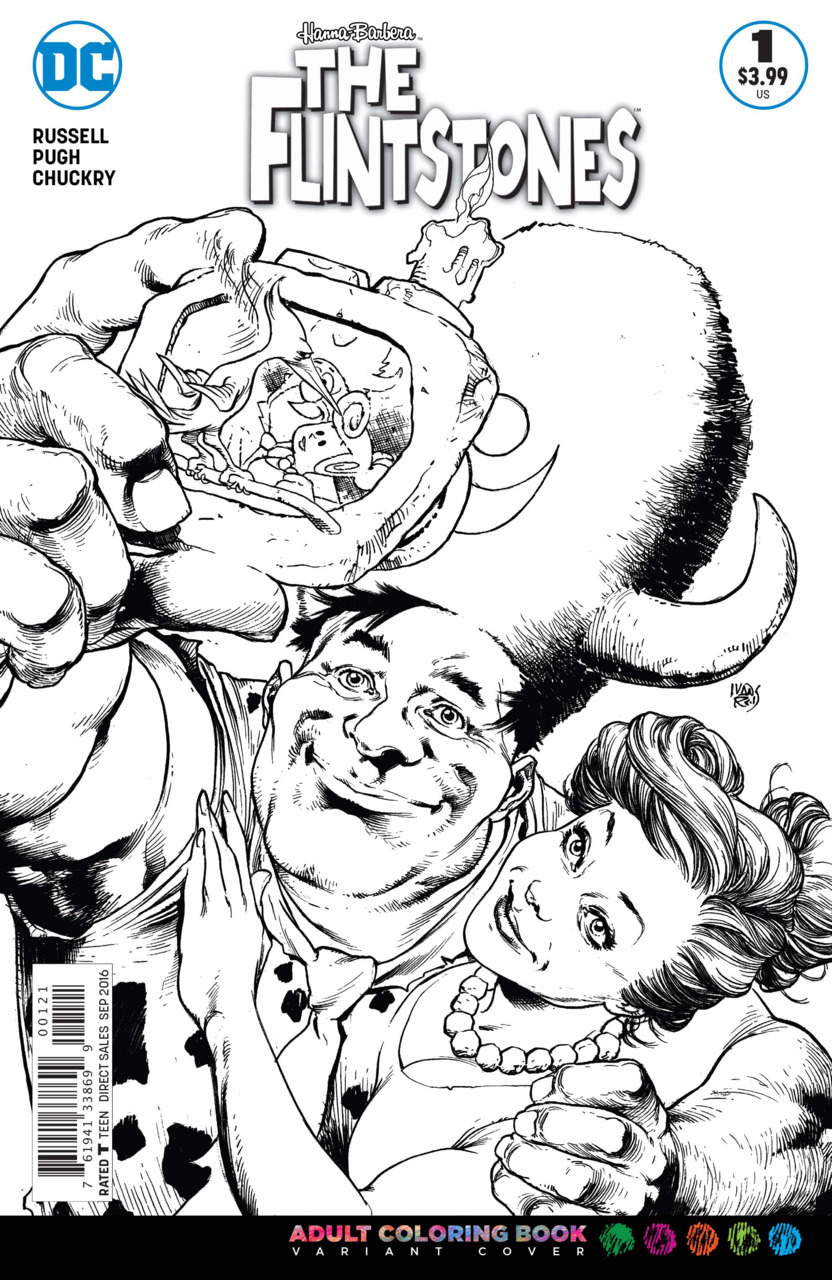 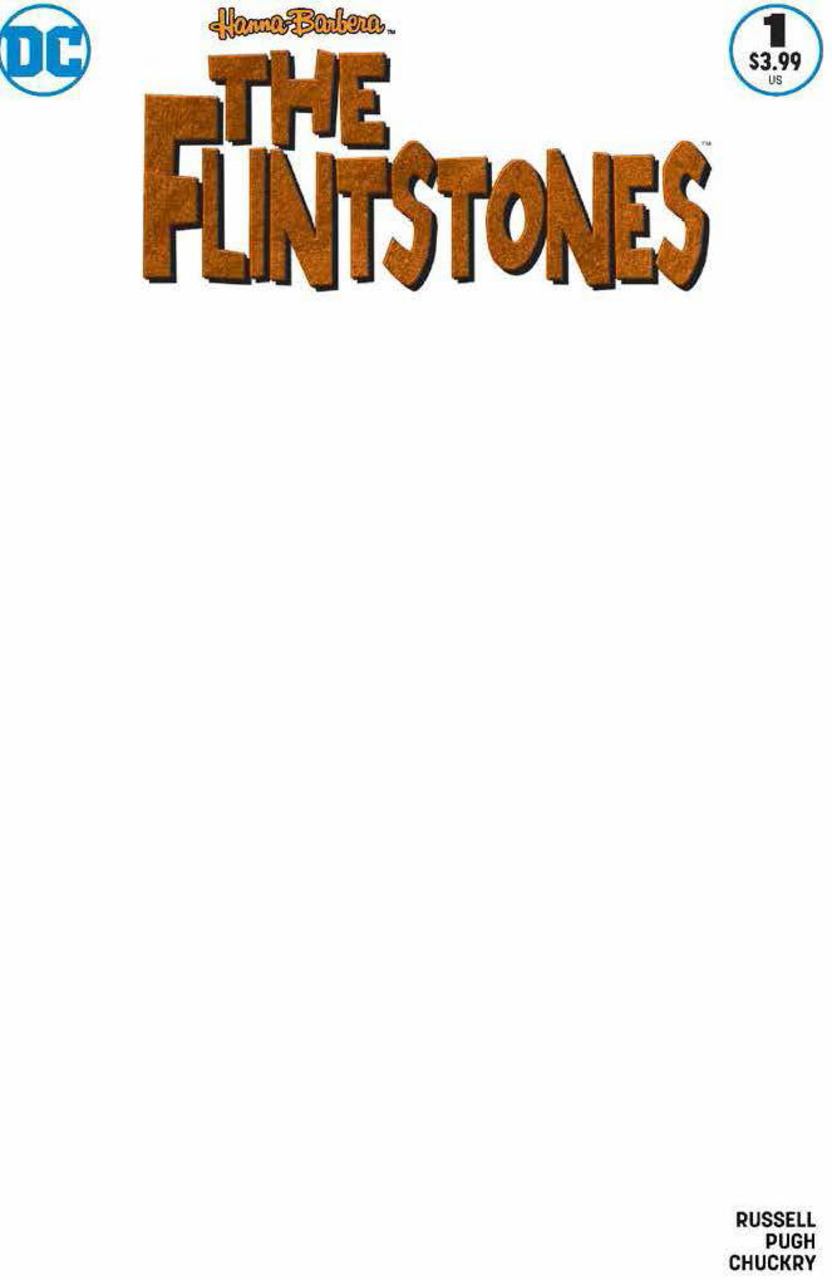