Joshua Williamson was an up and coming comic writer that was just killing it with created own comics such as Nailbiter and Birthright, but now he's here to tackle one of DC's flagship heroes: The Flash (Barry Allen). Picking up right before Rebirth, this special issue gives you a quick update on who this character is, where he is in his life, and then everything is flipped around as the events of Rebirth converge into this issue, and then gives you a taste for what's to come later in this title. Before going further I'd highly recommend reading Rebirth before this issue, and Titan's Rebirth after this issue as both titles feel really connected with The Flash.

I already thought the Rebirth issue was packed with emotions and story before, but after reading The Flash: Rebirth it's clear that DC is going to have the effects of Rebirth be explored, and it's fascinating to see just how much we already know in this issue just weeks after the Rebirth special. That emotional gut punching scene from the Rebirth special is actually reproduced in this issue except from the point of view of Barry, and what Barry experienced at the beginning of this issue actually makes his decision in Rebirth make more sense. Not only that, but this issue then explores the direct aftermath of what Barry did in Rebirth, making this Rebirth's spiritual sequel, while also setting up what will happen in the Titans Rebirth title, while also planting seeds for The Flash's main story. If that isn't enough for this issue you also have Barry meet a certain character, and they promise that they'll work on figuring out the aftermath of Rebirth, which makes me really excited.

The art is done by Carmine Di Giandomenico with Ivan Plascencia on colors. The only thing I can say about these two are that they are perfect for the Flash. The colors are vibrant and really add that kinetic aura whenever a speedster is running, and the art produced in this issue is just another draw for fans and new readers alike to flock to this book. Once the title really gets underway and we're seeing speedster battles is when this art should really show its potential, but at this time all I can say is this will define an era of Flash just as Manapul and Buccellato were for the New 52.

Overall this issue gives DC readers the biggest scope of what's to come compared to all the Rebirth issues. Not only does it give you more insight into what happened within the Rebirth special, but it also gives you the immediate aftermath while also setting up Titans and giving fans a clear through line for the DC universe. Along with Titans, The Flash is shaping up to be an important title to understanding who did this to the DCU, and I can say that The Flash has a wonderful writer that will not only help enhance the rest of the universe here and there, but also give a great superhero title some much needed speed.

The issue opens with Barry in a crime scene of a murdered woman. The crime reminded Barry of his mother's untimely demise caused by Professor Zoom who is now imprisoned in Iron Heights. The Speed Force then shows Barry visions about him killing Zoom and an unknown speedster (Godspeed) who seems to be threatening the Flash.The next day Barry visits his father Barry Allen to discuss about the similarities between his mother's death and the recent case Barry's working on and his strange visions co...

We follow Barry (it seems we cant no longer just say Flash) through the previous moments before Wally came back, then we are treated to an extended conversation betewen them concerning the mysterious return of Wally and its implications until moments later they take their separate ways, and finally, we get a little follow up with Batman and the smiley face buttonThis felt like a direct tie-in to the Rebirth issue and was handled very well; before reading it I thought the art looked rough but as ... 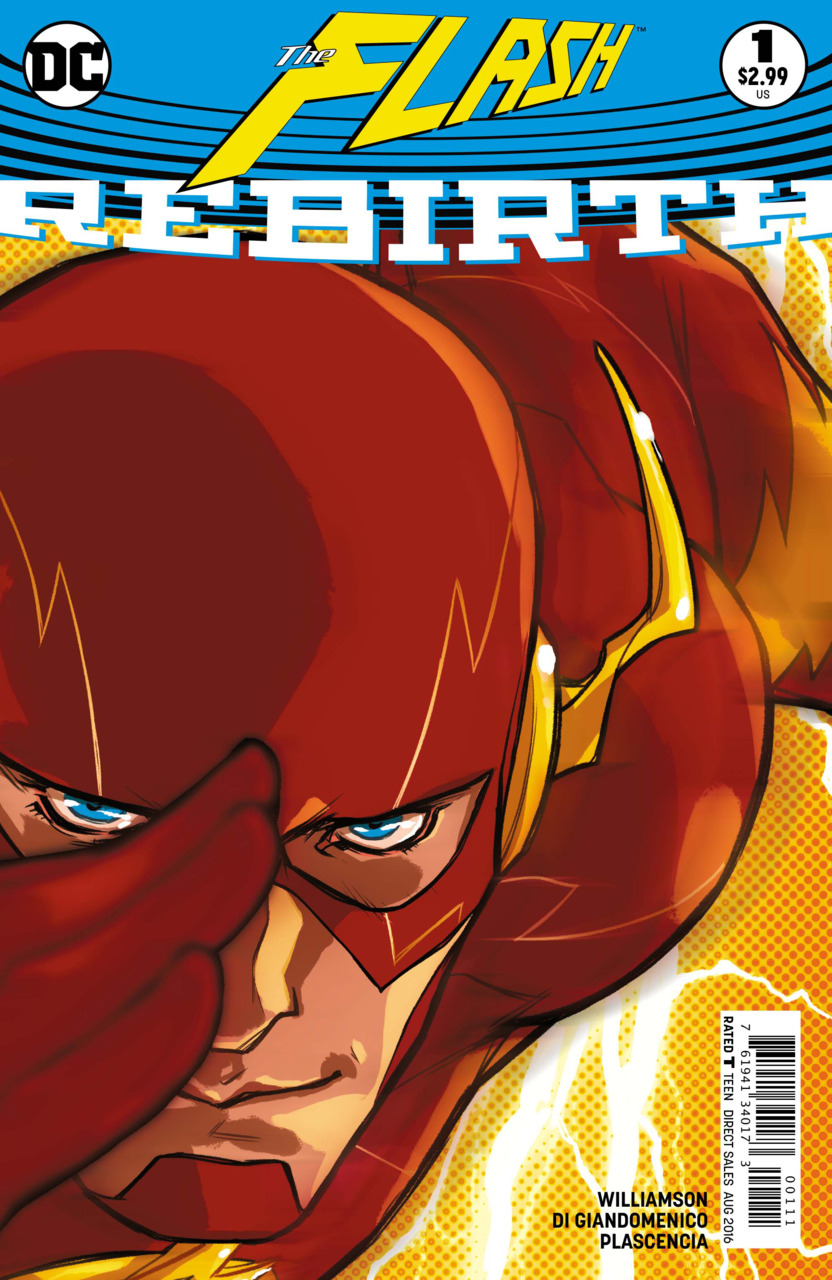 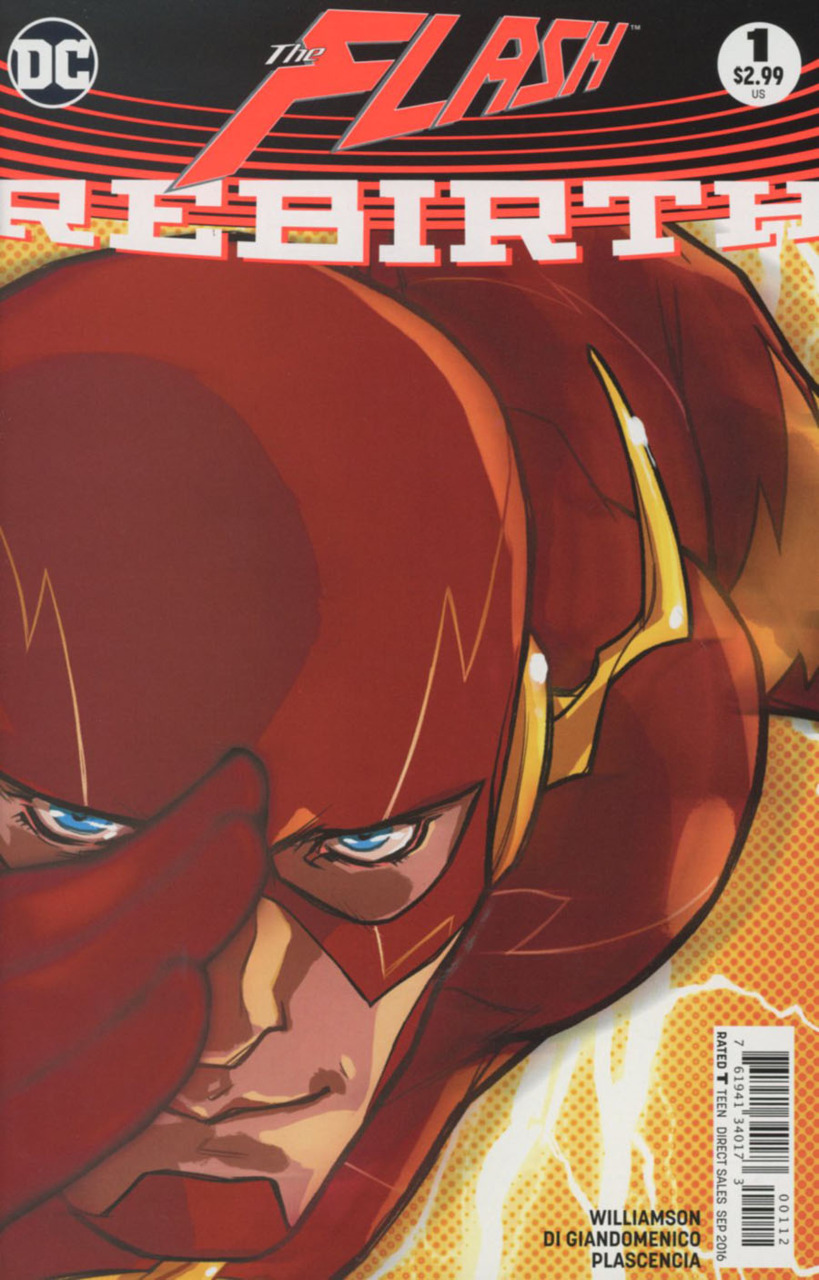 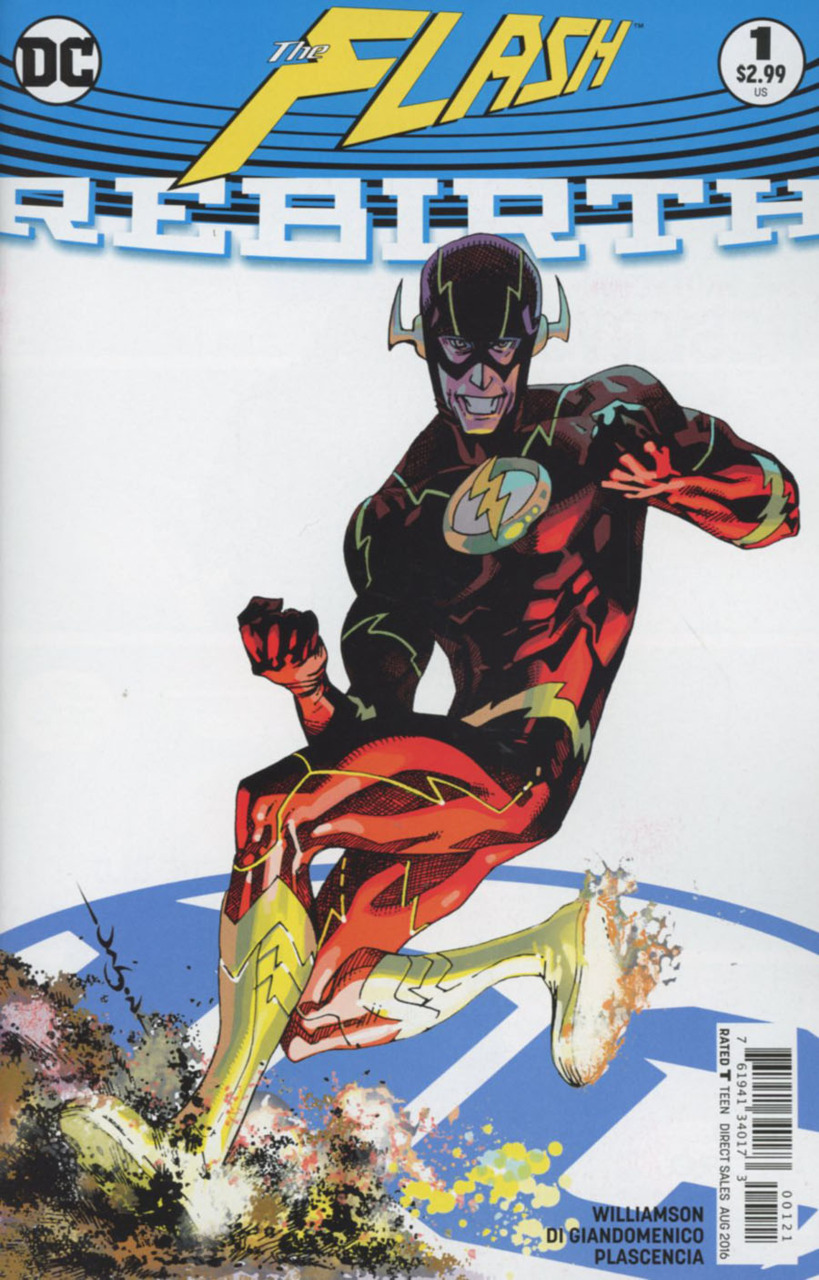