Get Away From Grodd

I have been thoroughly enjoying this series, and it has easily been the best Flash series I have ever read. I've been enjoying how the stories have intertwined into this story and how we've got to learn more about the Speed Force throughout the series.

This issue sees Flash running away from Gorilla Grodd who now has the Speed Force going through him, alowing him to keep up with Flash. Meanwhile Iris West is still trapped in the Speed Force and Turbine is aiding Patty Spivot and Captain Frye in finding Barry.

This was a brilliant issue and this story just keeps getting better, and better. What Francis Manapul and Brian Buccellato have done over this series has been amazing and I've loved how they've brought Grodd and his Gorilla army to Barry's world, when he least expects it. I've also liked how they have made Grodd slightly equal, if not more powerful than Barry now by giving him the Speed Force. I've also liked the way they've written all the side characters in this issue, and how even the Rogues know that this Gorilla invasion isn't good.

The art form Manapul, along with Buccellato's colours have been outstanding throughout the series, and continue to amaze in this issue. I like how both writer's have a hand in the a hand in the artwork making it that much more personal to them, and showing that their main talent is their artwork. Manapul's drawing is brilliant and I love how he puts so much detail and emotion into his work, even with the smaller sequences, or panels that have the characters in the distance. Buccellato's colours bring Manapul's art to life and gives ton;s of tone to the series. I also love how he choices when to use soft or hard colours perfectly which make the art beautiful. It's nice to see that they can both not only write an amazing story, but give us some truly amazing art, which I thank them for.

Grodd having the Speed Force in this issue was very interesting, and it made the chase between him and Flash even more exciting. It was also nice to see how Flash reacted, whilst having someone able to keep up with him. The anger in Grodd's face was also brilliant, and it was easily noticeable that Grodd had bad intentions, and that it wouldn't be good for Flash if Grodd caught him.

I liked how the Rogues were still fighting alongside Flash, even if Flash wasn't there, and how they realised that Grodd's invasion is a lot more important than fighting Flash. It was also interesting to see that the Rogues still had time to argue amongst themselves, mainly Captain Cold and Golden Glider arguing over who is leader of the Rogues.

Grodd breaking Flash's suit in this issue was very interesting and it showed that Flash wasn't indestructible, and that his suit could be damaged. Flash's reaction to his suit breaking was also brilliant, and it was easily noticeable that Flash couldn't believe what just happened. Flash's suit breaking also leaves the question of how easily Flash's secret identity could be revealed, and if Barry will eventually find a material that could withstand more impact, whilst being able to maintain the friction of his speed.

The way this issue started was amazing, and I loved how it talked about evolution, and how the Gorilla's came to talk. It was also interesting to see how the Speed Force first came to the Gorilla's. I also liked how it explained that Evolution wasn't always what the great scientists like Charles Darwin thought it was and that Evolution could surprise you.

This was an amazing issue and one of the best in the series so far. I would highly recommend this issue and am looking forward to seeing what will happen to Flash in next issue.

What happened to some of those first few Flash covers? They were MIND BLOWING. Some of the more recent ones have been pretty generic, like this one.I guess it's because Francis Manapul is finally putting 100% effort into what he's doing inside the comic. The artwork in this issue is among the best of an already gorgeous series, and the writing is actually damn good.I'm constantly baffled at this series constantly getting 5/5's, there's NO WAY even accounting for personal taste..... except for th...

Cover/Solicit - 4/5- Would I pick-up the comic based on the solicit/cover alone? Are the alternate covers appealing? Does the solicit/cover portray what happens in the issue?Art - 4/5- Do I personally like this artist's style? Does the artist stay true to the characters appearance?Colors/Ink/Lettering - 3/5- Does the work blend well with the artist? Is the coloring/inking enjoyable and easy to distinguish what's happening? Can I easily read the lettering?Layout/Flow - 4/5- Does the layout of the... 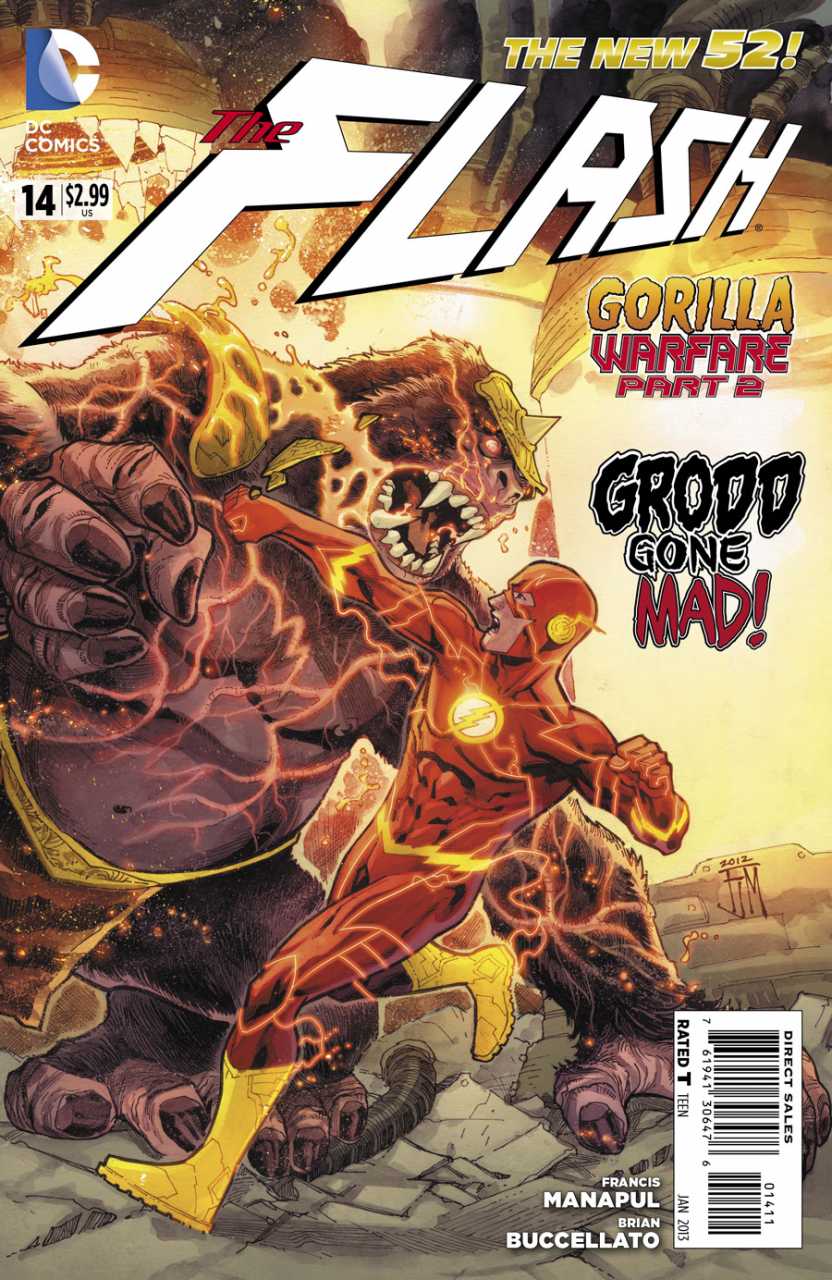 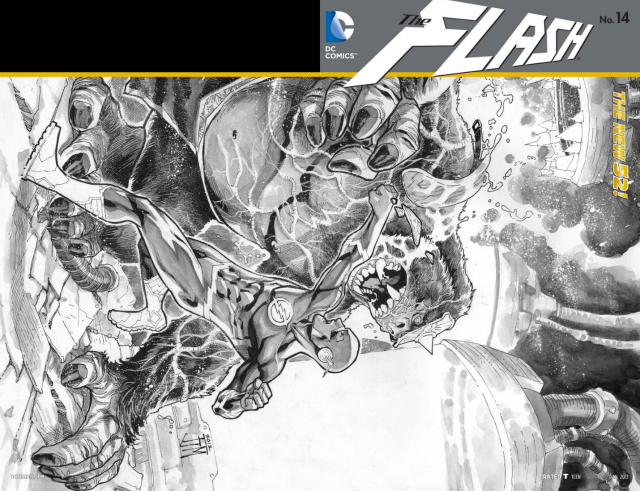