The Flash races back lead the charge of the new DCU! Francis Manapul pens the tale of Barry Allen reuniting with a friend from his past that has a mysterious secret that will push Barry to his limits

Why Buy the Book

Admit it, your curious if you could afford to buy 52 comics a month this would not be a big deal. But 52 first issues of a brand new direction of a powerhouse publisher in DC. With a iconic character like The Flash how could you not pick this up?

As mentioned Francis Manapul has quickly put his stamp on the look and feel of the DC speedsters and brought his A game for this issue, and one of the best Flash covers to be produced in the past few years.

Everyone loves a mystery, right? Well you got 2 here. You have the enjoyment of watching how Flash's place in the DCU be revealed. You also presented with the reappearance of a friend from Barry's past that knocks Barry for a loop

Why Pass on this Book

300 lb pink Gorilla In The Corner

a.k.a What would be the big changes to the Flash and his supporting cast??

I will say this…Everything has changed, but everything is still the same.

This means that their will be immediate changes noticed on page 1, and more sprinkled thought the issue. For old school fans of Barry Allen Flash, really cool tweaks were made to the Flash Ring that not only makes sense, but also gives a modern twist to the mythology of the character

So yes, there will be changes to Barry and The Flash lives and abilities, however the changes do not effect who Barry Allen is and what makes The Flash such a awesome character. So this was like pulling out a splinter in your hand as a kid, you knew it would sting at first and had to be done, but once its out you wondered what all the fuss was about

Same goes for this book, Yes the suit is different, but the man inside is not

Other reviews for The Flash #1 - The Flash

Back at the ranch 0

After the events of Flashpoint, it is now to Barry Allen to hold the mantle of the Flash.  The tone of the series is set right away, returning the character to a depiction of the character not seen since probably the 1960s as the young and inexperienced bungles his way through life as Barry just as much as he speeds through it as the Flash.  In pushing Barry back in this direction it seems as though the creative team is looking to find a medium ground where Barry takes on some of the characteris...

A Flash and Splash debut. 0

I really enjoy when the artist is also writer.  Partly because the voice I think is clearer.  From Manapul's first Flash series with Geoff Johns we really saw a strong visual storytelling from Manapul and now without Johns, the story is so clear with Manapul's narrative.  We see some hand lettering blended into the art like a young Will Eisner.  We also see great panel layout, accompanied by great contrast of inking style and color choices.  This book is beautiful on the eyes.  This story ... 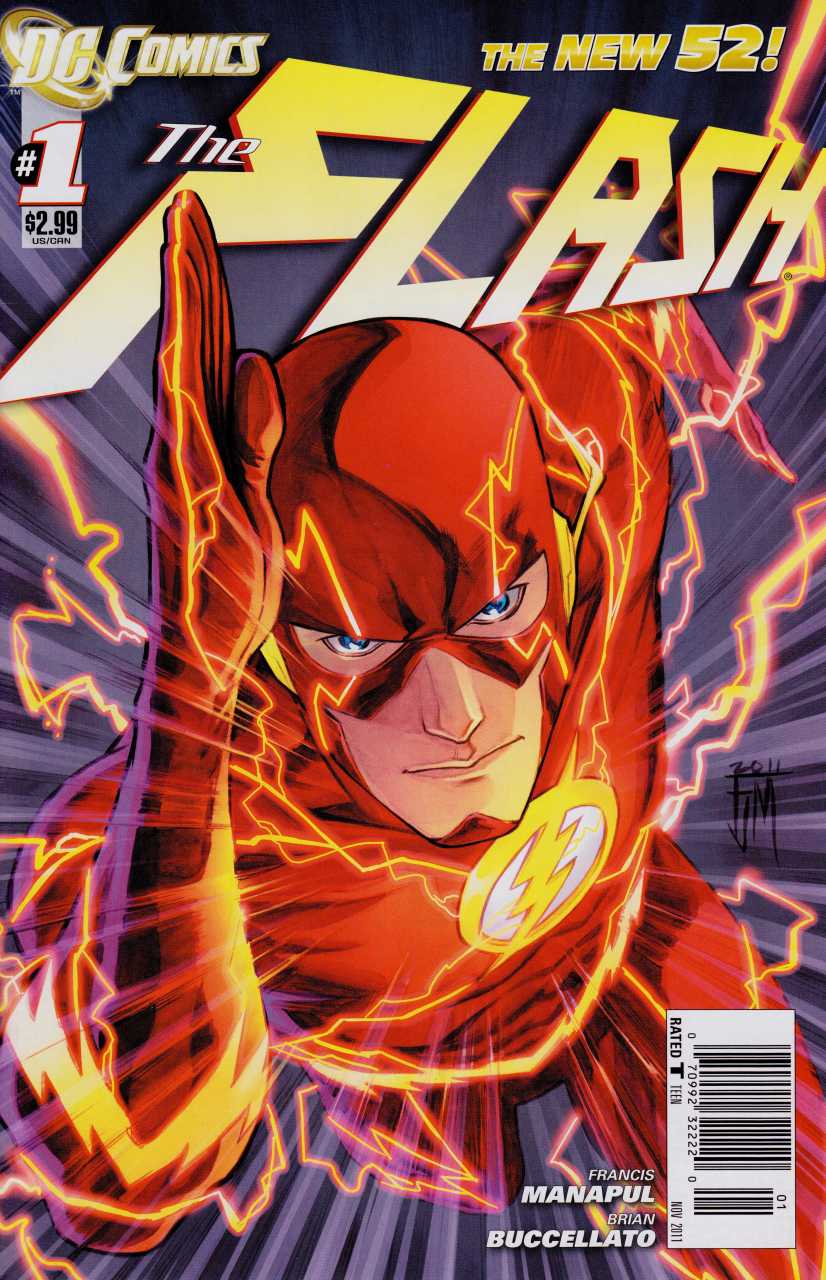 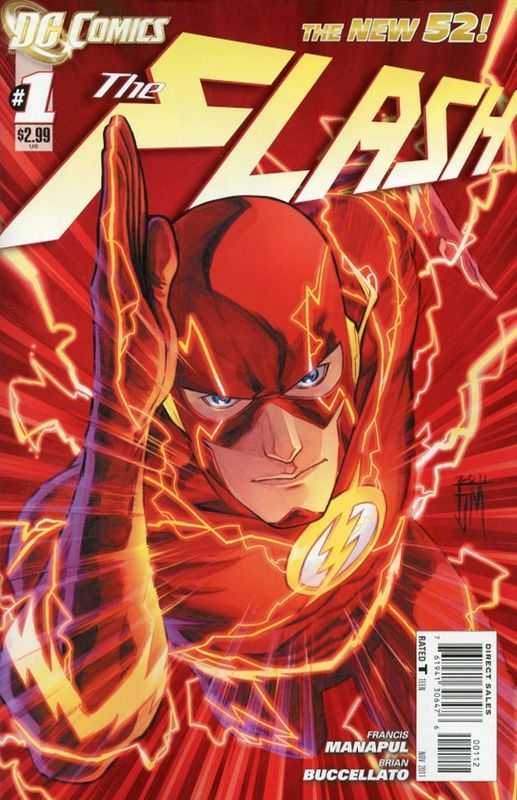 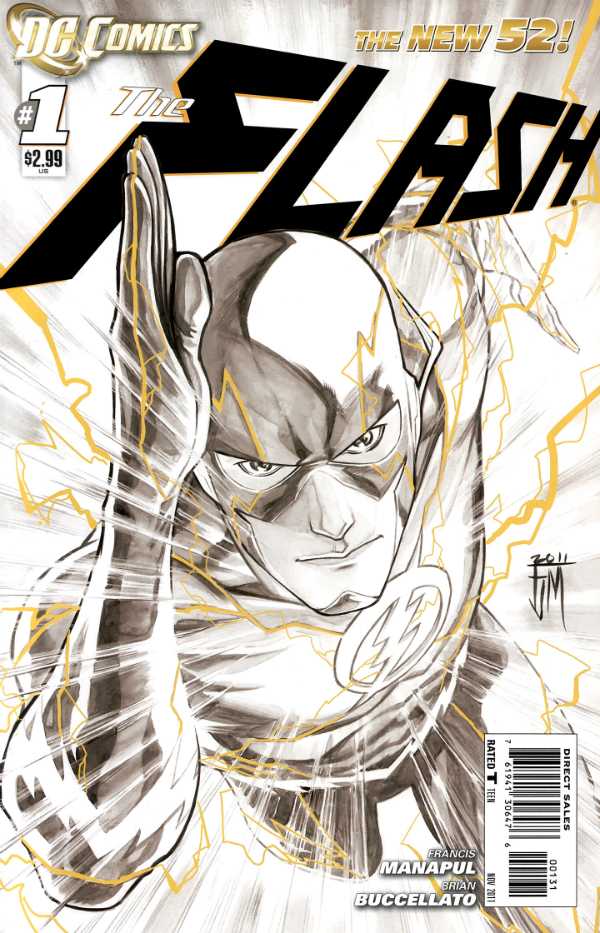 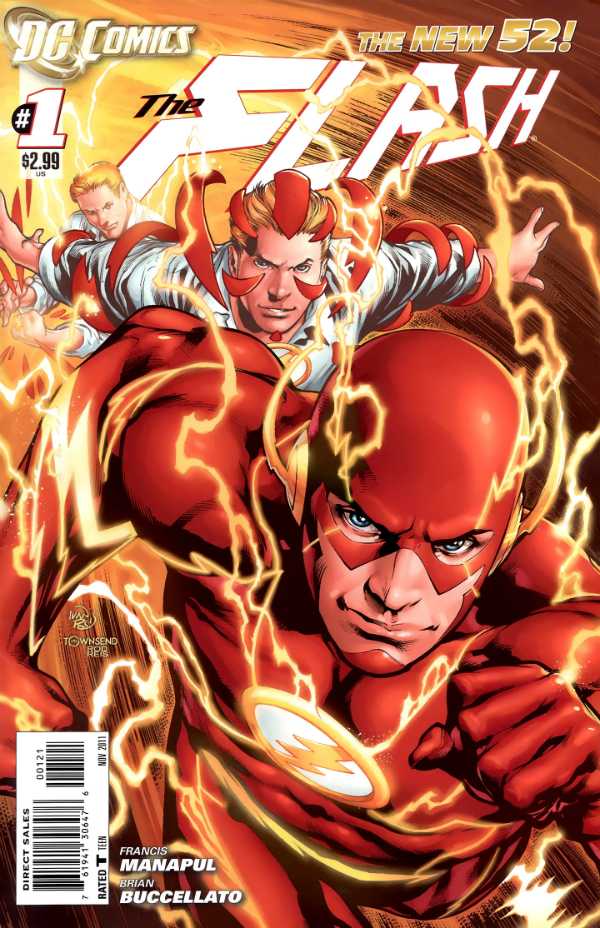