captainmarvel4ever's The Fall and Rise of Captain Atom #1 - Part One: Blowback review

So I'll admit, with life being life, January begin January, and a new Pokemon game being out, I've been a little out of comics as of late, though I can at least say I've kinda kept my ear to the ground. Which is why I was so surprised when my roommate told me this book, a new comic on one of my all time favorite comic characters was out and in stores. I was shocked, and obviously felt the need to read it.

Before I dig into the things I liked I'll preface this review by saying I have not liked the new iteration of Captain Atom which came with the start of Post Flashpoint. I like the New 52, but along with Captain Marvel and the Teen Titans, I wholeheartedly believe that Captain Atom has been the most screwed over title. A quick summary for those of you who don't know, his New 52 book basically turned him into Doctor Manhattan... the character who was based off of Captain Atom. Unlike the Titans and Marvel, I never really felt that Captain Atom's issues were hard to fix, just give a simple explanation saying the initial transformation that gave him his powers screwed with his brain, but now his body has adjusted and he's back to having his soldier mindset. Yet his book ended due to poor reception and sales in 2012 (something it looks like the comic is referencing) and we're only now getting another comic that focuses on him.

All that aside though, it seems this book aims to fix what has been broken, and give us a good story along with it. The comic shows us Captain Atom years ago, in the very early days of the Justice League when super heroes were still being accepted by the mainstream after Darkseid's invasion. Currently he's having trouble dealing with his radioactive powers, which are currently in an unstable flux. The comic shows us how this started by giving us a flashback of Atom saving a group of people from drowning, and having an encounter with the Justice League. With those sequences you get a look at Atom's personality, learn his origins, and see how his powers work. In other words, if you've never read a Captain Atom book before, then you can get into this very easily, and if you're like me and want some old fashion Captain Atom goodness, you'll like this. The art is very nice too, a perfect fit for the type of story this comic is trying to tell.

Overall this was a great issue, it works as a standalone, and get's me excited for the rest of this mini series, especially since I get the feeling it's a return to form for Captain Nathaniel Adams.

But if ya need a little more incentive, this issue was co-plotted by Greg Weisman, the man behind Gargoyles, Spectacular Spider-Man, Young Justice, and Star Wars Rebels, as well as the writer for Captain Atom's titular 1980's comic book series, which gave us the interpretation of the character most well known by modern comic fans.

Thanks for reading, hope you enjoy

Oh, and because I chose this title for the review, I'd feel bad if I didn't post this:

@stormshadow_x:Thanks, I felt a bit iffy on some of my wording, but I didn't wanna overthink it too much

I'm one of the new readers of Captain Atom and I love him already. Poor Nathaniel, so powerful an yet so fragile. I wonder what will happened to him once the minis ends?! Hope D.C. Won't neglect the potential with this great character. Ooh well

Hope D.C. Won't neglect the potential with this great character.

I actually think this is them acknowledging they have been neglecting him, and that they deserve to give him more love

If you'd ever like some recommended reading or watching for the character, let me know

@jonny1995: This comic does a fantastic job introducing you to who he is. His origin, his personality, how he interacts with others, and a taste of his powers. Plus it's being written by two writers who get the character, I definitely say it's a good place to jump in.

As for reading material, I'd say, I should read the 80s run by Cates (same writer of new minis), because that one was definitely a fantastic run, wasn't it?!

The problem is hefe in The Netherlands it's hard to find back issues. There's more current comics. And I know, digital is also an option, but I'd rather have hard copy. Then again, if I can't find it, it simply means digital.

Anyways, is there something besides 80s run, you'd recommend me?

@captainmarvel4ever: Alright. Now I know where to start with the character.

Other reviews for The Fall and Rise of Captain Atom #1 - Part One: Blowback 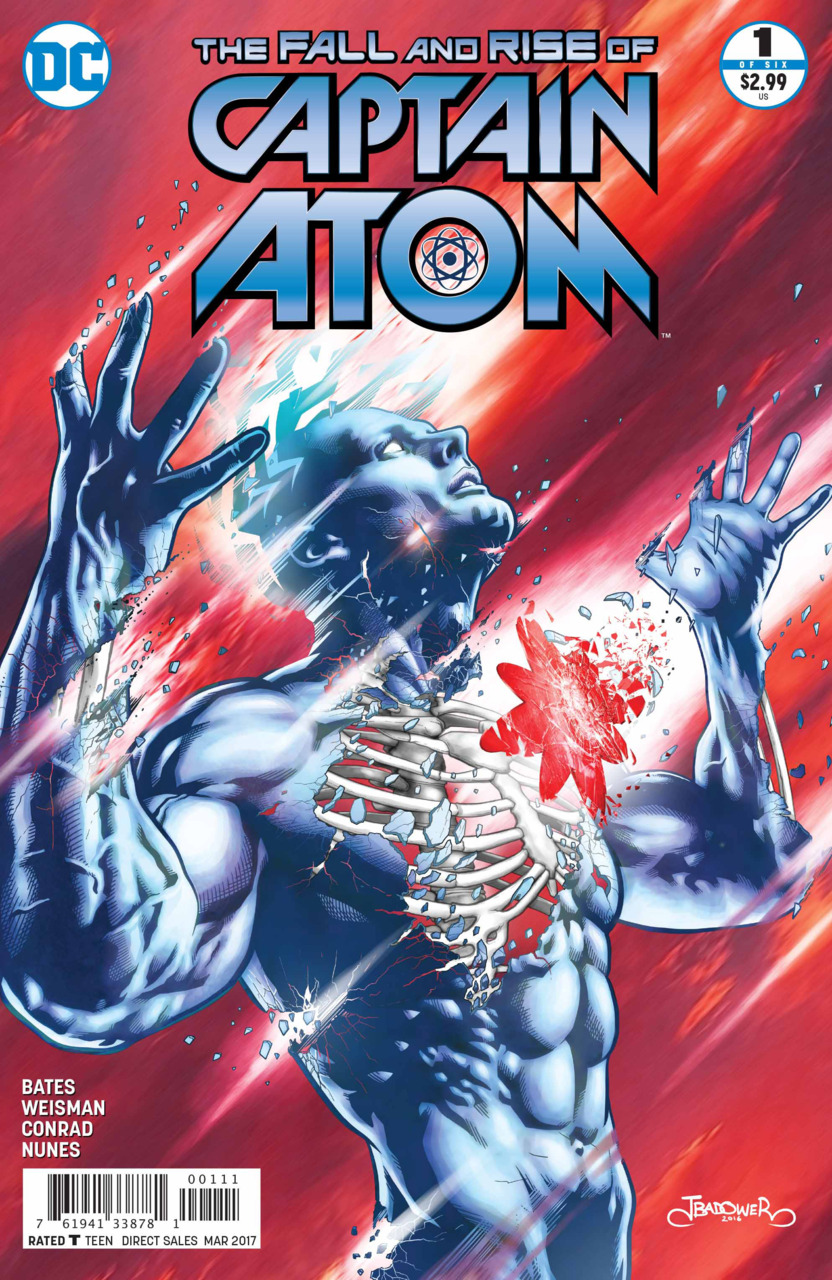 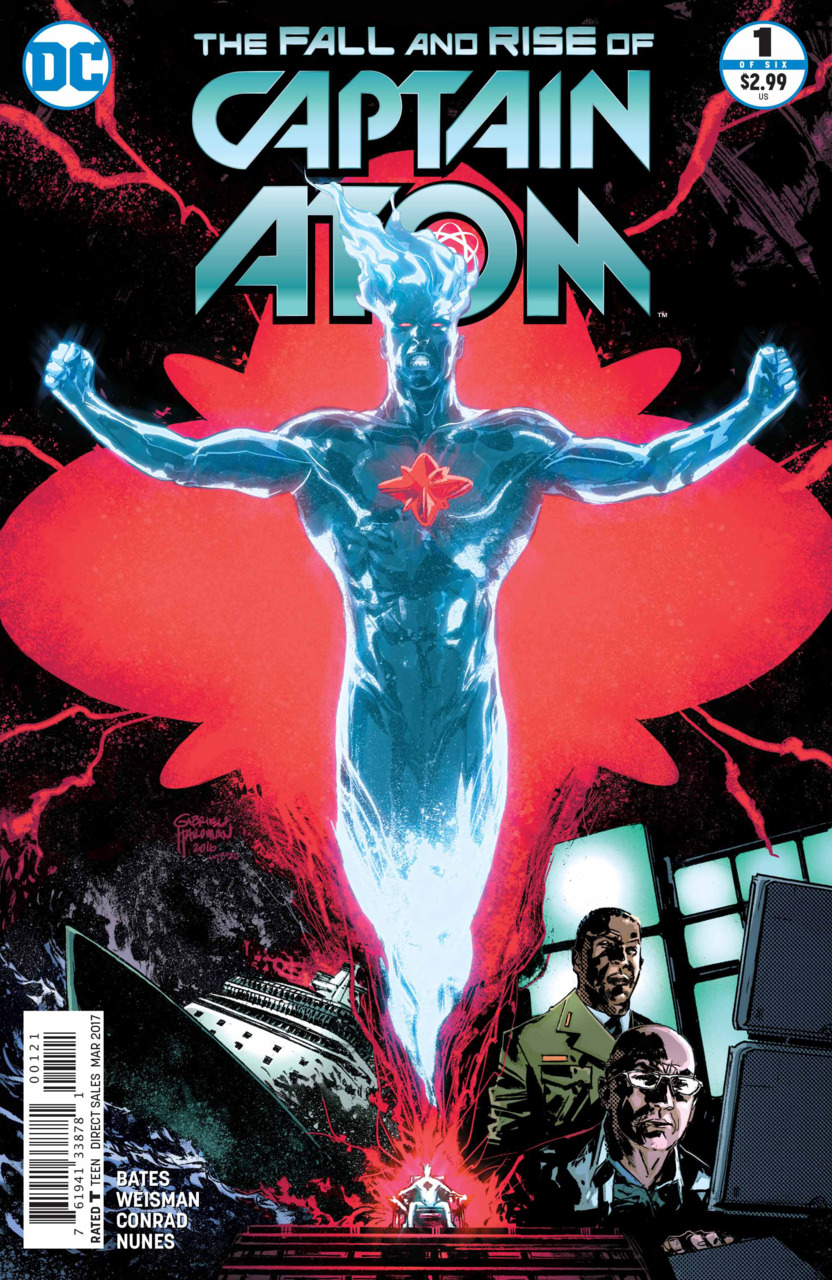