At a press conference, Harry confirms that he is coming to work with Norman Osborn and his Avengers, and is seen shaking hands with their black-suited Spider-Man (Venom). Peter is watching the replay of the conference and can't believe it, and expresses this disbelief to Harry. Harry can't bring himself to tell Peter just why he's taking the deal, which is to protect his unborn child with Lily. Harry tells Peter that he's a good friend, but that ultimately his family isn't any of his business. He leaves, and asks Peter to trust him.

Later, Spider-Man is trying to let it go, as he comes across a building on fire and tries to save the inhabitants,

Back in Queens, Peter is trying on clothes, and trying to talk to May and Jay about the Osborn situation. As May leaves for a bit, leaving Jay and Peter to talk, they talk about what Osborn said about Jay at the dinner party in the last issue. Jameson reveals his past history, as he went AWOL from the military to travel back to America to be with his wife when she was giving birth to Jonah, however she died in childbirth. Jay tells Peter that in regards to his situation with Harry, he should always do what his gut tells him is right.

Later, Harry gets innoculated against certain pathogens that he can be exposed to in Avengers Tower, in the secure areas, and as that happens, Lily watches from another location on her security camera monitor.

Peter sits at Gwen Stacy's grave and tries to talk to her about what he should do, to talk things through, finally deciding that Harry does need him. When Peter goes into Midtown Manhattan later, he runs into Norah, and discovers that she's undercover at Avengers Tower. She tries to Peter to work with her, but he's too worried for her safety, so she gets upset at him and leaves. Peter sees Venom and Hawkeye going by, and realizes he just can't let it go.

Later, in the Bronx, Gargan starts talking to a streetwalker, finally using his symbiote to attack her, while nearby Bullseye as Hawkeye is babysitting him, and kills a rat out of boredom with some change. As Venom threatens the girl, Spider-Man shows up with a brown noise generation which uses sub-harmonics, which hurt the symbiote and scramble it off of his body. Venom tries to yell out, but he's encased in a force bubble by Invisible Woman, so Bullseye has no idea what's happening. Peter secures Venom into a containment chamber created by Reed Richards, as Invisible Woman makes her self known, and gives Peter a costume that is made of unstable molecules, and is tweaked to make his mask look like Venom's face.

At Avengers tower, Harry Osborn wakes up in his room and uses a gizmo to disrupt the cameras in his room, and runs out to find Lily and save her.

Meanwhile, Norman gathers his Avengers, now including Peter as a Venom-stand- in, and tells them that he's got plans for something new called American Son. Daken (Dark Wolverine) notices something wrong about Spider-Man's smell... 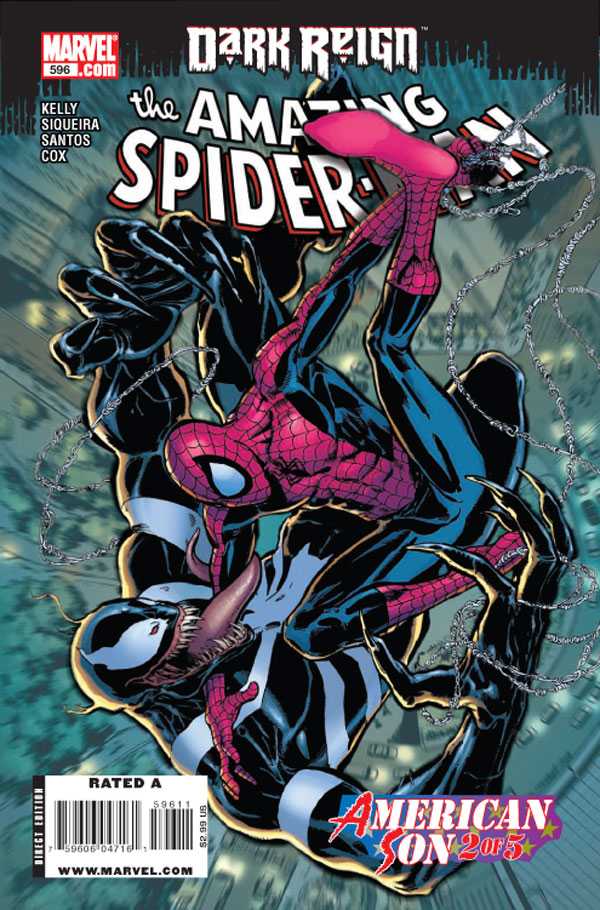 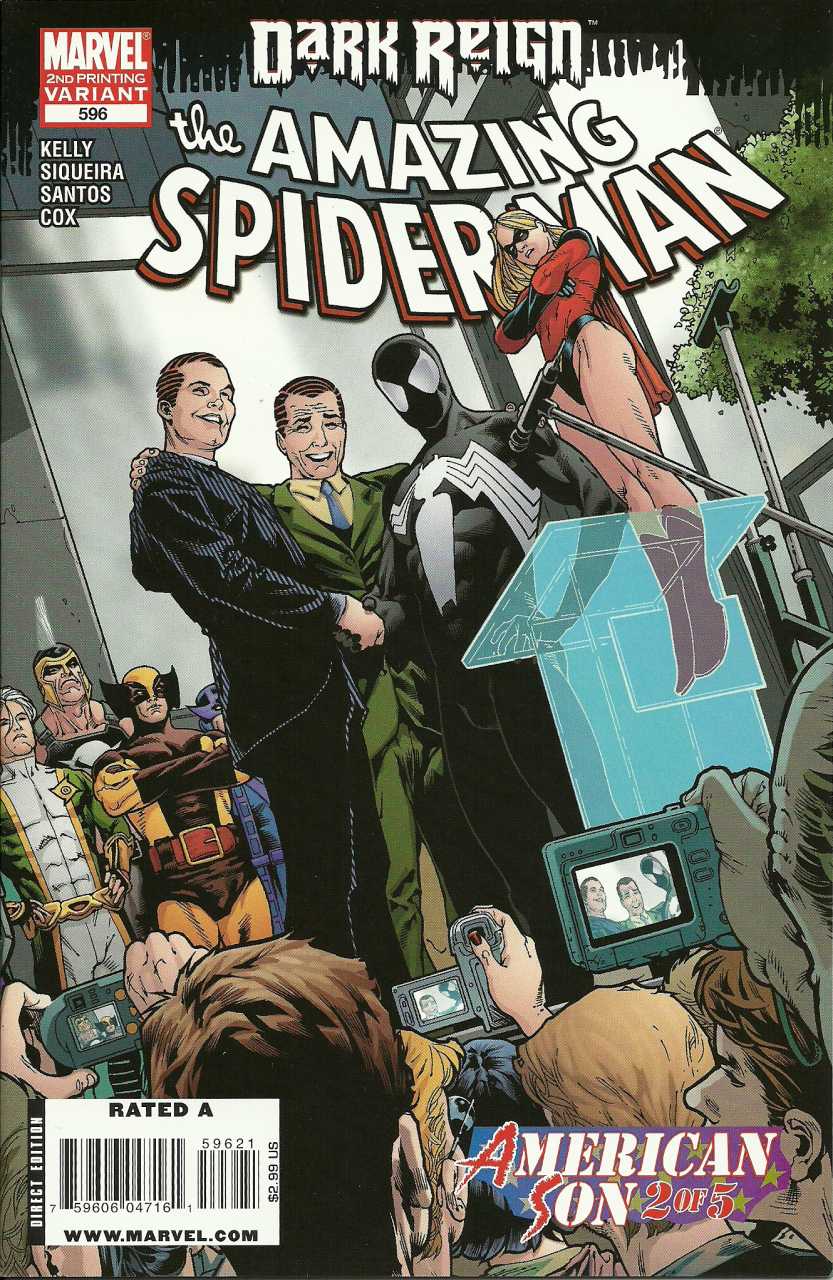