At the F.E.A.S.T. Center, May Parker is disappointed that Peter is late arriving. She sees a report on the TV about the subway car accident, but disregards it upon finding out that it was a private car for the sequestered jurors in t he case against Giacomo.

Meanwhile, Peter tries to quickly web up the ceiling as much as possible, but it's still not holding. Spider-Man tries to get Shocker to reveal how he got down to this level, so that they can all manage to escape with their lives. He threatens Shocker, and finally gets a response, but it would lead them up through the broken ceiling. Spider-Man puts on one of Shocker's gauntlets, and tries to use it to shake some of the ceiling free.

Meanwhile, J. Jonah Jameson and Marla begin their divorce proceedings with their lawyer. In the middle of the meeting, Jonah sees a news report about the jurors, and sees his father in the background in one of them. He hastily departs the meeting.

Back underground, Spider-Man is slightly buried, but is soon rescued by the jurors, who dig him out. They've shaken free a small tunnel upwards, so Spider-Man and JJJ Sr climb up it. They create a small platform out of webbing and beams that Spider-Man can use to hoist up the other jurors and survivors. Spider-Man strains as he pulls them up, and Jameson keeps the spider-light focused on the survivors. Spider-Man keeps struggling, as he and Jameson try to talk. Shocker, now up the makeshift lift, finds a real flashlight, and not just a spider-light, and flashes it on Spider-Man, revealing that he's being swarmed with rats as he strains himself and holds the webbing that is connected to the platform he was previously raising.

When everyone gets up and off the lift, Spidey uses the Shocker's gauntlet at a low setting to vibrate all of the rats off of him and down into the hole below. The water is rising fast below, as the group wades through the entire mess, up to their mid-sections. Just before they make it to the rescue team, Shocker hits a button on his belt and Shocker's gauntlet, which Spider-Man is now wearing, shoots off a blast, sealing Spidey and his group off yet again. Spider-Man finds a small vent leading out onto the street level and helps everyone up to it and through it, and suddenly Jameson disappears, below the rising water. Spider-Man manages to grab him and bring him up to the street level. Spider-Man leaves him when he sees JJJ, and taunts him for a moment, to introduce him to his estranged father. However, Jameson Sr. has already disappeared into the shadows...

Other reviews for The Amazing Spider-Man #579 - Unscheduled Stop, Part 2

The third edition of my video review series. I'm starting to get a bit more comfortable in front of the camera, so hopefully the delivery has improved to match.  ... 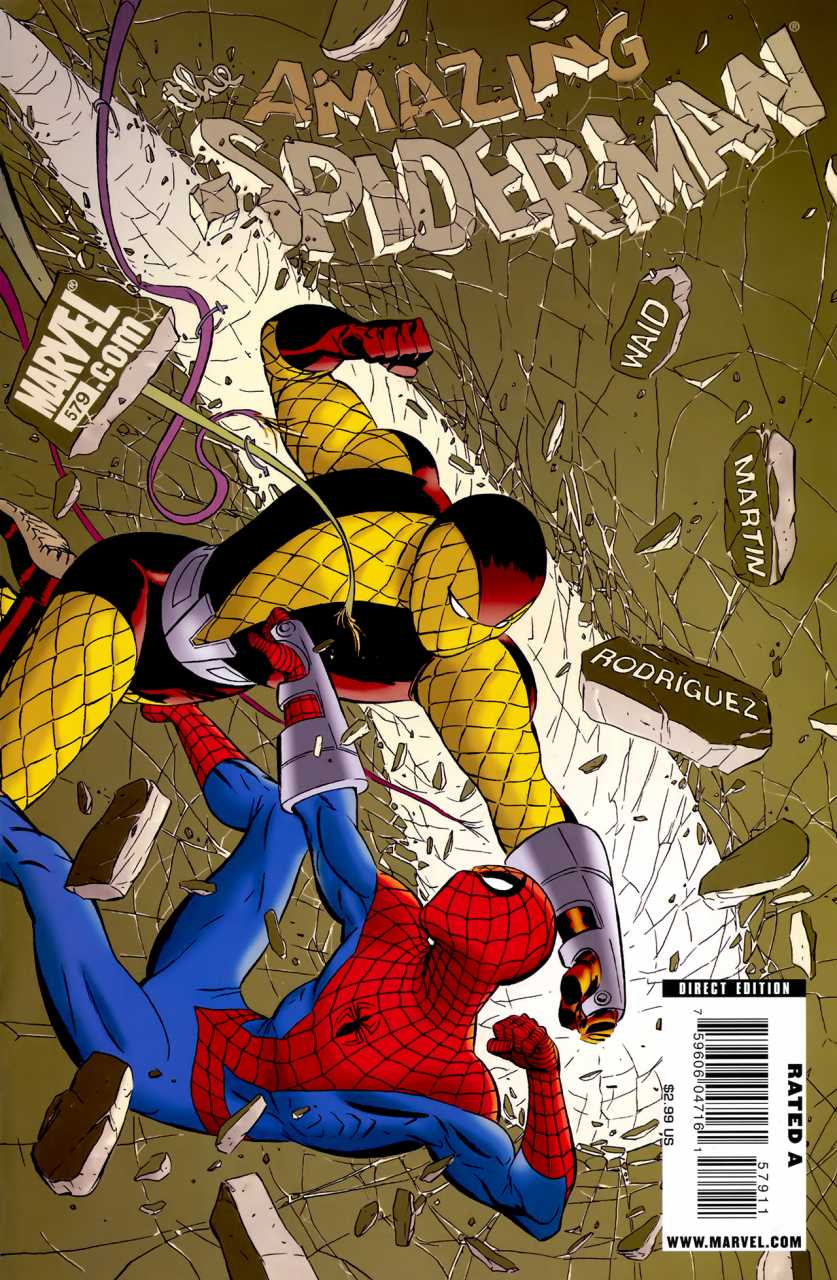 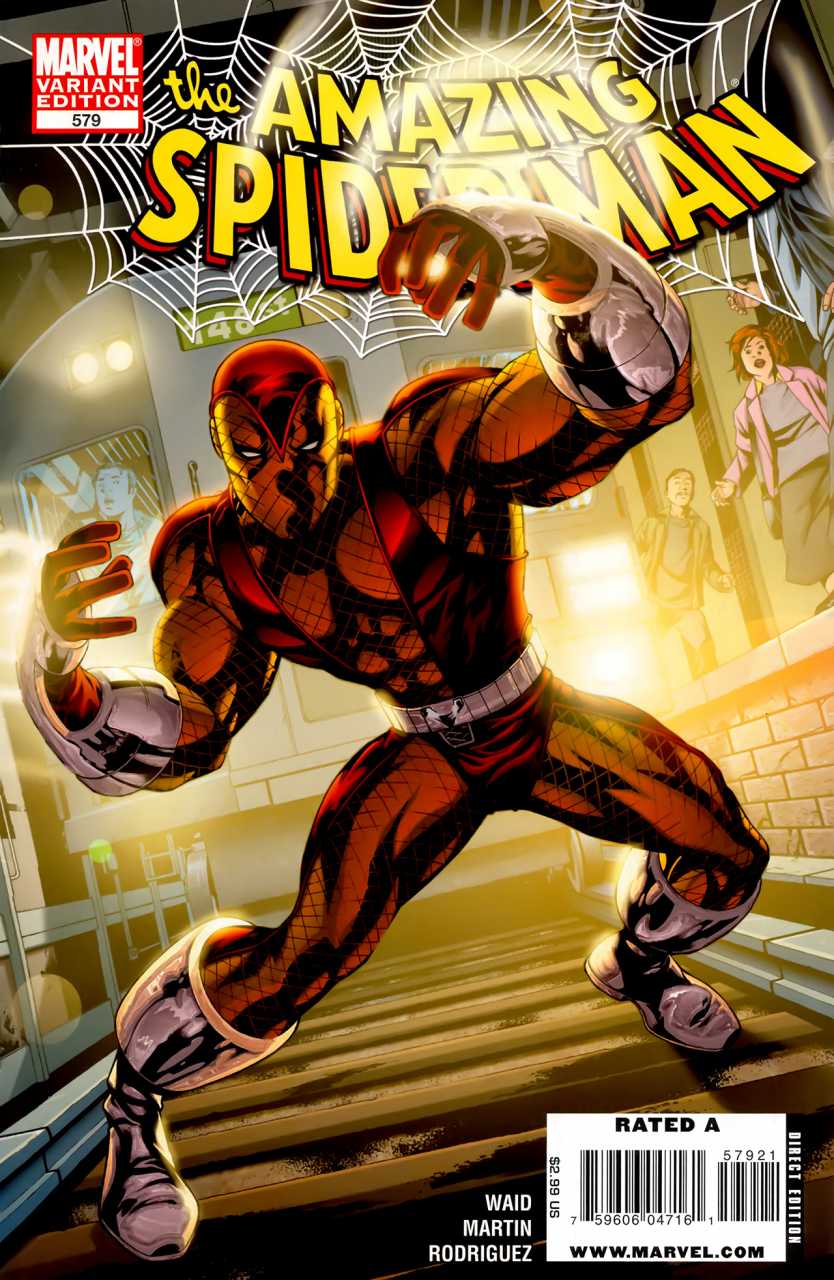